Jamaal Charles on What Changed When Andy Reid Came to KC | si.com

“One day, Coach Reid called me into the office,” Charles said, before beginning to paraphrase Reid. “‘Hey, I got these five plays right here on the board right here, we’re thinking about giving you the ball right here.’ I never had no coach approach me like this. ‘Hey, come talk to me in the office, I got these plays drawn up just for you.’ And I’m like, I’m hyped up! So stuff like that, Coach Reid, he does it his way and he knows his way is successful.”

Can the Chiefs Continue to Ride the Wave Against the Raiders? | si.com

After beating the New York Giants on Monday Night Football in Week 8, the Chiefs were faced with an uphill battle over the next three weeks of the season that lead up to their bye week. They were going to have to go through three first-place teams in a row.

Through Week 8, the Chiefs were 0-4 against first-place teams. The outlook was not great. Personally, I was hoping the Chiefs would be able to go 1-2 over the next three weeks, with the Chiefs facing the Green Bay Packers at home, Las Vegas Raiders on the road, and Dallas Cowboys at home in consecutive weeks.

Raiders-Chiefs Have a Storied History | si.com

During their years in Oakland, Los Angeles and now Las Vegas, the Raiders have played the arch-rival Kansas City Chiefs more than any other team heading into Sunday night’s game against KC at Allegiant Stadium in Las Vegas.

Well, actually, the Raiders have also faced the Denver Broncos and Los Angeles Chargers 124 times, but already have played each of those teams once this season, and when the year is over the count will be Raiders vs. Chiefs 126, and Raiders-Broncos vs. Raiders-Chargers both 125 each.

While Hitchens was out with an injury elbow injury suffered in Week 6, he played an instrumental role in training the next MIKE linebacker for Kansas City in rookie Nick Bolton. Since then, the rookie has proven he belongs as a centerpiece of an NFL defense, producing in crazy numbers while also helping to keep the unit fundamentally sound as their de facto quarterback. Hitchens commented on the rookie’s development ahead of Wednesday’s practice, praising the hard work Bolton has put in, while also taking some credit for his role as a positional mentor.

According to the NFL’s official personnel notice, the Chiefs have placed RT Mike Remmers on injured reserve. Remmers has started games against the Washington Football Team and Tennessee Titans this season, relieving first-year RT Lucas Niang from his original starting spot. The 32-year-old veteran lineman first showed up on the injury report as a limited participant on Friday ahead of the Chiefs’ Monday Night Football game against the New York Giants. Andy Reid has described the injury as swelling, but after two weeks they’ve decided that a stay on injured reserve is the right move. 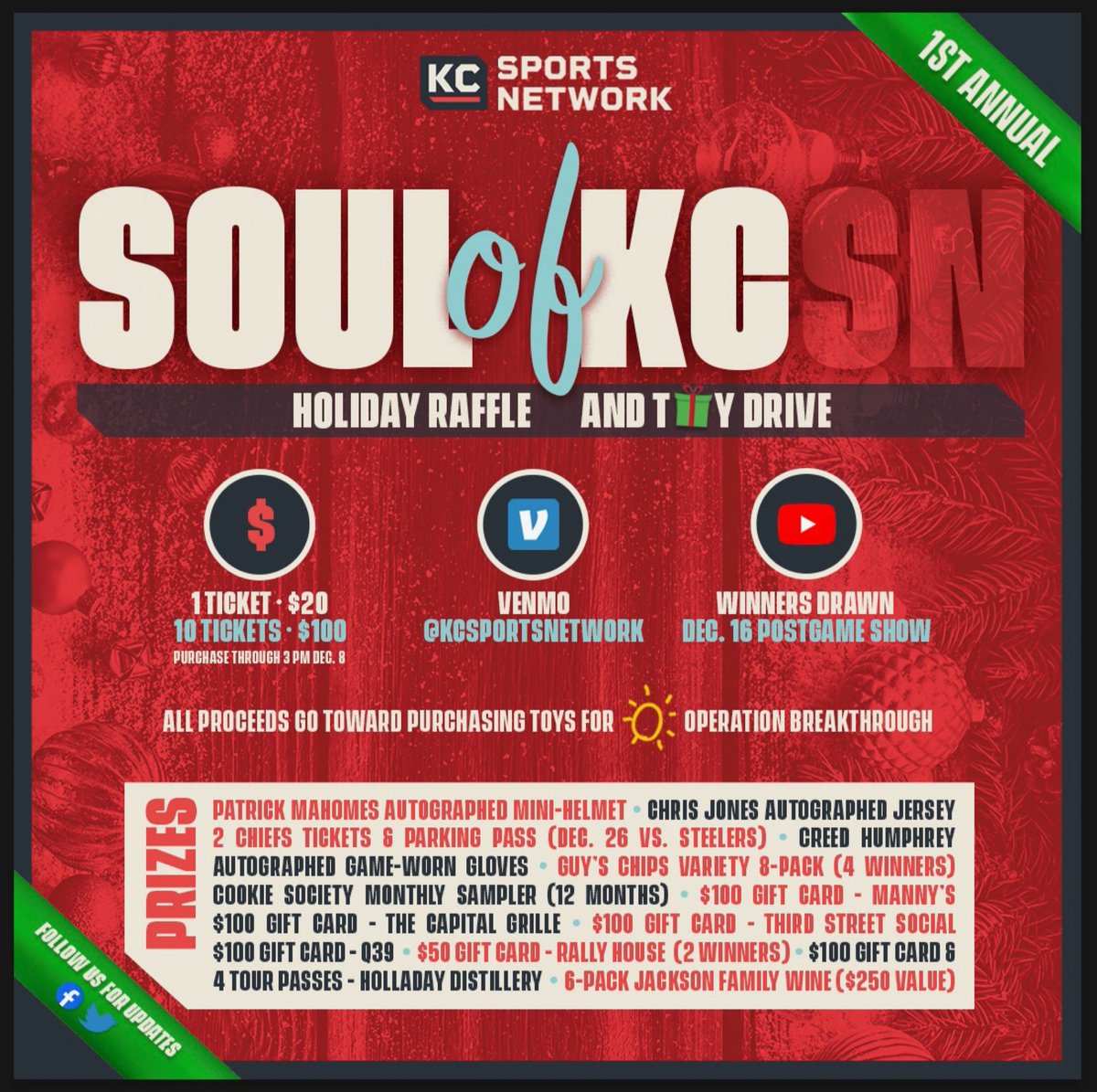 Lot of phenomenal causes to support on #GivingTuesday.

We appreciate everyone who has already supported our drive @KCSportsNetwork.

It’s an amazing reminder of the generosity of our community.

Tyrann Mathieu was not listed on today's injury report for the Chiefs, which indicates he isn't bothered by the sore knee that popped up before the Cowboys game. A good sign for him going forward. 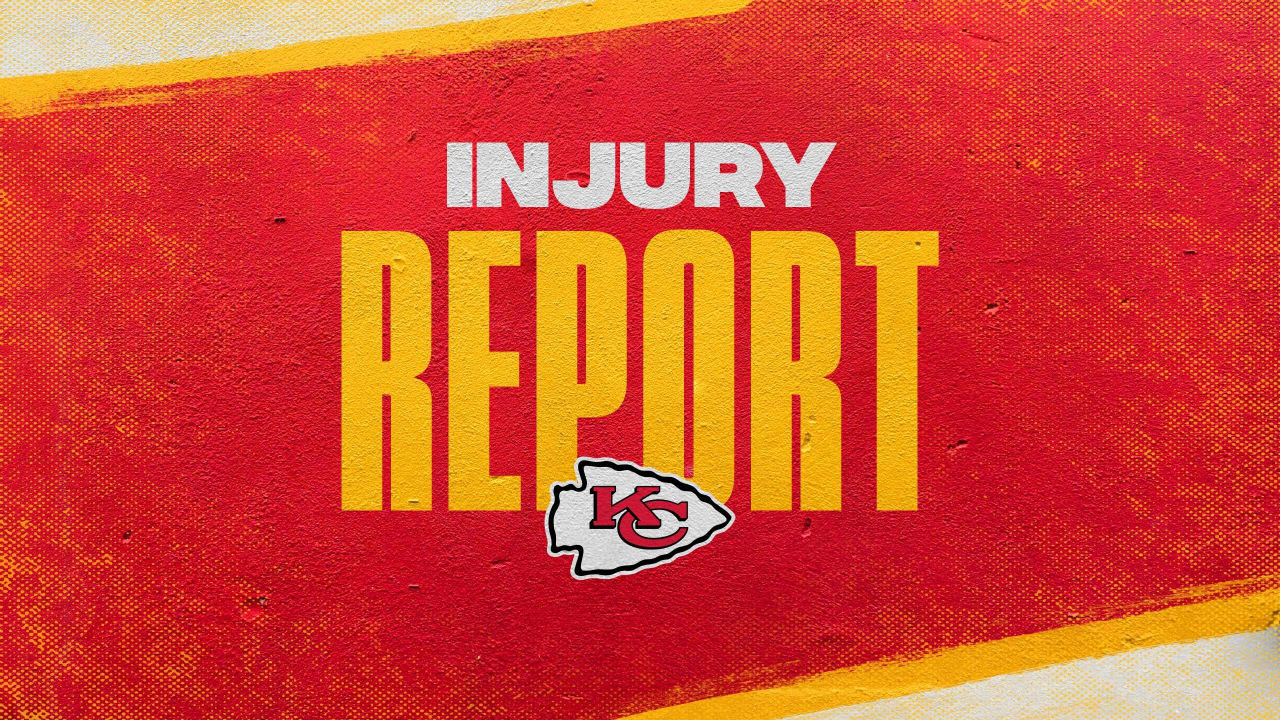 Injuries for the Chiefs Week 13 matchup against the Denver Broncos

Loudest stadium in the business.

I think Humphrey has been even better than Morse was as a rookie. Which is very, very high praise.

@RealMNchiefsfan How does Creed compare to your man child Mitt, during his rookie year?

Congrats to @ArmyWP_Football commit @dillonstowers3 for taking home the #NFLWayToPlay High School Award with this technique – earning his @LCA_Athletics a $1,500 equipment grant! 👏

Coaches get your nominations in HERE: http://ops.nfl.com/32v59rn

I just want kids to know and believe in your hearts that you can still accomplish every single one of your dreams even if you have been diagnosed with Type 1 Diabetes! Manage it correctly and you can be anything want to be in this life! @JDRF #T1D 🙏🏾

Use #ProBowlVote and the player's first and last name to submit your vote.

“You don’t have to let your heart slow you down.”

We tack on a field goal…

Totally Random Post – I am taking a break from the simulations – Here are the current leaders for the stats – the best of the worst right now.

I would imagine that we will see Blake Bell quite a bit in the game lined up next to Wylie.

From checking in with AG yesterday it arose that there are a couple of birthday boys, Anthony and Zulu, so hippo birdie two ewes.

My boy was gambling with CHRIS COLLINGSWORTH. In his drunken stuper LOL

You keep adding Chiefs TDS, one at a time, I feel your optimism. Fuck the raiders.

Oh what the hell

Some of you may not get it now but I am fourteen simulations into my project – the ultimate simulated tournament to determine the best team ever. Every professional football team was entered into the tournament. Stats are produced for coaches and players – the longer a team lasts – the more points they receive. I am loving every minute of this action.

The only bad matchup we have is Wylie v Crosby. This is the game where the offense gets their shit together as the Chiefs move forward in the division.

Technically, I see a three man race. Brady – who has the clear lead. The Murray/Stafford winner – whoever ends up having the better record. AND Mahomes who needs to dominate in the second half of the season and control the statistics.

Everything is all right in the world as long as the Chiefs beat the Raiders.

But when you come against the CHIEFS…
I am comin’, and PAIN is comin’ with me!

OakVegas – if you’re ready for a fight,
Then you’re in the right place tonight!

Game Day!! Now time to hit the woods for a little challenge of my own. Go CHIEFS! And FUCK THE RAIDERS!!