With Sneed out of the lineup, an already thin secondary will be tested even more. Bashaud Breeland won’t be able to return until after the team’s next game against the New England Patriots on Sunday due to a four-game suspension levied this offseason. Charvarius Ward was able to play but is still dealing with a fractured hand. Rashad Fenton will likely slide in outside opposite Ward as the team prepares for Cam Newton and the Pats.

Losing L’Jarius Sneed Hurts, but the Chiefs Can Weather the Storm | SI.com

Losing a promising young player is never easy, and it’s not like cornerback was one of the Chiefs’ strongest positions heading into the 2020 season. On the other hand, the trio of Ward, Breeland and Fenton should offset most of the production missing from Sneed while he’s out. Can they track the ball like him? Maybe not. Are they as athletic as him? No way. But Ward is good, Breeland is solid and Fenton is serviceable. That will play, and the Chiefs will welcome Sneed back with open arms once he’s healthy later in the season. After all, it’s a marathon — not a sprint.

If the Chiefs want to increase their efficiency, though, they should consider removing backup running back Darrel Williams from the game plan and giving more opportunities to second-year man Darwin Thompson. While Williams has averaged an underwhelming 3.2 yards per carry, Thompson has averaged 5.3 yards per rush. The LSU product has caught five passes but has averaged just four yards per reception, and his longest run of the season has been for seven yards.

This comes after a stellar performance on “Monday Night Football” against the Baltimore Ravens, where Mahomes dismantled what was at the time considered the top defense in the NFL. Mahomes completed 31-of-42 passes for 385 yards and four passing touchdowns, en route to becoming the fastest player in NFL history to 10,000 career passing yards. He also rushed for another touchdown on the ground, bringing his total to five.

Our big example of why these depth charts are considered unofficial. Andrew Wylie was a scratch before the game due to a severe stomach illness. Instead of Yasir Durant filling in as the depth chart would suggest, it was veteran OL Mike Remmers getting the start at left guard. He’s been the swing offensive lineman for basically every position for Kansas City since training camp.

Mike Pennel, in his return from a two-game suspension, had seven more snaps to rookie DT Tershawn Wharton. I expected Pennel to get more snaps, especially against a run-heavy team like Baltimore. He seems to be the third player up in the interior rotation behind Chris Jones and Derrick Nnadi.

“I’d say [reserve quarterback] Matt Moore or someone like that who’s responsible,” Mahomes said regarding who’s on the babysitter list. As for who’s not, Mahomes said, “I can’t let Trav [Travis Kelce] or anybody [babysit]. You never know what would happen.”

“It’s extremely exciting,” Mahomes said. “Being able to grow up and having these dreams of having a family and playing in the NFL, those things have started happening and coming into truth and everything like that. I’m just excited that I have a lot of great people around me and I’m in a great organization and I’m able to live out these dreams day to day.”

Nike is releasing new versions of its Air Zoom Pegasus 37 running shoes with NFL team logos and colors, including Kansas City’s beloved red and gold. Chiefs fans can pick up a pair of the Nike Air Zoom Pegasus 37 in the Chiefs’ colorway starting this Thursday at DICK’S Sporting Goods with contactless curbside pickup or order them online.

Are you kidding me? A team finally steps up and knocks the pats off of their perch, and this yahoo wants to go backwards? I guess some people are so afraid of greatness that they’ll root for the past. Unbelievably stupid and myopic opinion. East coast bias at it’s worst.

.@KyleBrandt doesn’t care who your favorite team is, this weekend you should be rooting for the Patriots.

Whoever wrote that B/R piece obviously didn’t watch the Ravens game. I love Darwin, but he singlehandedly accounted for at least a 10 point swing in the wrong direction. So I don’t think Darrel is going anywhere.

At least. Can’t be trusted.

“Our equipment staff keeps having to stitch my jersey up. That’s all I’m going to say about that.” @BrandonW_66

Dude needs to lay off the donuts.

That’s what I was thinking.

I’m not a sneaker guy myself, but those are sick! 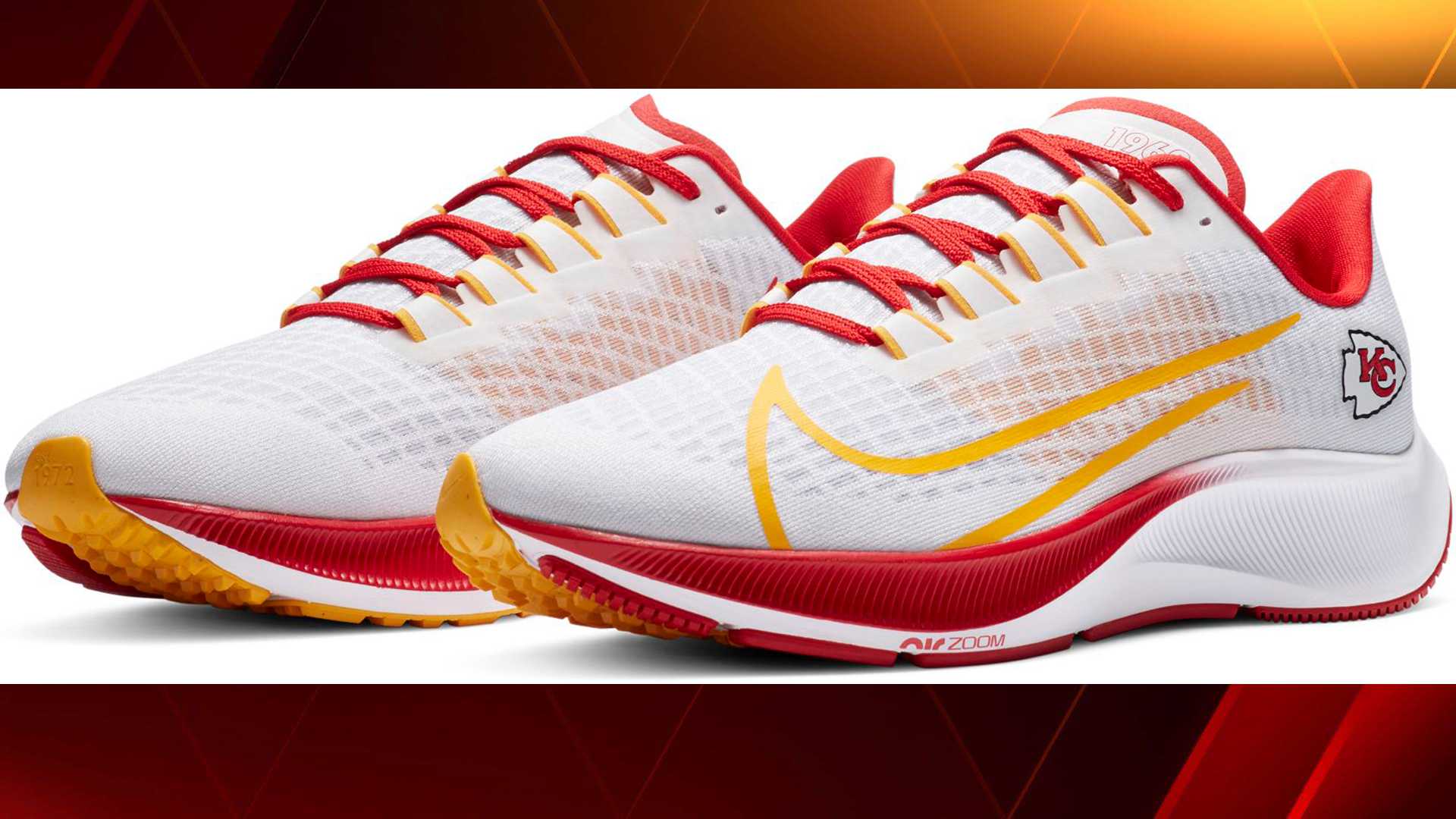 They do look good, good enough I actually went and checked on them and remembered this is why I have no Nikes and don’t like the company. They aren’t even offered in a normal wide option, much less the EE or EEE I usually get.