“I think there’s always more to achieve,” Smith said of the play up front after 16 games. “You could play for 10-plus years and there’s always something you can do better, something you can learn. I’m not satisfied with where I’m at. There are a lot of things I can do better. Being more consistent in my game and that’s once again, not only on the field on Sundays or Saturdays this week, but it’s every day in practice, it’s building better habits every day as I go on.”

NFL Week 17 – The Chiefs lost a heartbreaker in a bit of a bizarre finish against the Bengals this past Sunday. They tied the game at 31-31 with about six minutes to go but never saw the ball again. After a penalty gave the Bengals a fresh set of downs at the goal line, Cincinnati kneeled the ball out and kicked a field goal with no time on the clock. It had to be an agonizing drive for the Chiefs offense to watch from the sidelines.

Even though Denver has been eliminated from playoff contention, and doesn’t have much to play for, they’re still a dangerous team. I expect the Chiefs are treating them as such in their preparations this week. The last thing they can afford to do is overlook this opponent with an eye toward the playoffs. After the disappointing loss to the Bengals in Week 17, this squad needs to execute a complete game plan against a divisional opponent to close out the season. Offense, defense and special teams — all executed at a high level.

Behind Enemy Lines: 5 questions with Broncos Wire for Week 18 | chiefswire

The Kansas City Chiefs are gearing up to face the Denver Broncos in the regular-season finale on Saturday afternoon in Week 18. They’ve already clinched the AFC West and a playoff spot, but seeding is still at stake for the Chiefs.

To learn more about Kansas City’s opponent, we spoke with managing editor Jon Heath over at Broncos Wire and asked him a few questions.

This is the first time that Rogers and his crew have officiated a Chiefs game this season. The last time they officiated a game for Kansas City was also the first time. It was in 2020 of Week 7, which was a 43-16 win over the Broncos in Denver. Rogers’ crew called a single penalty on the Chiefs during that game while calling four penalties on the Broncos.

Voice of the Chiefs Mitch Holthus and Chiefs Reporter Matt McMullen – plus various special guests – break down the latest news and storylines in Chiefs Kingdom.

James Palmer highlights what to watch for in Chiefs-Broncos | nfl.com

Six Stats to Know for Week 18 | Chiefs vs. Broncos | chiefs.com

Chiefs reporter Matt McMullen breaks down six stats to know for the Chiefs Week 18 matchup against the Denver Broncos.

The Kansas City Chiefs and Denver Broncos could be playing in wet conditions when they face off at Empower Field at Mile High Stadium on Saturday.

With just 37 more yards on the ground or through the air against the Denver Broncos on Saturday, Williams will hit 1,000 yards from scrimmage for the first time in his career. It’s something that he set out to achieve from the jump this season.

The Kansas City Chiefs and Denver Broncos have released their third and final injury reports of the week on Thursday. You can find the injury reports from earlier this week here: Tuesday — Wednesday.

Welcome to the new normal.

Oh YAAA! @RealMNchiefsfan and I hit the ol' Youtube at 6pm CT for Chief in the North LIVE!
Join us! ⤵️

Carlos Dunlap is a 12-year veteran who has 96 career sacks to his name. He racked up 8.5 sacks last season and earned the No. 26 overall PFF grade among defensive ends with 400+ snaps. The 6-foot-6 pass-rusher also batted six passes at the line last year.

This is a big pickup! 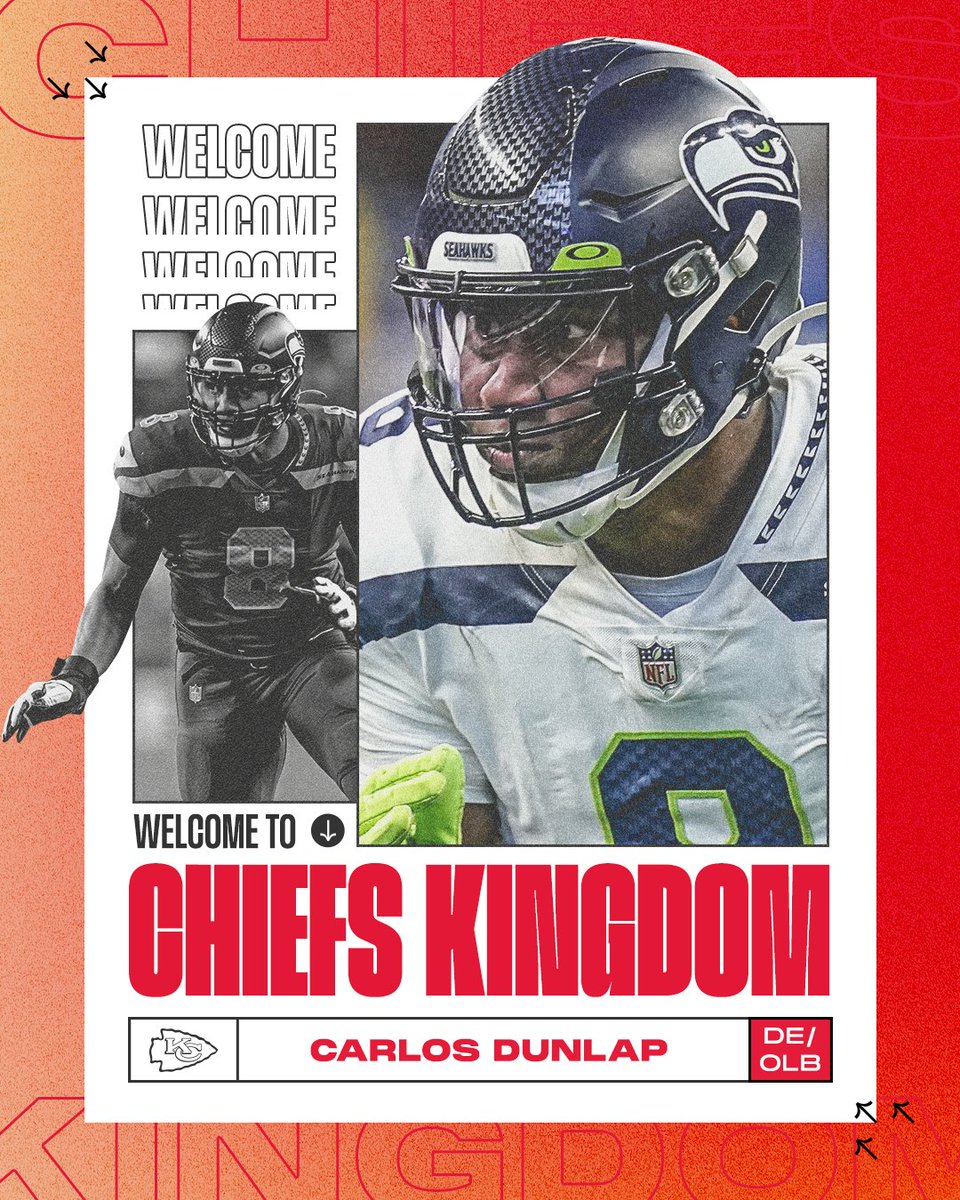 Here is a statement from Brittany Bowlen on stepping down

Tampa looks good on you, @juliojones_11 😄

📺: Back Together Saturday returns July 30 on @nflnetwork

PODCAST: @RapSheet joined the heroes yesterday and told the story of uncovering Kyler Murray's "independent study" clause. Plus we react to news and sounds from training camps across the league. 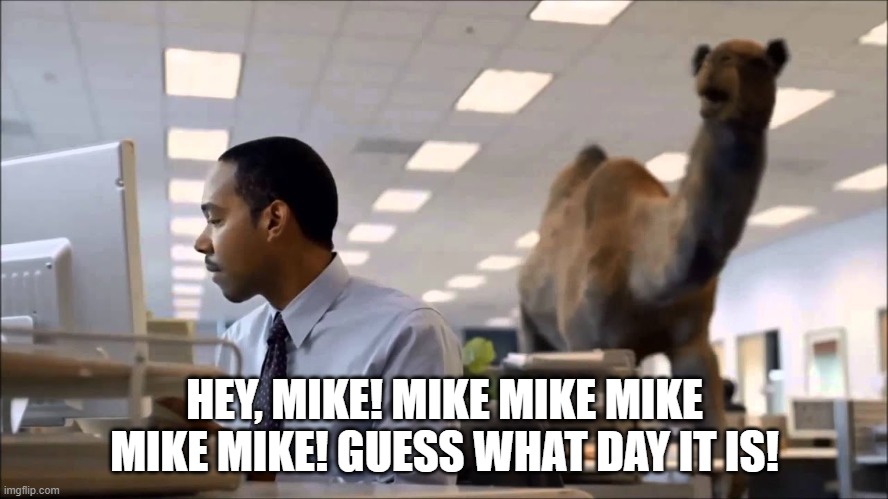 Kaindoh gets activated who does he replace?

Denver: If you’re ready for a FIGHT,
Then you’re in the right place tonight!

Game day! I did wear red yesterday, and all.

So, going through my poems on my day off, I found that what would you know? I’ve written 38 of them this year! Amazing! Hadn’t realized it was so many. I am even more certain I want to make these into an e-book and sell them to benefit charity this year.

What Chiefs’ players’ charity or foundation should I choose? I have a few thoughts but want your opinions.

Fantastic idea. Not sure which charity – cannot lose no matter what you choose.

Yeah, I think that’s a scam and not a real charity.

you’re being too kind

https://www.dnnadifoundation.org/
https://rare.us/rare-animals/derrick-nnadi-adoption-fees/
Derrick Nnandi. Good VA native, picks up pet adoption fees along with other things, not such a huge star that he could fund it all by himself.

Great suggestion. I had not considered this one but I will include it in my list of possibilities.

I really wish I knew who the DV idiot was. I’m concerned someone can have such a miserable life while we are 12-5. Sad, sad, sad

Assuming 100 receptions and a 1000 yards receiving per season, Kelce needs six more banner seasons to be right behind Tony G. Knowing he will slow down at some point – the numbers will slowly start to drop – will he have enough juice to be on top of both of these lists before he joins the Hall of Fame?

HoF? yeah, most likely … that said, he might pass 1k in receptions, and MAYBE pass Witten in yards (wouldn’t bet on it) but most likely HoF-worthy numbers time it’s all said and done

Top Twelve DT – Please vote for as many as four

Note: I personally found this the hardest one to decide.

Olsen, Greene, Buchanan, everyone else.

My daughter voted for Greene, Sapp, Randle, and Buchanan

I would add Wilfork. I think as much as anyone on those NE teams, he was resposnsible for how well those defenses performed. Maybe the best runstopping DT of the last 20 years.

Top Twelve Receiver – Please vote for as many as four

My daughter voted for Rice, TO, Moss, and Steve Smith.

Here are the last two votes for the first round of the tournament. I will then complete the bracket and bracket play is scheduled to start on Monday. A very sincere thank you to all of those who have participated. Nothing sucks more than working hard on something and having it being ignored by the group. The interaction has been golden.

This has been really interesting and fun. Thank you so much EA for taking this on. I have enjoyed it.

Shows how diverse our opinions can be. Had I been the only one picking – the field would be very different. Around two thirds of my picks have moved on to the bracket. Hope the bracket proves to be just as interesting.