Are You Ready For Some Football ?

According to reports from the KC Star’s Jesse Newell and Nate Taylor of The Athletic, Clark is still recovering from a bout with COVID-19. He told reporters in the locker room that he felt symptoms come on after the team’s final preseason game back on Aug. 25th. He tested positive for COVID and spent the following week-plus recovering before eventually testing negative.

Andy Reid said that barring a setback, Clark should be ready to play come Sunday.

Ahead of the Week 1 tilt against the Arizona Cardinals, Toub is both excited and nervous. He’s replacing thousands of snaps over last season’s special teams unit and primarily with rookies and newcomers. Asked about what excites him most and what terrifies him most, Toub explained that it’s the same thing.

“I’m excited about what we have (and) I can’t wait to see them when the live bullets come and see how they handle it. But I feel pretty good about them. They’re going to make some mistakes and there’s going to be some things that surprise you like ‘why’d you do that?’ but I think, in the long run, you know after a couple of weeks, I think they’re going to settle in and be pretty darn good.”

One of the biggest additions made in free agency was the team’s procurement of former Houston Texans S Justin Reid. He’s since taken a leadership role in the defensive secondary, helping to mentor a number of the young players on the team. Heading into the Week 1 matchup against the Cardinals, Reid says he feels very at home within the Chiefs’ defense.

“I want every week when the opposing offense turns on our film, I want them to know that they’re going to get punched in the mouth,” Reid said. “I want it to be physical. I want it to be aggressive. I want it to have an attitude and edge to the way that we play. And I want those plays to be explosive on our side of the ball.”

The former Pro Bowler hopes the new surroundings will revitalize him this season as he seeks to shake off his injury-riddled 2021 with the Pittsburgh Steelers. Entering his sixth season, Smith-Schuster will be viewed as a leader for the receivers in Kansas City, and he addressed that on Wednesday with reporters.

“A lot, a lot like I mean, I come to find out, you know, Skyy’s he’s a local Pittsburgh guy,” said Smith-Schuster. “But you know, those experiences I felt, you know, he’s going through the same thing this morning where we was talking about he was like, ‘Is it gonna be a different type of energy Week 1? I’m like, ‘Just keep doing what you’re doing, Skyy, you’re doing great.’ And I can say he’s super excited. He’s just, you know, happy to be here, and to get going.”

Check out the injury report for each team, complete with game status designations, down below:

The Chiefs have no game status designations for Sunday, meaning that all 52 players on their roster should be at their disposal for Week 1. That includes Frank Clark, who was limited in practice on Friday after missing Thursday’s practice due to dehydration issues caused by a recent bout with COVID-19.

Chiefs vs. Cardinals broadcast map: Will you be able to watch on TV? | chiefswire

Will you be able to watch that game on TV? If you live in the red areas on the map below you’ll get this game on your local CBS channels

The Kansas City Chiefs (0-0) will face the Arizona Cardinals (0-0) in their 2022 NFL season debut at State Farm Stadium in Glendale, Arizona on Sunday, Sept. 11 at 3:25 p.m. CT. The game will be shown on CBS and in-market fans can stream the game on Fubo.TV (free 7-day trial).

Behind Enemy Lines: 5 questions with Cards Wire for Week 1 | chiefswire

To learn more about Kansas City’s opponent, we spoke with managing editor Jess Root over at Cards Wire and asked him a few questions.

The Kansas City Chiefs are preparing to hit the road to face the Arizona Cardinals in State Farm Stadium in Week 1 of the 2022 NFL season. It’s the first time these two teams have faced off in the regular season since 2018.

Kansas City Chiefs QB Patrick Mahomes isn’t the only one with some history with one of his opponents in Week 1.

Chiefs OC Eric Bieniemy has some history of his own with Arizona Cardinals DC Vance Joseph. During the 1990 college football season, where Bieniemy racked up the second-most rushing yards in the nation for the Colorado Buffaloes en route to a national championship, Joseph would first join the team as a backup QB/RB. The two have long been friends and colleagues since.

The brothers’ podcast is available in both video and audio form now on YouTube, Spotify, Apple Podcasts, and other major podcast platforms.

“We are two brothers from Cleveland Heights who, as kids, had a dream of turning pro, and now we’re here to give our thoughts from inside the game. We’ve been waiting for the right moment to do this show, and with 12 Pro Bowls and 2 rings between us, we have a few things to say about the league, the new talent on the field, the upcoming season, and our lives off the field. There will be a few notable names to join us on episodes, but for the most part, this will be a raw dialogue between two brothers who had the chance to live out their childhood football dreams together.”

A year ago, Bolton was a second-round pick and a local college kid looking to make an impact on a team with an already-entrenched Anthony Hitchens playing the MIKE linebacker role. A combination of injuries and newfound playing time, however, saw Bolton flash his potential at that position and put together a debut campaign in which he won the Chiefs’ Mack Lee Hill Rookie of the Year Award. In 16 games (12 starts), Bolton amassed a whopping 112 tackles, three passes broken up and a fumble recovery returned for a touchdown.

His level would be really high,” Spagnuolo said on Thursday. “Super, super impressed with [him]. Yesterday, something came up on the field, there were a couple of calls. I said, ‘Nick, I’m going to make it easy on you. I’m going to do this.’ [He said] ‘Coach, you don’t need to do that. I’ve learned it. I’m good.’ That’s pretty reassuring, right? I wanted to keep it the way we had it, and he reassured me that there was no problem keeping it the way it was… that tells me all I need to know about Nick.”

At lower trestles in San Clemente CA. Surfed the my whole life. I’d be like well boys calling it a day.

The #Chiefs have announced two practice squad elevations for the Week 1 game against the #Cardinals. https://t.co/mihZxONNo0

Make it impossible for them to send you back down Daurice!!!!

we need a college game thread

this IS a college game thread 😉

didn’t get to see much of the game, but I’d like to see that clip of the “non-safety” that looked like a safety the first time they showed it as a replay…I guess the QB was ruled not down by contact on top of the defender who seemed to have the QB in the grasp on the ground, but I really didn’t see the clip very well as they flashed it at one point (don’t know when it happened in the game). Also, that play at the end where the Bama QB was ALMOST sacked and got away for a long run that really sealed that last FG…offensive holding right there in front of everybody when the lineman grabbed and pulled the jersey of whatever defender that was that kept him from going parallel with the QB…pretty rough for Texas to not get a call on that as it seemed easily worthy of a flag. But that’s the way the game goes unfortunately for Texas. Never liked Alabama, so I’m a little biased against them, but whatever. Go Chiefs! 🙂

Awesome reply, a tip of the hat. And go Chiefs!!!!

thank you…as far as the “non-safety” call…is this accurate? 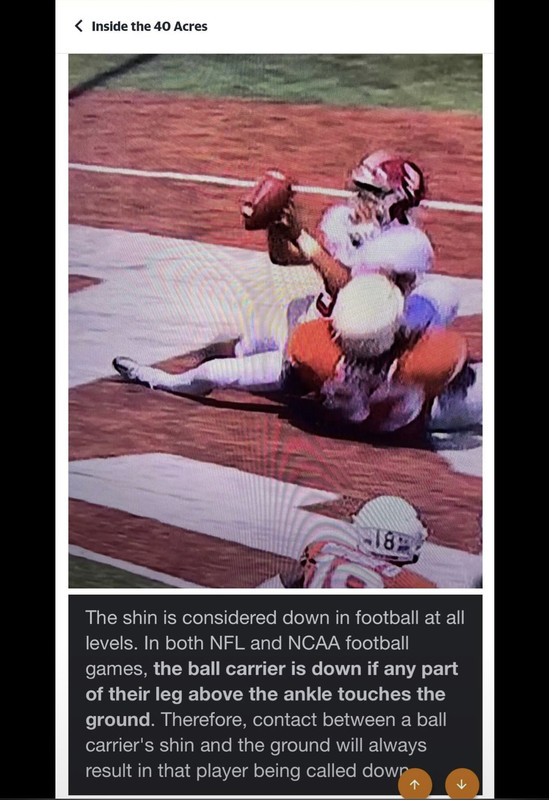 wow, for a hot minute there I thought I’d logged onto “The Chiefs Wire” … btw, good stuff, RIP …

Justin Reid, that dude is impressive in terms of leadership … might be THE best off-season free-agent pickup of the summer for the Chiefs

NovaChiefs
Gotta do everything myself around here! 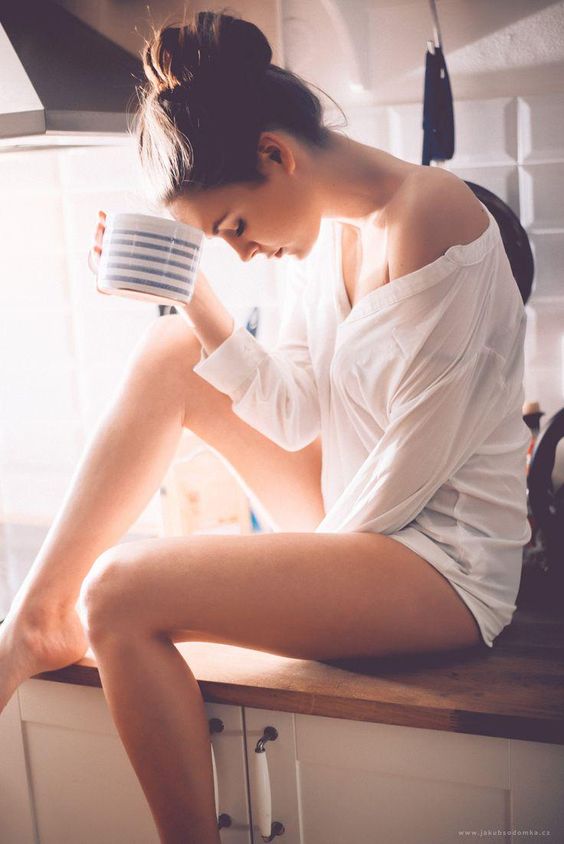 She looks mad at you.

hey, I got the coffee ready LAST NIGHT and had the timer all set … that should count for SOMETHING 😉

Ah those sad strains of self-pity.

"This is why you do all them backpedals…"

Don’t be hasty, that was then this is the now.

Great huddle, gets the adrenaline going, who needs coffee.

ThHat’s right. Then, we didn’t make it. Now, we will

And in future we’ll make more.