Coordinator Eric Bieniemy says the KC Chiefs’ offense has met the enemy, and it’s this | kansas.com

“For whatever reason we’re having a breakdown here or there,” Bieniemy said. “It’s not just one particular position. It could be a penalty. It could lack of route depth, a poor decision made by the quarterback as far as reads are concerned. It could be a bad read by the running back.”

“It’s like I tell the guys each and every week, let’s go out and play against the opponent because the Chiefs are kicking the Chiefs’ ass,” Bieniemy said.

Chris Jones returned to his former spot at defensive tackle for the Kansas City Chiefs in last week’s game against the Green Bay Packers and to his teammates, something felt comfortable. For one of the first times this season, something felt right.

“That’s where home has been [for Jones],” defensive end Frank Clark said. “I feel like it’s an automatic mismatch for him. Those guys slide just one person on him and hope for the best when they’ve got him rushing against just one guard. It opens up the game for the other players as well.

Surprised by where Jordan Love’s family was seated at Arrowhead? One Chiefs family is not | fox4kc

“That was kind.. however that’s where Houston a few years ago sat me with Mia and Patrick’s dad and family.. this is pretty normal,” Randi Mahomes wrote on Twitter.

“We’re still going to have some flexibility with Chris [Jones],” Spagnuolo said. “I don’t think we’re going to lose that, but it does allow us, even in the game he was inside more than he was outside, but we’re not going to restrict him to one spot. To be honest with you, he’s going to move around.”

“We know that when he’s in there, he can do some dominant things,” He said. “Like any player, when you’ve been in one spot for whatever it’s been now and then you kind of go back, there’s a little rust to knock off, but I think he’s comfortable in there because he’s done it for many years, but we’ve got a little bit of rust to knock off and hopefully as he gets more reps in there, inside and outside, he’ll get better at both.”

After an injury-filled season, only Kansas City Chiefs players Lucas Niang and Mike Remmers are expected to be out of Sunday’s game against the Las Vegas Raiders due to injuries, according to head coach Andy Reid

Chiefs running back Clyde Edwards-Helaire returned to practice on Wednesday after missing the last four weeks with a sprained MCL.

But it doesn’t sound like he’s going to be ready to play in Kansas City’s matchup against Las Vegas on Sunday Night Football.

I gotta include this one…

Jon Gruden filed a lawsuit against the NFL and Commissioner Roger Goodell in Nevada district court on Thursday, alleging they leaked private emails to The New York Times and The Wall Street Journal to force him out of a head coaching job with the Las Vegas Raiders.

Back with old friends 🥰 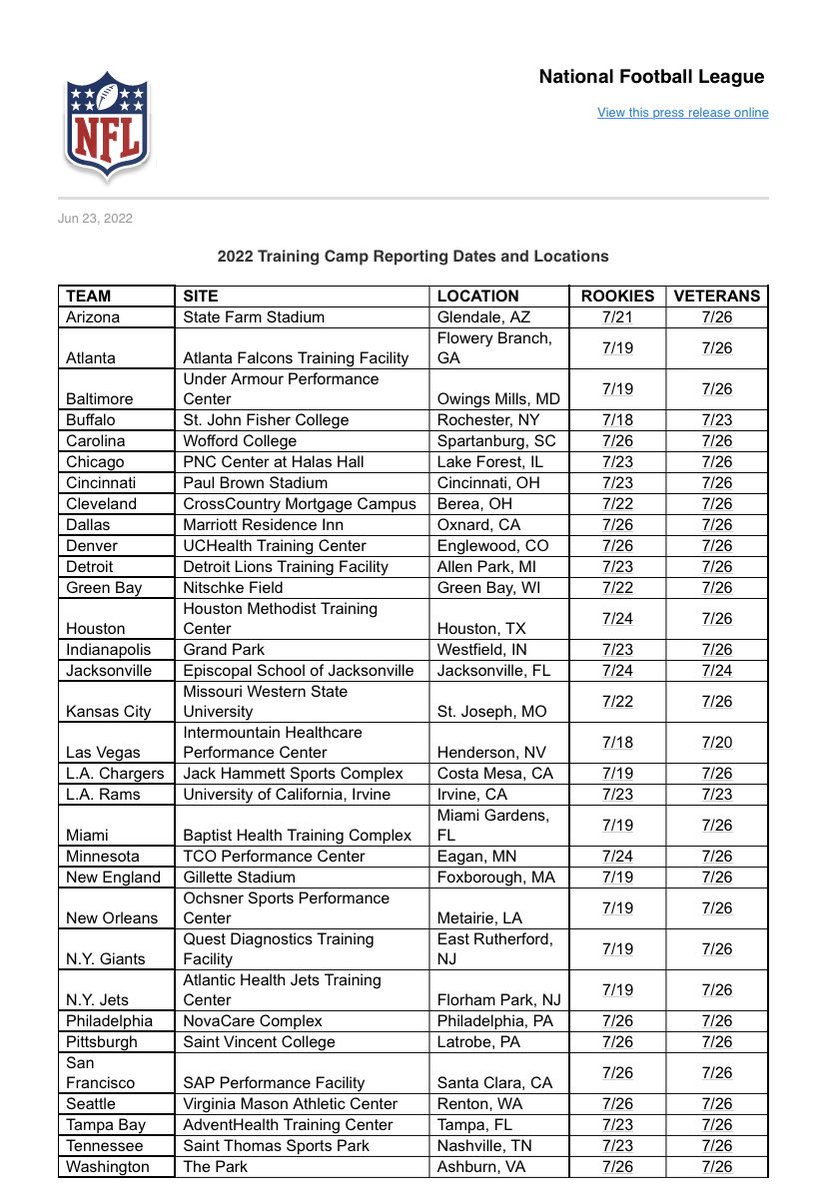 Hanging on to a one-game division lead, the @Chiefs were trailing late in the fourth quarter.

Then @patrickmahomes and @tkelce worked their magic. ✨

Hill says he got death threats for Mahomes talk

Tyreek Hill said on the newest episode of his podcast that he received death threats on social media after he ...

.@tkelce passing his knowledge down to @kylepitts__ at @te_university. What it's all about. 🙌

Sunny and 81 here in Vegas

The Eagle has landed in vegas lol.

I leave for today with the news that the 2008 KC Chiefs led by Herm Edwards and Tyler Thigpen were eliminated in the last sim. They are the second KC team eliminated – the first was the Romeo Crennel/Matt Cassel special.

On plane from Denver to Vegas. Half of peeps in plane are Chiefs Fans!!

Watch “The Warriors – Can You Dig It” on YouTube

Last edited 7 months ago by gonzangkc11
6

early happy birthday to ya 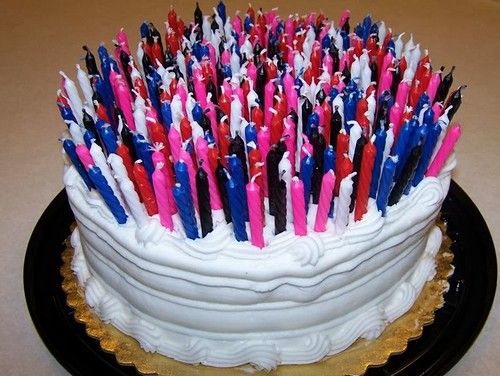 wanted to make sure YOU had enough

I didn’t have a cake for my birthday, it must be a pic from yours

Either there are no takers or people are sleeping in on their Saturday. To be expected. Nonetheless, I was REALLY inspired. This came out just like that, in roughly 40 minutes time. I present my song parody for the upcoming Raiders’ game –

“JOHNNY GRUDEN’S GONE” (to the tune of Aerosmith, ‘Janie’s got a gun”). This may be one of my favorites that I’ve done.

A must read for all Chiefs fans!!! Excellent job 3rdnlong!!!

Thanks man! This one may be my all-time favorite right now.

Sucks to not always have feedback for the hard work put into a post and such. Just know that you are appreciated for this work.

I appreciate it. Thanks guys.

2019 ravens lost in the playoffs (didn’t even make it to the conference championship). I’d question the accuracy of any sim that placed them anywhere near the top 10

Last edited 7 months ago by Leaf
1

They started out the sim at #11 based on point differential – one better than the 1984 Niners. They were an excellent regular season team. Success in the playoffs is one of the parameters so we will see what happens.

Update – I ran four sims last night – The sims do not take too long but I was very active last night on the open thread. So far – the Detroit Lions have the lead with the most teams eliminated with five – it was a pleasure to eliminate four Denver Broncos teams – all from the sixties. Compiling the stats will take forever – so far some of the early quarterback leaders are Jeff George, Archie Manning, Derek Carr, and Joe Namath. Please remember, your team has to be eliminated to appear on the stats sheet and you receive more points the longer it takes your team to be eliminated.

Last edited 7 months ago by EAFOX
1

I know I said yesterday that a poem would have to wait until Monday. However! Let’s just say I feel inspired! You will be getting a poem from me shortly today. A song parody this time. To an Aerosmith song. Try to guess which one!

And as always – GO CHIEFS!

“Jon Gruden filed a lawsuit against the NFL and Commissioner Roger Goodell in Nevada district court on Thursday, alleging they leaked private emails to The New York Times and The Wall Street Journal to force him out of a head coaching job with the Las Vegas Raiders.”

Presuming Gruden’s accusation to be true, why would the NFL try to remove him from his HC position, to keep the overall product from getting better? Ain’t like he’s been making his team better, after all.

I won’ wouldn’t be surprised if it was because he made a convenient distraction from the WFT owners scandal.

Good for Gruden. I’ve never been a fan of the guy, but the NFL’s actions have stunk to high heaven on this whole investigation. I he takes Goodell down so the league can get a decent commissioner.

to respectfully disagree: not only should Gruden be out of the NFL, but the entire WFT from Owner (Snyder and everyone else who was with them in the front office) on down should also be out of the NFL as well

no place in any organization for that kind of misogyny, racism and sexism

You’re a self righteous sob. I am a misogynist, a racist, and a sexist and I’ve never had so much fun in my life

not at all … your perception may be that, but as you don’t REALLY know me your description is invalid

IOW, your OPINION is wrong, have a day

do you really know Jon Gruden