Last weekend’s win set the Browns up for a game in Kansas City this Sunday and something tweeted by one of the Chiefs wideouts made its way back to Mayfield this week. Sammy Watkins was tweeting during the Browns’ win and a Chiefs fan replied to say “looks like we got some comp next week” in reference to Cleveland.

Watkins replied that “I wouldn’t go that far lol” and Mayfield was asked about that comment on Wednesday. Mayfield said that he doesn’t have a problem with it.

“I have no problem with it to be honest with you,” Mayfield said, via Mary Kay Cabot of Cleveland.com. “Because if you don’t have confidence you’re not going to have success. And those guys have been doing it together for a few years now. They have a ton of confidence in each other and so people get mad when you put it out there, you put it up for bulletin board material, but I don’t have a problem with it. It comes with the nature of this game that you’ve got to be confident and you’ve got to know and believe in yourself.”

Beloved former Chiefs LB Derrick Johnson is set to return to Arrowhead Stadium to bang the drum ahead of the Chiefs’ divisional playoff game against the Browns. Johnson spent 13 seasons in Kansas City after being selected with pick No. 15 in the 2005 NFL draft. He’s still the Chiefs’ all-time tackle leader with 1,154 total tackles during his career in Kansas City. He was twice named to the NFL’s All-Pro teams and selected to four Pro Bowls throughout his career.

Chiefs determined to avoid slow start in divisional round vs. Browns | ChiefsWire

“We didn’t start the way we wanted to last year when we came off the bye,” Chiefs QB Patrick Mahomes said on Wednesday. “I want to make sure we do a better job of starting a little bit faster and try not to put ourselves in the deficit.”

“Our wideout coach brought it up today, well, yesterday I believe,” Chiefs WR Tyreek Hill said. “He was like, ‘Let’s not put ourselves in that same position that we did last year because every team isn’t going to be the same.’ We’ve just got to come out and have the energy that we’ve had all year. Get the ball to the playmakers, and just let Pat (Mahomes) be special with the ball in his hand. That’s all we’ve got to do.”

Kansas City finished with the top overall offense in the NFL at 415.8 yards per game and fourth in scoring offense at 29.6 points per contest. Quarterback Patrick Mahomes, the Super Bowl MVP and candidate for this year’s regular-season MVP accolade, has thrown for 4,740 yards and 38 touchdowns against six interceptions.

The Chiefs will need to be wary of an upstart Browns club that is coming off one of the franchise’s biggest wins in decades and whose players are seeing their self-belief system grow on a weekly basis. Last week, the Browns jumped on an errant snap and scored a touchdown on the first play from scrimmage. They also capitalized on numerous mistakes from Pittsburgh on their way to an eye-opening 28-0 lead in the first quarter.

Clyde Edwards-Helaire, Sammy Watkins did not practice on Thursday | PFT

Edwards-Helaire (ankle/hip) was one of four players who did not participate in Thursday’s session. The running back has not played since Kansas City’s Week 15 win over New Orleans. He was the Chiefs’ leading rusher in 2020.

“I understand what it means to be a Cleveland sports fan, to be a die-hard at that,” Kelce said, via Blair Kerkhoff of the Kansas City Star. “I think a lot of the close friends and family will be wearing Chiefs gear but throwing an orange shirt with Browns helmet on underneath. It’s definitely going to be mixed feelings for a lot of people I know.”

“Being from Cleveland and playing the Browns has definitely upped the ante a little bit, made a little more personal,” Kelce said. “I absolutely love Cleveland, but I understand we are each other’s enemies right now.”

“Obviously it’s cool to get to play against him in such a big game in the playoffs and everything like that,” Mahomes said in his Wednesday press conference. “I’ve known him for a long time, since I was a senior in high school. And to be able to play on this stage is going to be special. He went to Oklahoma, I went to Texas Tech. He got the better of me in college, so I’ll try to do my best to win in the NFL.”

Born in Tyler, Texas, Mahomes played football, baseball and basketball at Whitehouse High School. In addition to accounting for 65 touchdowns (50 passing, 15 rushing) his senior year, the son of former MLB pitcher Pat Mahomes also excelled on the mound. Facing off against future MLB pitcher Michael Kopech, he tallied 16 strikeouts in a no-hitter.

In college he played both sports before focusing on the gridiron as a junior. That year, he amassed 5,052 passing yards and 41 touchdowns against 10 interceptions in head coach Kliff Kingsbury’s Air Raid offense.

From the second Mahomes took the field, it became obvious the Chiefs had found a franchise-changing superstar.

Damn Right I Love This Guy And So Should You: Buddy Guy

Lots of music lately, but in case you haven't noticed, we're doing some remodeling. Please continue to hold if t...

Injury Update: I’m getting surgery today. I was hoping to recover enough to get back for playoffs/Super Bowl but that didn’t happen. It’s time to address the issue. The recovery process isn’t too long, which is nice. Looking forward to a healthy 2021! #Chiefs #ChiefsKingdom

It is the offseason, which means the return of War Time Wednesday.
(@BragOriginal)

WTW wasn't dead, it was just resting. Or pining for the fjords, take your pick, but we're back. New look is ...

The snow is starting to melt. Spring is coming. #MorningHuddle

It's the morning Chiefs Kingdom! Grab yourself a cup o’ Joe and get in the Huddle!

This is really nice to see. Niang doing work. Also looks WAY more comfortable than he did his last year in college, where he was playing hurt.

I wrote about Mitch Schwartz and what his (planned) return in 2021 does in terms of ripple effect down the line. TLDR version: it does a lot, and looking at the 2019 vs 2020 Super Bowls is a good place to start.

On Crunchtime tonight at 6 on @SportsRadio810 , @swimdad61,
@mattderrick and @3rdandLongKC.
Lot's of Chiefs talk and how you can help keep Derrick Thomas' 3rd and Long foundation continue their great work with under served children here in KC.
Plus 30% off at American Shaman!!

It's time for a Chiefs mailbag. The upcoming offseason moves should be fascinating. If you have questions about free agency & the draft, you can submit them here:

Subscribers: What Chiefs- or NFL-related questions to do you have for reporter Nate Taylor? Please...

The Chiefs and @CityYearKC arranged a virtual tour of the @NLBMuseumKC for students at Central Middle School on Tuesday in celebration of Black History Month.

The tour was led by museum curator Ray Doswell, who brought the museum to life and answered questions via web call.

Bradley Chubb recalls watching @BarackObama become the first black president and what it meant to his family and his community.

This Week 14 battle between the Dolphins and @chiefs: 🔥🔥🔥

Best game of the season?

So, in Browns news, their starting LG Bitonio is coming back from covid reserve. And to clear up a spot, the Browns waived one former Chief, S Tedrick Thompson.

Not saying we should pick him up again, but we could have some great Intel if we did.

We’ve just got to come out and have the energy that we’ve had all year.

oh god, we are going to lose if we do that

Plus Name and Plus Name
Reply to  Leaf

Yup. Shame we couldn’t win any games this year. We’ll get em next time.

Leaf
Reply to  Plus Name and Plus Name

There is a big difference between the intensity of the playoffs from the regular season. If we bring the same weak ass intensity we’ve shown multiple times throughout the year to the playoffs, and our season isn’t going to end the way we hope.

Ever one get caught in that sex trafficking ring ??? I seen the got Brag. Not sure on the rest…
Got 55 lbs of brisket and 15 lbs of sausage.. it must be playoffs weekend..
Whoooooo.. alarm set for midnight to light the pit… hell ya, ( Go Chiefs )…….

That looks awesome…..better than awesome…. 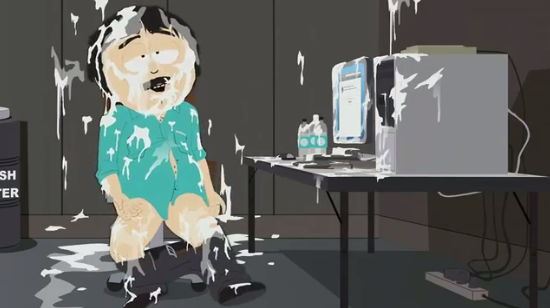 I heard he was caught spearing someone in the back.. they said 15 years or was it 15 yards I can’t remember…

Last edited 1 month ago by rip58lovealways
0

He got the better of me in college, so I’ll try to do my best to win in the NFL

Dunno what happened but there’s a little red corvette in there somewhere.

Yeah, I like the fact that the only comments coming from players is two WRs who probably won’t play on Sunday, OBJ and Watkins. We know OBJ is out and at this point it looks unlikely we’ll see playoff Sammy. If you’re not playing, don’t comment because you can’t back it up.

Last edited 1 month ago by Nasrani
8

Last edited 1 month ago by gonzangkc11
4

one B-2 Stealth Bomber out of Whiteman Air Force Base will conduct a flyover at the end of the national anthem, weather permitting.

Has he done this for a playoff game before? Before the Colts game, maybe?

If memory serves, wasn’t that the Kicker Who Shall Not Be Named? I thought it was sort of a huge thing because it meant his curse was lifted since we bested the Colts in thst game…

No, they would have burned the stadium down before the game of the Chiefs did that

I can remember there was a petition of sorts going around among some of the newer generation of Chiefs fans in the lead-up to that game, but I guess he didn’t bang the drum that day. I think DJ did it in his stead.

DJ banged the drum 2018 for a playoff game. I think the Colts. I thought it was funny because he started the season in a Raiders uniform, but nobody cared at the playoff game.

Is he still an active player? Or did he retire?

Signed a one-day contract with the Chiefs during last year’s offseason and retired. Same as Jamaal.

Only 4 hours to tailgate?

Better pregame before you leave the house.

HOME OF THE CHIEFS!!!

Not sure. I just liked her moves.

Damn Right I Love This Guy And So Should You: Buddy Guy

Lots of music lately, but in case you haven't noticed, we're doing some remodeling. Please continue to hold if t...

Injury Update: I’m getting surgery today. I was hoping to recover enough to get back for playoffs/Super Bowl but that didn’t happen. It’s time to address the issue. The recovery process isn’t too long, which is nice. Looking forward to a healthy 2021! #Chiefs #ChiefsKingdom

It is the offseason, which means the return of War Time Wednesday.
(@BragOriginal)

WTW wasn't dead, it was just resting. Or pining for the fjords, take your pick, but we're back. New look is ...

The snow is starting to melt. Spring is coming. #MorningHuddle

It's the morning Chiefs Kingdom! Grab yourself a cup o’ Joe and get in the Huddle!