Andy Reid thinking about coaching into his 70s now | PFT

“I haven’t gotten to the point mentally where I’m thinking about retirement,” Reid said. “I love doing what I’m doing. . . .

“I talked to him, I think, before I signed the deal, and he said what he said to y’all, that he had no thoughts of retiring any time soon. Obviously that’s a huge part of it,” said Mahomes.

“The Honey Badger is part of this too,” said Reid, who was referring to Chiefs strong safety Tyrann Mathieu. “He was the first guy that texted myself and [GM Brett Veach] when the deal got done. He just said, ‘Hey, what a great thing you did.’ But both those two make our jobs very enjoyable. Being able to come to work and having two great leaders like that along with the other guys that love to play the game.”

“No offense, but you can’t do this with every single organization,” Mahomes said. “With the stability and the culture that we have in the Chiefs organization. I felt very comfortable and had a lot of trust that I could do a contract like this, knowing that we’re going to have the same stability by the time I’m at the end of that contract.”

Andy Reid retiring before Patrick Mahomes’ contract is up? Chiefs coach says not so fast | CBSSports

“I haven’t gotten to that point mentally where I’m thinking about retirement,” said Reid, the 2002 NFL Coach of the Year. “I love doing what I’m doing. One of the great things about this job is when you look forward to coming to work [to see] the players and coaches. I’m lucky enough to be around good players and coaches. And this guy here (Mahomes) makes it even better. We always talk about the great quarterbacks make everybody around them greater, and he has the unique ability to do that with his teammates … If it takes me into my ’70s, let’s roll. Doggone it, I’m ready to go.”

According to Jori Epstein of USA Today, Chiefs fan Katie Camlin sent out a tweet about Mahomes signing an extension 90 minutes prior to Schefter. Camlin told USA Today that at 1:21 p.m., her boss at Plaza Liquor in Kansas City, Missouri, informed her that Chiefs employees had come into the store looking to purchase six bottles of Dom Perignon champagne.

“They didn’t sign that long-term contract but they saw players who did and … how they were able to go out there and play free, knowing they had the security that they had always wanted,” Mahomes said. “The biggest thing they preached to me is kind of the same thing I already thought. It was good to just hear them. You want to have great players around you. You don’t want to be a guy that takes up all the money and then all of a sudden you’re having to sign different guys that will take cheaper deals. We’re going to be able to reward players and keep a lot of these guys around that have built the culture even before I was here.”

He references the 24-0 lead the Houston Texans, his former team, had in the playoffs over the Chiefs before Mahomes rallied his team to a 51-31 to advance, eventually becoming Super Bowl champions.

The Chiefs must learn from Packers’ mistakes with Aaron Rodgers | AA

Lesson Learned: The Chiefs must keep drafting offensive weapons to put around Mahomes. This is the most important thing we’ve learned from Green Bay. Given the selections of wide receiver Mecole Hardman in 2019 and running back Clyde Edwards-Helaire in 2020, Veach seems committed to this.

Lesson Learned: The Chiefs must invest heavily in the offensive line, and they must be right about their investments. In two seasons as the starter, Mahomes has been sacked 34 times (2018, ranked 15th) and 23 times (2019, ranked 28th, but missed two starts). Right now, Kansas City has one of the best pair of tackles in football. We’ll see what the future holds.

Lesson Learned: Kansas City must choose defensive leaders that give the unit a true identity and serve as cornerstones for the squad for years to come. Frank Clark has been selected as piece number one. Who’s next? It could be defensive end Chris Jones or safety Tyrann Mathieu. It could also be someone younger like safety Juan Thornhill or linebacker Willie Gay, Jr.

“I still don’t think I’m allowed to play basketball,” Mahomes said. “I’m sure baseball is not going to be allowed as well. I know there are a lot of [things he is prohibited from doing]. They have everything from like jet skiing to I don’t know what all the things are. I read a lot of them. It’s every pretty much physical activity you can possibly do. I’ll probably be sticking to football and video games for awhile now.” 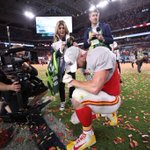 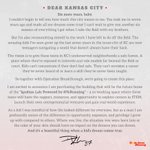 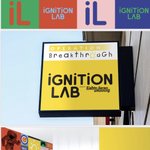 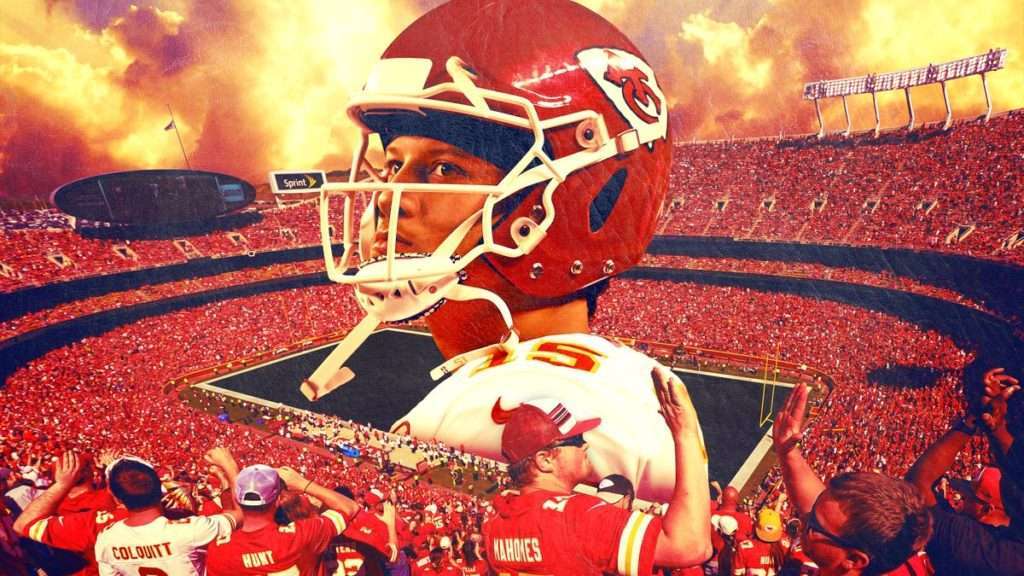 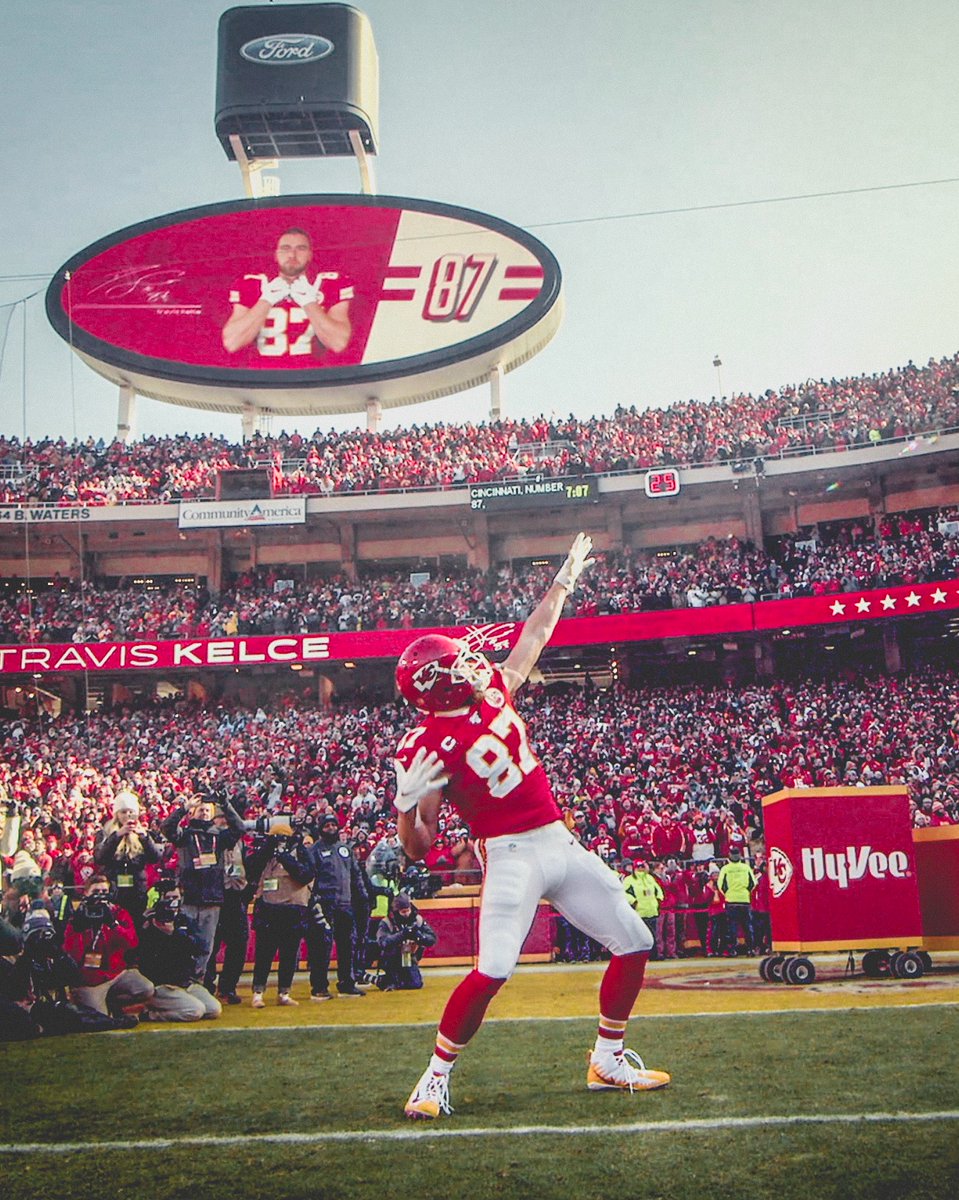 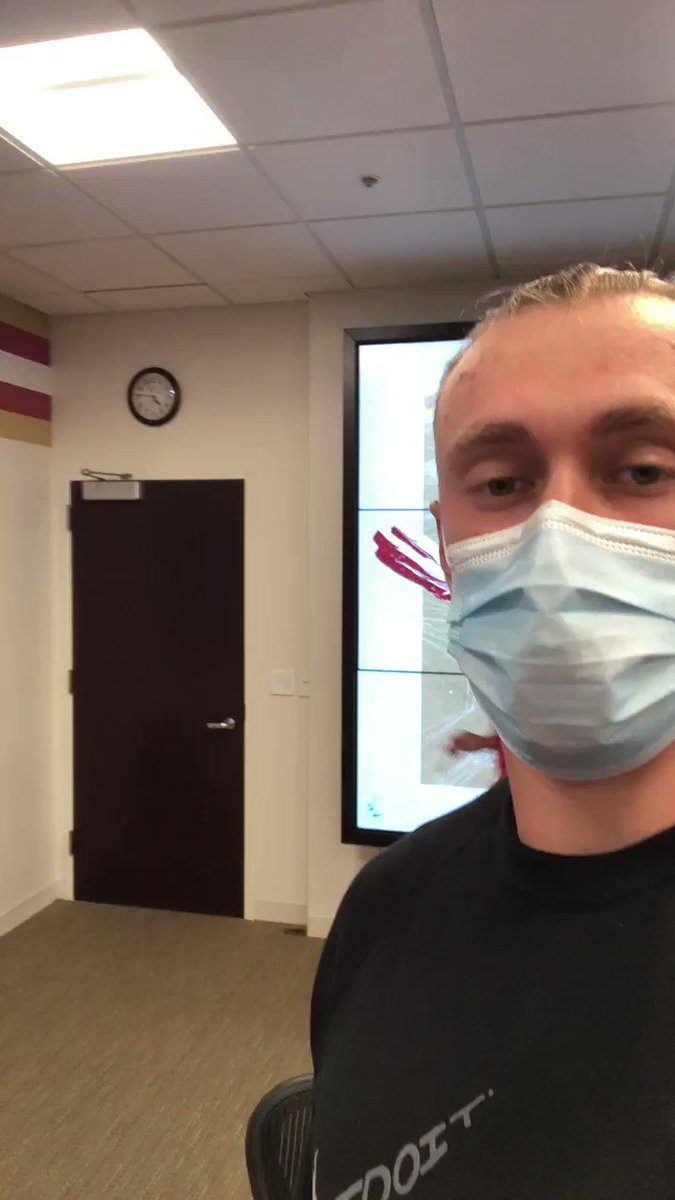 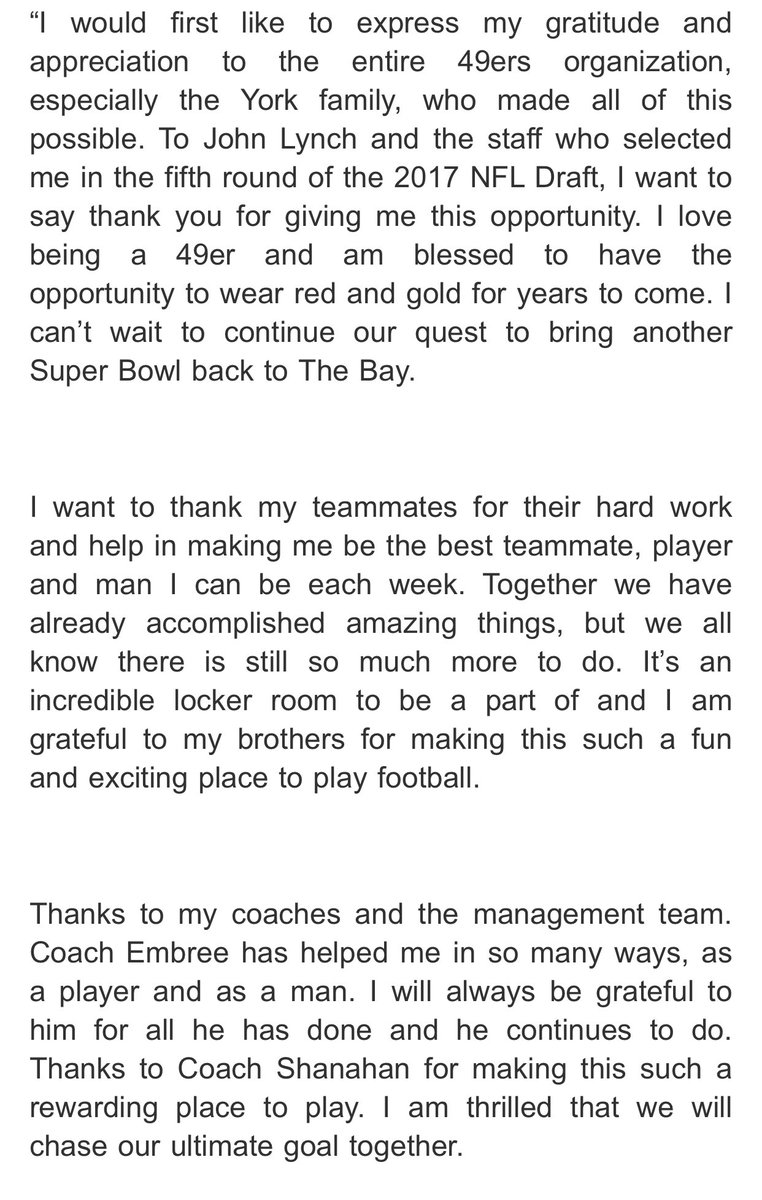 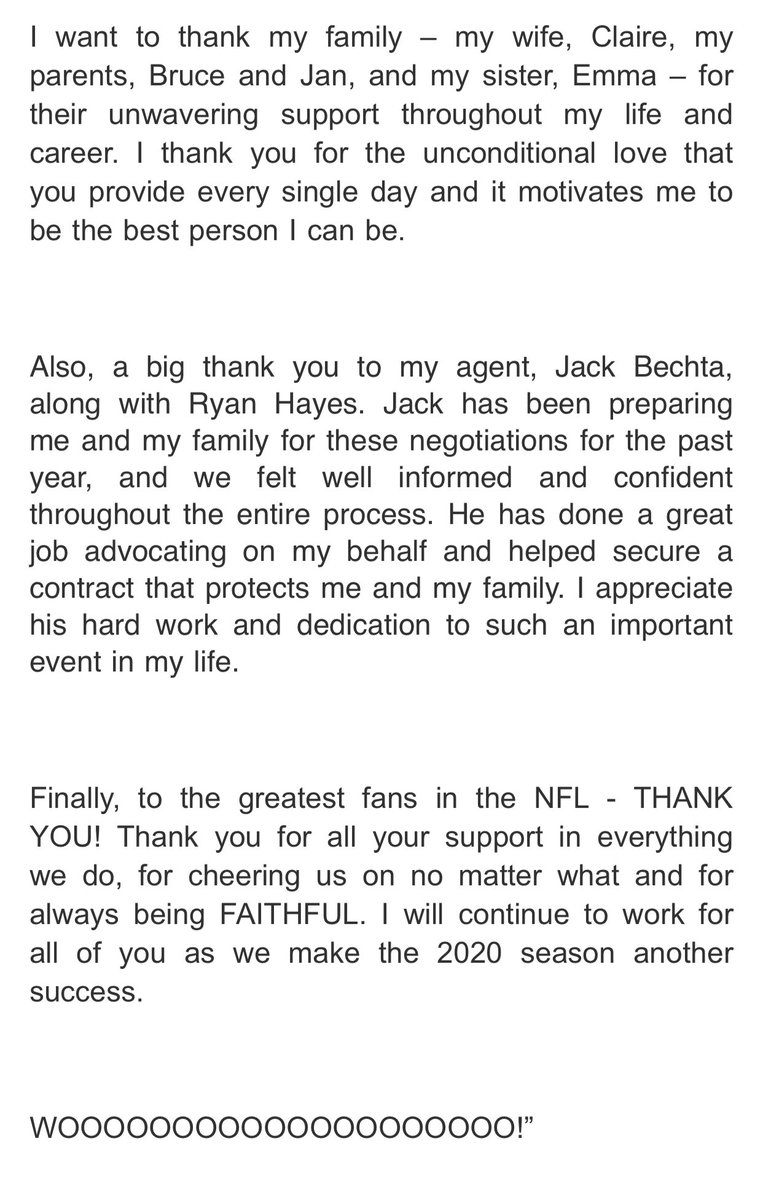 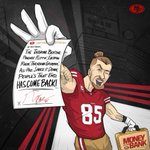 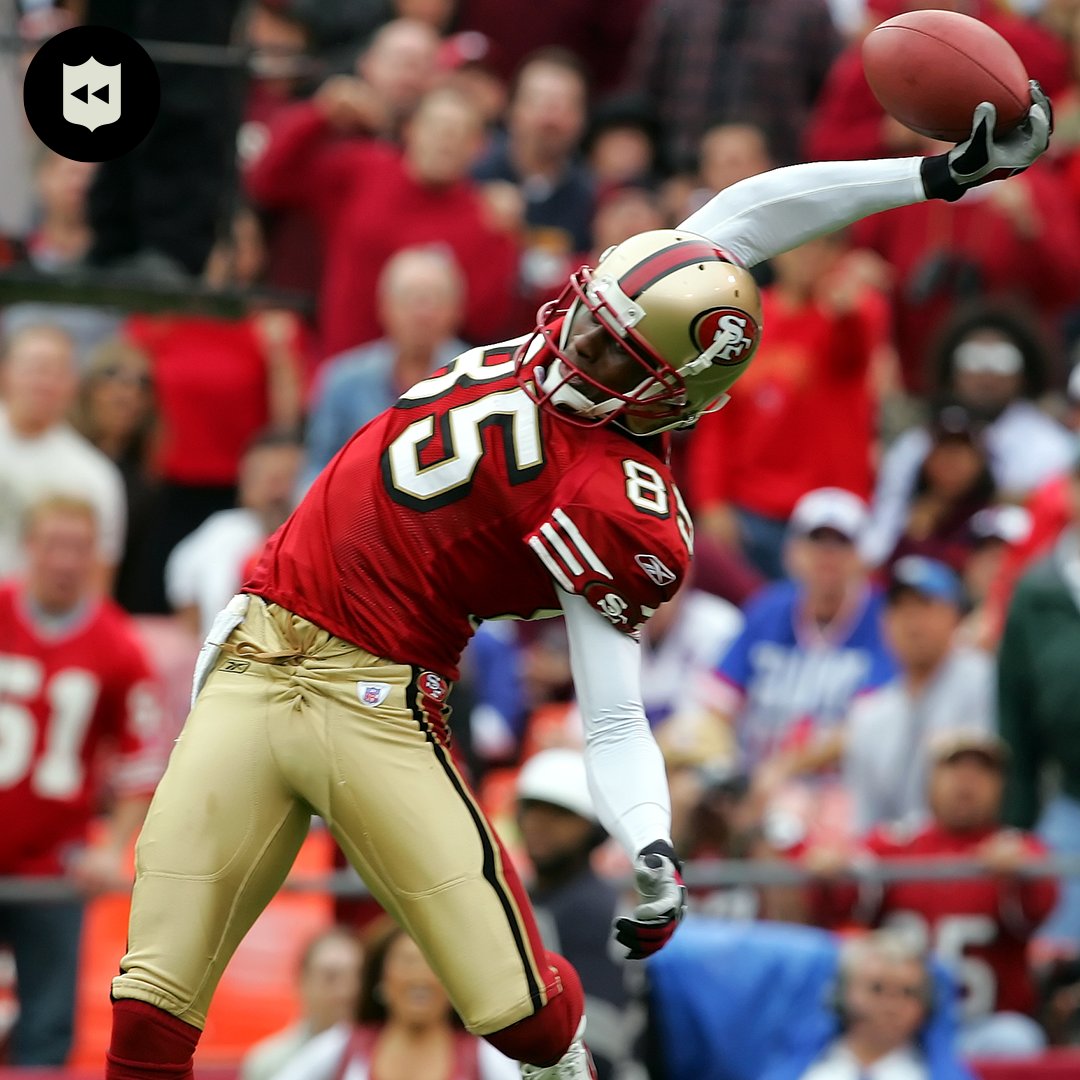 The average margin of victory in those 11 games?

Is sex on Patrick’s can’t do list? That’s about the most hazardous activity I can think of. 😉

Last edited 1 month ago by probablyamistake
0

what’s on your mind, Pam?

Since that is two “lady bugs”, are they lesbians?

BV is the bouncer, AR the bartender and PM15 the straw that stirs the drink.

I wonder if the Eagles firing Reid will go down as the biggest HC blunder in NFL history. I mean, certainly you’ve seen other coaches be fired and go on to be great (Belichick, for one), but Reid had already had plenty of success before leaving the Eagles.

I get that the “change of scenery” aspect makes a difference here, but it’s still incredible to me that my Chiefs had a chance to get one of the best proven coaches in the league. Especially after the Todd Haley / Romeo Crennel disasters….

Chiefs certainly hit a home run with the hiring of Reid. I was pushing for the rehiring of Marty when Reid was hired but loved the move. Each year brings unknown variables but sustained success is the hallmark of a great coach.

I doubt it will go down as a big blunder. It’s hard to predict how his time would look had he stayed in philly, but considering they won the big one after canning him, I doubt anyone he will look at it as a bad move. More likely history will view it as a necessary move for both parties.

Last edited 1 month ago by Leaf
8

Your tao is strong.

his tao? is THAT what y’all call it these days …

I doubt they are really sweating it. I mean they won a SuperbOwl without him. That’ll definitely lessen the sting.

Didn’t the eagles win a SB after firing Andy? After that win they probably thought it was a great move. Peterson seems like a pretty good HC, so I wouldn’t consider it a blunder.

Can you imagine “Big Green”? Lol!

I’m still convinced that, had Art Modell kept the Browns in Cleveland, Belichick would’ve won at least one Super Bowl with them.

If Pederson hadnt won the Super Bowl first it probably would have but because he was able to win one for them before Reid did for the Chiefs I dont think it will make a blip in the coaching history.

Now firing Reid for Chip Kelly, is a blunderful move but that will just be seen as 1 of 1000 bad coaching mistakes in the leagues history

It worked out well that first year but went downhill fast.

I know Patrick Mahomes makes a huge difference, but what if Reid wins 5-6 over the next 12 years? I mean, one SB is great for the Eagles, but I don’t see Pederson in the discussion for GOAT like I imagine Reid will be by the end of his career.

But would Reid win 5-6 without Mahomes? If he stayed in philly, that pairing likely never happens. Let’s also not undersell the relationship between Andy, BV, and CH. it’s a team effort. Plus we don’t know how being around the place were his son died day in and day out would have had an effect on him. Andy needed a place to refocus, and Philly likely knew things weren’t going to get better with Andy. It was a relationship that had grown stale and it was best for both parties to move on.