Good morning AG! Today in history, Fred Arbanas was born in 1939 and Shawn Barber in 1975…

In his rookie season, when Mahomes served as the backup to Alex Smith, the Chiefs led the Titans 21-3 at halftime in the Wild Card Round. Then came the game-changing play — and we’ll understand if you avert your eyes for a couple of sentences here. Titans quarterback Marcus Mariota threw a pass that Chiefs safety Jordan Lucas deflected … right back to Mariota, who caught the ball, tucked it between his arms and dove in for a touchdown.

Patrick Mahomes is the most-liked skill position player in the NFL, per Morning Consult’s annual survey of U.S. adults.

By the numbers: Mahomes scored a net favorability rating of 34, which was calculated by taking the 41% of respondents with a favorable opinion of him and subtracting the 7% with an unfavorable opinion.

According to the NFL’s official personnel notice for Wednesday, the Chiefs placed developmental TE Mark Vital on the practice squad COVID-19 list due to a positive test. This list functions as the normal Reserve/COVID-19 list, but for practice squad players. He’ll join fellow practice squad teammate Josh Jackson as the only two players currently on any COVID-19 lists for Kansas City.

He’s a special player. I mean, I don’t know what runs in that family, but they’re great football players over there,” Mahomes said, alluding to Watt and his brothers, J.J. — an Arizona Cardinals defensive end — and Derek, a Steelers fullback. “T.J. is not only special as far as the way he can bend and get to the quarterback, but with the effort that he plays with.

“They have an attitude about them, a mindset they play with so we’re not taking them lightly at all. They’re a team that’s beat a lot of good football teams and so to get to play against Big Ben is an honor for me,” he explained during a press conference on Wednesday, per NBC’s Pro Football Talk.

“I think it was my first seven-eight years playing, I had to get him at least twice a year,” Kelce said. “But man, I’m glad he’s on our team, I’ll tell you that much. He just has the entire package. I said it when he came here, any time you add a ‘Juice Man’ or just an ultimate competitor like him, it doesn’t matter what spot you put that guy in, he’s got a great feel of being a competitor and just playing with teammates. That’s why he fit the mold so perfectly when he got here. Both his energy on the field and who he is on the field as a playmaker. It was just the perfect match. I’m definitely glad to have him here and not having to go against him twice a year.”

Although the Chiefs do have McKinnon and Gore as options in the event that neither Edwards-Helaire nor Williams could play on Wild-Card weekend, the team does not currently have any running backs on their practice squad. So, adding Thompson could resolve that issue and would be available for a promotion in the event that injuries continued to plague the backfield as the postseason continues.

With such a powerful presence coming to face the Kansas City Chiefs in the playoffs, Chiefs fans may assume that the Chiefs’ offensive line may be in trouble; but that may not be the case.

“It was a pretty frustrating time,” Kelce said of missing action. “I think even though I had some symptoms, it was nothing that would have ever kept me out of being in the facility, practicing and then going to play in a game. So, it was pretty frustrating to not just go out there with my guys. Then once the game actually happened, I had some fun watching us go to work because we were hitting on all cylinders. When the Chiefs are hitting on all cylinders, we have a lot of fun doing it.”

The Chiefs showed both sides of who they are on Sunday against the Steelers in a game that was a microcosm of their season.

Come read about a team that only needs 11 minutes of their best football to blow up a playoff opponent.

Beatable, yet unstoppable: The Chiefs showed both sides of themselves Sunday

In a beatdown of the Steelers, Kansas City showed both how they can be vulnerable and also how scary they are once they just get out of their own way.

We completed an interview with Jonathan Gannon for our head coaching position today.

We completed an interview with Jonathan Gannon for our head coaching position today.

Ya know, the numbers say he’s better than Williams, who is also hurt

It sucks but our backups are very capable and have fresh legs.

TGIRF!!! Looks like 30 deg at kickoff. 29 at end of game. A nice crisp atmosphere to set the tone. It looks like 2″-4″ of snow possible before it quits Saturday mid day. Arrowhead under the lights! Awwww! Beautiful Man!!

Having Bolton and kelce and hill all relatively healthy for this game is a huge bonus. Hopefully we shellac them like last time. I doubt that happens. I think they’re gunna try something different on defense. We’re gunna expect the same shell, 2 high coverage stuff that we normally see. I think they’ll fire a bunch of man press blitzes right away to mess up our opening script

There only hope is that TJ Watt has a career game against Wylie.

There’s no way this staff let’s that happen. I think you’ll see some of that same kelce chip, block, release into the flat stuff.

I expect Wylie to battle as well. He might be the unsung hero of the season.

Suppose the better competition got to him?

There Their only hope …

Damn – I am having a subpar morning.

They have one of the worst run defenses, so I expect we’ll be running a lot like last time.

I also think it’ll be a more competitive game. I think they will let Big Ben launch the ball a lot trying to get pass interference calls or lucky catches. Penalties are something I’m obviously worried about!

I remember playing a Colts team that sucked against the run, and we had a beast of a RB, LJ. I think it was midway into the 3rd Q before we got a first down.
I hope they have a backup plan
And I am worried about the “Big Ben Farewell Tour” parting gifts from the refs

Last edited 4 days ago by NovaChiefs
0

Running the ball IS our backup plan. If they want to try to stack the box against our RBs? Go for it. Then we can go back to plan A of throwing long strikes.

Maybe, but I think it’s the other way around. They have a top 10 pass defense, and nearly the worst run defense. If they commit to stopping the run, then we have a Mahomes. Could see some play action.

Last edited 4 days ago by MasterChief
1

Juju playing? Good. Gives the boys a little more incentive to rub it in that he chose them over us.

Who were the last two members of the sixties Chiefs to retire? The 1979 season was their last season. Who became the longest tenured Chief when they retired?

HINT: One of the two is a HOFer and the other one only became a starter later in his career. The longest tenured player was an offensive lineman.

Emmitt Thomas is one…I think
OL…Don’t know, but I’m sure as soon as I hear it I’ll say “of course”

Neither is a HOFer, but Rudnay is a good guess.

You would immediately know the HOFer if I reveal his position.

he didn’t retire in 79 did he? or was I reading that all wrong …

Well, his last season for the Chiefs was in 79 but he did play afterwards. Guess by using the word retire that I screwed with our minds.

no worries, my little bit of nothing left is still fine (considering it’s mostly gone already)

Mike Livingston is one of the two that retired. Rudnay became the oldest tenured Chief – he joined them in 1970. The HOFer is the one left – it is not Emmitt Thomas – which was a hell of a good guess though.

so I was right, or half-right … or completely right based on my misunderstanding of the question, or completely wrong based on … ahhhhh never mind: have a great day!

but send BBQ if ya get a chance 😉

Misleading with the word retire on Jan – I completely forgot that he carried on elsewhere. You are indeed the champion.

Pittsburgh, if you’re ready for a fight
Then you’re in the right place tonight!

This GIF never gets old.

Set # 4 – This is the last set and we are down to the Sweet Sixteen.

My vote – White, Marino, DT, and, and, and, I cannot say it….Peyton Manning

I fear it’s some dude with yet ANOTHER so-called “free-subscription” … I’m about ready to ask for my money back!

Lanier, Marino, Thomas, and, and, i will say it….Mahomes

Set # 3 – Who advances to the Sweet Sixteen?

my choices as well

Woodson, what the hell

First, as an aside – I won’t be able to make a poem this coming week, if and when we win. At least not before the game. After the game next week, I should be good. Now, on to what you’re really here for.

So, here we are in the playoffs! First game! Arrowhead will be rocking!

Because of the draw we have against the Steelers, and the dinosaur of a quarterback they have, I present my song parody for the week – “Big Ben’s Last Dance” (sung to the tune of Tom Petty and the Heartbreakers, “Mary Jane’s Last Dance”). 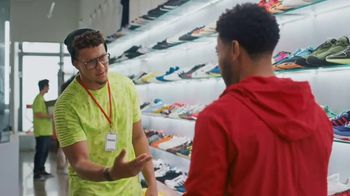 So no comments on the link yet. What, you guys don’t know the song or something?