5 bold predictions for the Raiders vs. Chiefs matchup in Week 5 | NFLAnalysis

5. Darren Waller Logs 8+ Catches For Raiders Darren Waller put up 90 catches for 1,145 yards in 2019. He is proving this season that his previous campaign was not a fluke. In four games, Waller has 29 catches for 247 yards and a touchdown. The Raiders have not used Waller effectively in the red zone, but he is extremely productive in between the 20’s. Carr knows who his main option is on the field. Waller is a nice weapon to have and they will need him to come up big to keep pace in this game.

3. Patrick Mahomes Throws Four Touchdowns For Chiefs. Patrick Mahomes has dominated the Raiders since entering the league. In four starts, Mahomes and the Chiefs are averaging 35.8 points per game. He has thrown four touchdowns in two of the four meetings. This is something he has done once this season. Mahomes has 11 touchdowns and no interceptions in 2020. He finished with four touchdowns in Week 3 against the Baltimore Ravens. The Raiders have been giving up points at a high rate. They have allowed 30 or more points in three of the first four games. That is not a good sign entering a game against the most talented offense in football.

Andy Reid told reporters that Mike Danna would be the only player who didn’t participate in practice and that was certainly the case on Wednesday. Reid also mentioned that Chris Jones would practice in some capacity. Jones appears to still be limited after missing the Week 4 game with a groin injury.

“I think you just have to trust in the process and the protocols that are set in place,” Mahomes said. “I mean, obviously, knowing that I went up to him after the game and just gave him a high-five like I’ve done my whole career and not thinking about it. It was a little bit of a mental lapse just trying to show sportsmanship and stuff like that. I feel like the protocols in place are good and I just have to trust in that, wear my mask, do whatever Rick (Burkholder) and them say. Just trust in, that we all know what’s happening in this world at this time and accepting the challenge every single day of being in the best place I can be to be available for the team.”

The Kansas City Chiefs roster is getting stronger with each passing week as players return from suspensions and injuries, but the team is uncertain when one of their most dominant players will be ready with the news that defensive tackle Chris Jones remains “day-to-day” with a groin injury. Jones suffered the injury at the end of Week 3 and missed some practice in the days leading up to the Chiefs battle against the New England Patriots in Week 4. Before the game, Jones was listed as an inactive after being designated as “questionable”, and that was even when given an extra 24 hours to rest and recuperate given the postponement of kickoff until Monday night.

Starting with the surprising and impressive Chiefs defense, the much-anticipated rookie LB Willie Gay Jr. finally had a chance to make an impact playing 25 snaps (32.9%). Ben Niemann saw a subsequent drop in playing time going from 42.9% of the defensive snaps in week 3 to 26.3% in week 4. With Chris Jones out and Michael Danna going down early Tershawn Wharton and Mike Pennel saw significant increases in snap count, +34% and +30% respectively.

Additionally, the Tennessee Titans’ coronavirus outbreak continues to yield positive tests, including two new cases on Wednesday morning. The Titans’ opponent this Sunday is set to be the Buffalo Bills, who the Chiefs are scheduled to play a week from Thursday. The Chiefs could play three games on a Monday (vs. New England) Sunday (vs. Las Vegas Raiders) and Thursday (at Buffalo), while the Bills could potentially head into the previously-short week against the Chiefs with an unscheduled bye week, if the Titans can’t play on Sunday.

Yet another wrinkle comes from the Chiefs’ upcoming Week 5 opponent, the Las Vegas Raiders. On Tuesday, the Raiders placed defensive lineman Maurice Hurst on the Reserve/COVID-19 list, which means the Raiders will now also bear watching in the days to come.

Another Browns connection to the #Chiefs this weekend .. Andrew Wright, son of Chiefs Equipment manager @AllenWright4 is a member of the Browns equipment group. The Blue Springs South and NW Missouri St. grad interned under his father in KC.

Our Social Impact Committee and the @Lennar Foundation will join together to fund @FLMemorialUniv's Certificate Program in Construction Trades. This donation is in collaboration with a social justice grant from the @NFLFoundation. #FootballUnites

The @Saints have playmakers. ⚜️

Their longest plays of the season! #ForNOLA

McNair takes responsibility for state of the organization: 'If players, media and fans are upset, that’s on me. And I’ll apologize for my actions or communications that created mistrust. I accept the fans’ frustration. I’ll listen and learn' https://www.houstonchronicle.com/texas-sports-nation/john-mcclain/article/Cal-McNair-Texans-Deshaun-Watson-Jack-Easterby-15873730.php?utm_campaign=CMS%20Sharing%20Tools%20(Premium)&utm_source=t.co&utm_medium=referral

Asked about QBs in the 2021 draft, Urban Meyer name-checks Trevor Lawrence ... and Justin Fields ... and Zach Wilson. Says drafting one will be the biggest decision he makes. He has been studying them and sees elite players.

VOTE for the @FedEx Ground Player of the Year! 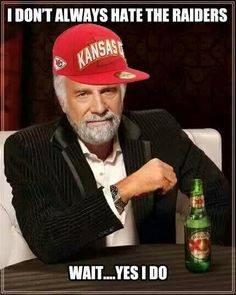 So I was on a Raiders’ fan site. Apparently, Derek Carr has thrown as many TD passes to Chiefs’ defenders (in the form of pick 6s) as he has to Raiders WRs. I forget how long the time frame was. But it was a fun way to begin the morning.

On the other hand.

The #Chiefs again had zero positive tests, per source.

So did the #Raiders, who'd put one player on the Reserve/COVID-19 list earlier this week.

Want you to know I appreciate you getting the morning huddle up early every morning. Thanks to DaChefs!