Problem is, the Raiders don’t have nearly as much going for them on defense, where they’ve surrendered an average of 30 points per game. If that doesn’t sound like a match made in heaven for the Chiefs offense, which’ll assuredly be hungry to rebound in a big way after a slower start against New England, then what does? Mahomes should feast on the Raiders secondary, which is battling multiple injuries at cornerback, so it’s no wonder oddsmakers like the home team — which will also have in-person fans — to win big. Pick: Chiefs 34, Raiders 21

Andy Reid said that Mike Danna would be ruled out for the game on Sunday and the injury report reflects that. Reid also would not commit to either Chris Jones and Bashaud Breeland playing in Week 5. Jones is coming off of a groin injury with two consecutive full practices, while Breeland is coming off of suspension and being eased back into the swing of things. Jones doesn’t carry a game status designation. Typically, for an Andy Reid-coached team, that means that he’ll be active on game day.

Las Vegas only ruled out one player this week in standout rookie WR Bryan Edwards. He won’t play in Kansas City in Week 5. Of the questionable players, Raiders DT Maliek Collins, who had a limited practice on Friday is the least likely to play. That’s not good news for a team that is already thin on DT depth with Maurice Hurst on the reserve/COVID-19 list. I get the impression that each of Trent Brown, Henry Ruggs III and Rico Gafford will all be available to play this week.

KC Chiefs will be without Mike Danna against Raiders | AA

The Kansas City Chiefs have designated rookie defensive end Mike Danna as officially out two days before the team is scheduled to host the Las Vegas Raiders in Week 5 at Arrowhead Stadium. Danna first came up injured with a hamstring issue in Week 4 in the Chiefs’ win over the New England Patriots. He was unable to return to action in that game. From there, he’s missed Chiefs practice all this week so it’s not surprising to see him held out of his first game.

Set to return from suspension, Chiefs CB Bashaud Breeland reflects on time away from team | Fox4

“The four weeks, it was a time for me to really work on myself, put the past behind me and really focus on what I can bring to this team this year to help us get back to the Super Bowl,” Breeland said of his time away from the team. “As far as getting in shape, it takes time to really get in football condition, but I’ve been working out throughout these four weeks, and I’m just ready to plug in wherever they’re ready for me to plug in.” “It was a bittersweet moment really not being able to be out there. I was disappointed in myself for allowing my team to be there without me, but really seeing what they were doing, it really cheered me up at the same time,” Breeland said.

At this point, Washington could be a potential replacement for Thompson and that’s where things get interesting. Thompson had some key miscues two weeks ago against the Baltimore Ravens—some of the only concerns from that entire performance as a team—and last week received zero snaps. Was it a punishment? Is Washington’s promotion also tied to things? Is Thompson really in the doghouse?

That said, it only takes a look back to last season to see two things. First, Thompson has had fumble issues before. Second, the Chiefs pulled the short leash of LeSean McCoy for the same reason. He was never given the same opportunities again despite being the most dynamic running back overall on the team.

“Each and every week is a growing point for me, from practices to games, to meetings,” Gay told reporters on Thursday. “Hopefully, the way I’m planning forward to go for myself with personal goals is every week just continue to build and get better, see more time as the season goes on. Those first three games were just time for me to learn more. Once again, just each and every week, just try to improve.”

“Well, you know, sometimes you’ve just got to wait your turn,” Gay said. “I’m coming onto a team where it’s loaded. It’s stacked, guys already in positions that have been here a while. You’ve got people playing the positions that have been here six or seven years, so I’m a rookie, I’m just waiting my turn. Hopefully, one day I can get the opportunity, I know I will, but I’m just playing my role for right now.”

Where do the Kansas City Chiefs Rank After Four Weeks of Action? | SI.com

The Chiefs are ninth in the NFL in points scored, with 117 through four weeks. That’s a drop from last week when they were ranked fourth, and behind their 2019 rank where they finished fifth. It’s amazing how scoring 26 points dropped them five ranks, but strangely enough, 26 points was the 16th-highest scoring output of the week.

The Chiefs are third in points allowed with 70, which is an improvement on their ranking of sixth through three weeks. They finished 2019 ranked seventh, so they are actually out-performing their 2019 defense in points so far. Only the Indianapolis Colts are allowing fewer points per game so far than Kansas City’s 17.5 points per game.

The Chiefs maintained their top ranking on third-down conversions despite going only 4-for-11 against New England, still ranking first in the NFL with a 53.8% conversion rate on the year. They finished last season in first place with a 47.6% conversion rate. Clearly, Patrick Mahomes and Andy Reid have as good of a grip on third-down play-calling as anyone in football.

That time @tkelce went off against the Raiders in 2018.

Most rushing yards on scrambles:

So far no new positives from Friday Covid testing in the @NFL. The updates are not available yet from some West Coast teams but TENN, NE, KC had no new positives, which bodes well for those games if numbers stay this way through weekend

With 300+ passing yards on Sunday, Mahomes will become the fifth player with 20 such games in his first four seasons in @NFL history.

TIL: Deandre Washington played with Mahomes. Cool. Wonder if He’ll bring some power that we’ve been missing. Love Clyde, but power running isn’t his strength (he’s not awful at it but his size limits him and our offensive line isn’t helping as its big weakness also seems to be power runs).

CEH is great if they run behind Fisher and Osemele. Not sure why Andy continues to run to the right.

Last edited 3 months ago by venturachief
1

Raider weekend… 6 racks of baby backs on the pit. Rocking my chiefs bbq bib..
Bloody Mary’s for all .. go Chiefs.
And as always fuck the Raiders…

Rock on! Turkey in the brine, getting ready for Thanksgiving dinner tomorrow up here.

Hahaha, that’s awesome… not sure those are baby backs though…

Was it a groin injury that kept CJ95 out towards the end of last season? I seem to remember that it was. Rick Burkholder and the training staff no doubt are on it.

Plus Name and Plus Name
Reply to  larch

In the words of Andy Reid. “He’s got a little groin.”

Severely Concussed
Reply to  Plus Name and Plus Name

I thought that was a Romeo-ism

Snafu
Reply to  Plus Name and Plus Name

The depth on this team has gotten better this year I think. I have full confidence in the majority of the backups to step up if needed. This roster has been carefully built by Veach and his team. We don’t feel like a top heavy team anymore.

zulu trader
Reply to  Plus Name and Plus Name 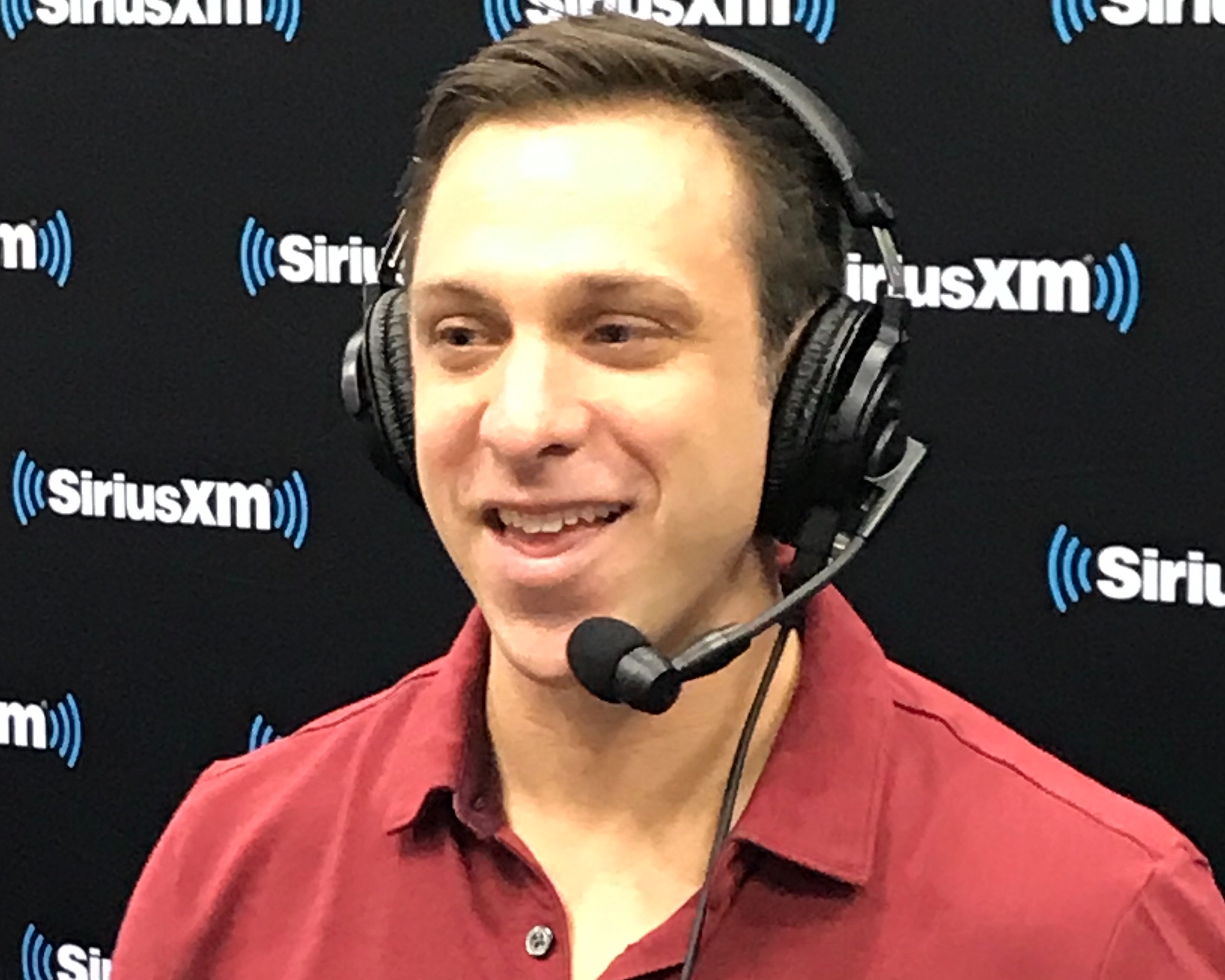 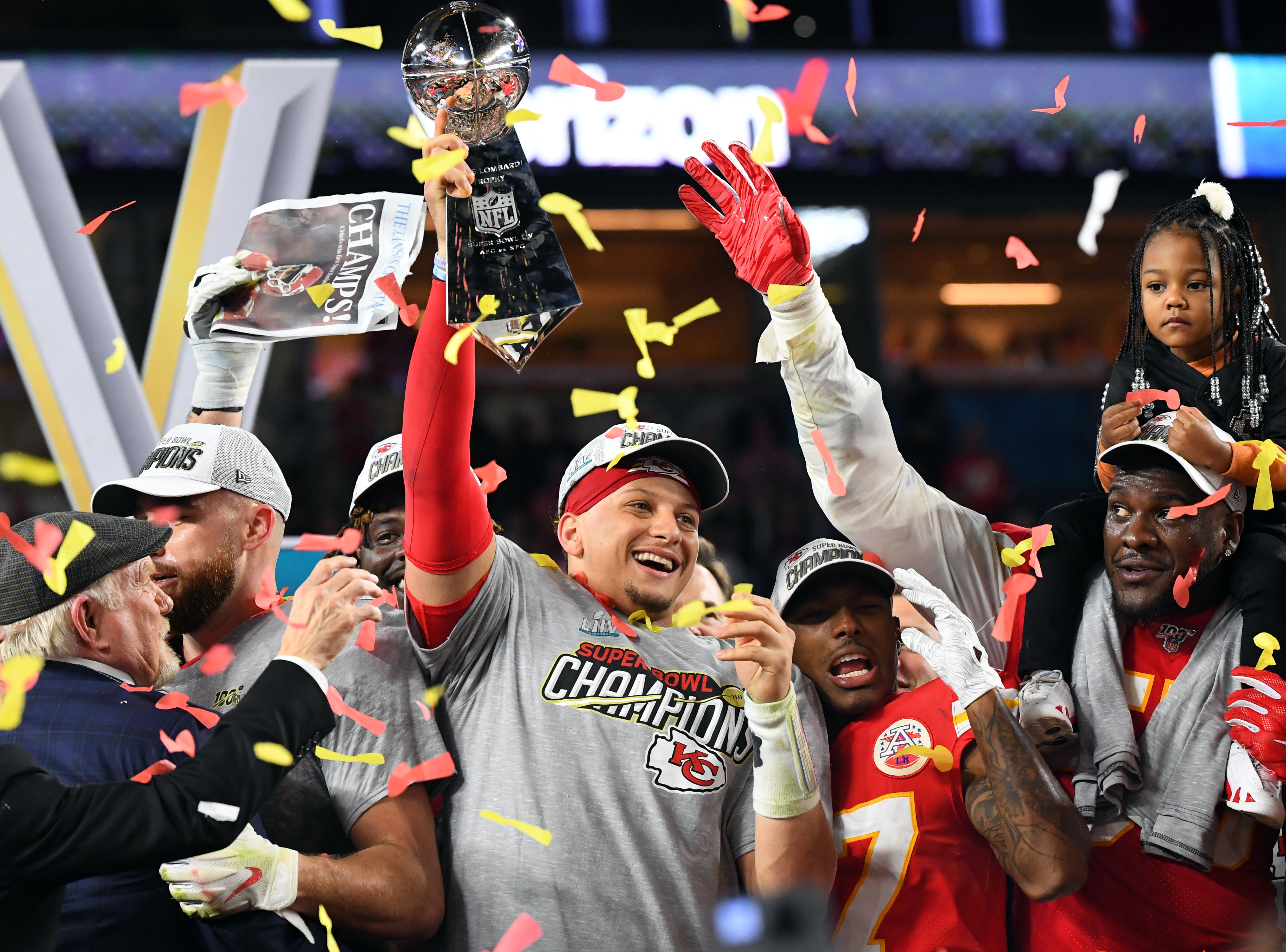 And the difference between 41 and 9 will be the Chiefs margin of victory tomorrow.