Since no one can see into the future, these 2021 NFL Draft quick-snap grades only partially reflect how I expect a player’s career to progress. These grades are, however, an evaluation of the process each team undertook to select the players they did. The grade also is an indication of whether I think a prospect’s selection is of appropriate value given his college film and athleticism.

The Kansas City Chiefs made four of their six 2021 NFL draft selections on Day 3. Their picks ranged from pass-catchers to offensive linemen, but there was only a single defensive player drafted on Day 3.

The Kansas City Chiefs have announced that former center Tim Grunhard will be inducted into the Chiefs’ Hall of Fame this season. He’ll become the 50th member of the Ring of Honor and the 46th player to be inducted.

The best part about Day 3 of the NFL draft is when the Chiefs make front office members, from bigger executives to local area scouts, available to media. On Saturday, Chiefs assistant player personnel director Ryan Poles got a chance to speak about a few players selected by Kansas City throughout the 2021 NFL draft.

The 2021 NFL draft was filled with plenty of surprise selections, but quarterback Trevor Lawrence was assumed to be the top overall pick for months. One of Lawrence’s top targets at Clemson this past season was wide receiver, Cornell Powell. He had to wait a little longer to be drafted, going 181st overall to the Kansas City Chiefs.

The tryout players are:

Get to know all the UDFAs we signed yesterday 📝

Mike Hughes is a physical zone CB that is best with his eyes in the backfield.

Dallas tries boot action to Hughes' side of the field. He reroutes the 9 route, gets his head around to ID the boot, and sees the out route developing in his periphery. Peels off for a big hit PBU.

"Just that I'm coachable. I'm going to work my butt off to make sure that I'm doing the right things and that I'm a team-first guy."

- @creed_humphrey on what he wants the coaches to learn about him during rookie camp.

Two of the strongest arms in the league face off in Week 5.

Can’t wait for @patrickmahomes vs. @joshallenqb 🍿

Kliff Kingsbury said it’s fair to assume Simmons and Collins will line up together as starters. Says he doesn’t want to reveal convos w/Jordan Hicks. But has great respect for him.

#Packers coach Matt LaFleur spoke on QB Aaron Rodgers during his press conference, saying, the team obviously wants Rodgers back. "We want him back in the worst way.” … They’ll continue to work at it. 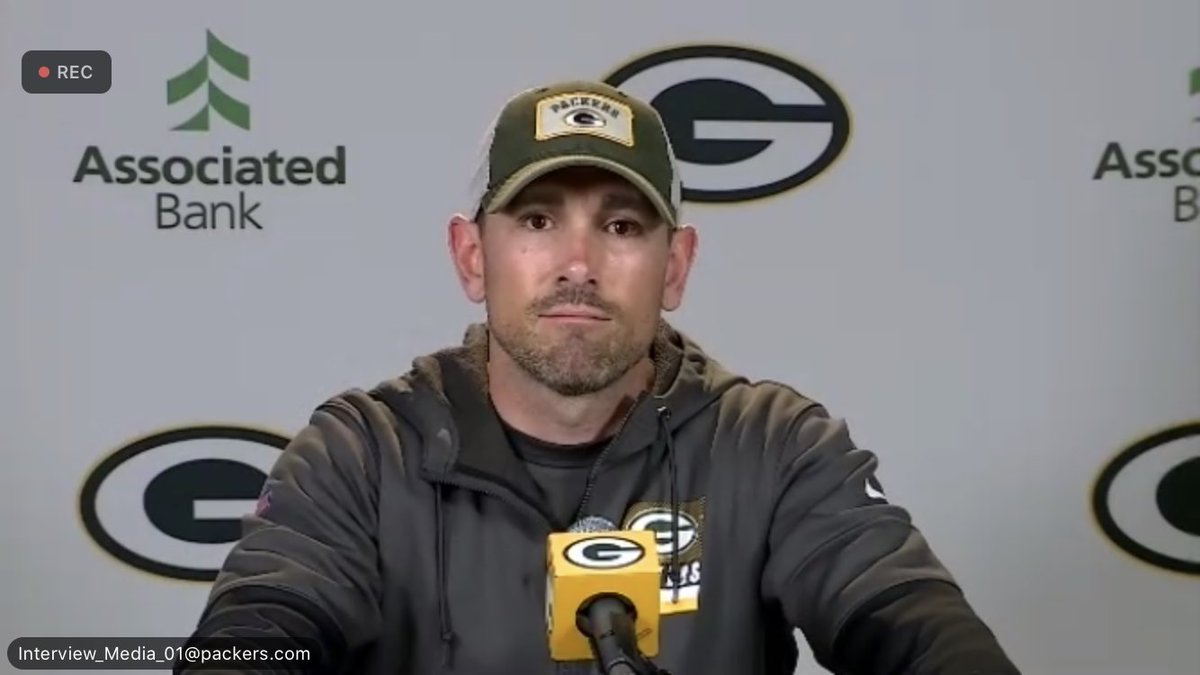 Matt LaFleur on Blake Bortles: “Shoot, he led his team to the AFC Championship. They almost knocked off the Patriots.”

Any chance KC makes any FA pushes after the compensatory pick deadline is up?

McCourty and Ingram would be great additions IMO.

I think all moves are on hold until after rookie minicamps. See how the players look in our scheme, before we decide where we still have holes.

I think they will. They already went after McKinnon, and I think they are looking for possible hits still at DE, LB, DB & WR. O line, QB, and DT are about the only spots I’d be surprised to see a signing at this point, and I wouldn’t be too surprised to see those if Veach thinks he’s found an upgrade in depth.

First thing he should learn from Kelce pic.twitter.com/JSSaL9z1Ou