“We’ve now had a chance for the rookies to go through this first phase of this Training Camp, and that’s lifting and conditioning with a walkthrough,” Reid said. “Then, they were able to start today with their padded shirt and helmet practice, and that went well…we were able to get some work done with them, which is great. If we’re not having the time that we [usually have with rookies] before, to have it now is perfect.”

“The veterans continue to lift. They have four more days of that program and conditioning, and then they’ll be back up and going through this same process that the rookies are with the padded shirts and we’ll kind of mesh them together at that point and everybody will work together,” Reid explained. “So, the rookies went this morning separate from the veterans, so they had a little bit earlier practice than what the veterans do. All has gone well.”

“[It’s] a pretty similar experience,” Washington began. “Both – I feel like they’re both great backs, great strengths to their game.  My experience with Josh (Jacobs) last year and like the same thing I told Clyde (Edwards-Helaire), it’s a long season, just take care of your body. Guys are going roll, guys are going to get reps and he doesn’t have to feel like he takes every rep or be the guy right now.”

In K.C., Mathieu and Spags bonded immediately. Perhaps that started with flattery. The coach told his new safety that he evoked Brian Dawkins, the Hall of Famer he oversaw in Philadelphia. He said, “You’re the guy I always wanted to coach,” and promised he wouldn’t move Mathieu all over the field, like others had. He wanted Mathieu to play free safety—to roam on instinct, blitzing regularly.
His coordinator’s belief meant everything to Mathieu. His belief in himself meant even more. He fit well in Kansas City—a homebody who loved football and barbecue and carried an ethos of everyman toughness, having lived a full life over 28 years and yet continuing to move forward. City, team and fanbase loved him back; they’d seen elite defenders in recent seasons, but never one like Mathieu, who claims, “I do things no other safety does.” He would tip the Chiefs over the edge, one way or another.
For a while, though, the franchise’s 2019 season took a turn toward mediocrity. Injuries piled up, with Mahomes playing through a bum ankle early and later missing two games after dislocating his kneecap. When slot corner Kendall Fuller joined the QB in the training room, with a busted thumb in Week 6, Spags had to undo his promise, moving Mathieu all over the field, like the queen on a defensive chessboard.

Matt Judon was a fifth round pick by the Ravens in the 2016 NFL Draft and hailed from Grand Valley State, a Division II school. He’s risen to the top of Baltimore’s defense and notched nine and a half sacks for the 14-2 Ravens a season ago. Not bad for a Division II linebacker, huh?

[Video] Palmer: Clark, Jones aiming to cement legacy as one of best pass-rush duos ever | NFL.com

Super Bowl Odds: 4-1 – While the Chiefs are going to get everyone’s best shot in 2020, they have the talent on both sides of the ball to overcome it. If the Chiefs aren’t legitimate Super Bowl contenders again, it would be one of the biggest surprises of the season. – Prediction: 12-4

For the past 18 months, there’s been a lot of debate about who has the strongest arm in the NFL, and most of that debate has revolved around Patrick Mahomes and Josh Allen. If you ask the game-makers at EA Sports, they believe the answer to that question is Allen, and we know that because the Bills quarterback was the only player given a throwing power of 99 in the latest Madden game (Mahomes was given a 97 while one other QB had a score above 95).

The good news is that it sounds like this competition is actually going to happen at some point. On the other hand, it probably won’t be happening until next offseason at the earliest due to the pandemic. When it does eventually happen, Allen said he’s hoping that the two quarterbacks can end up raising a lot of money for charity.

“Pat has one of the strongest arms in the league, he’s — if not the best quarterback in the league right now, just the things that he can do on the football field, it’s pretty unbelievable to watch,” Allen said. “I’m a big fan of his game and his playing style. I’d love to finally settle this and figure it out, but we’ll have to make sure that whatever the case may be, it’s going to a good cause and there’s some charity involved with it.” 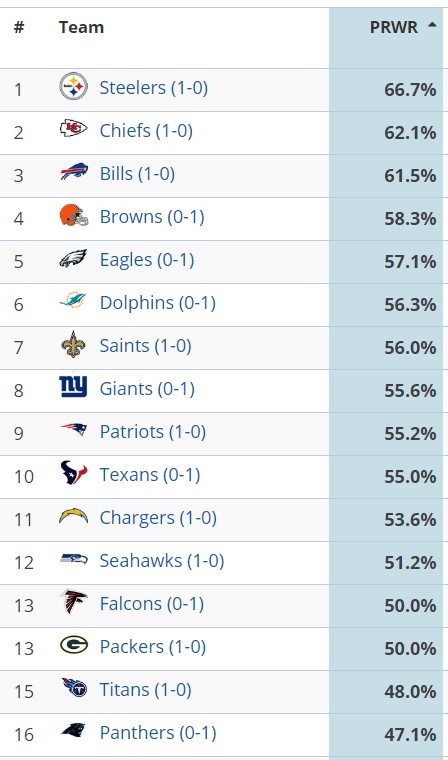 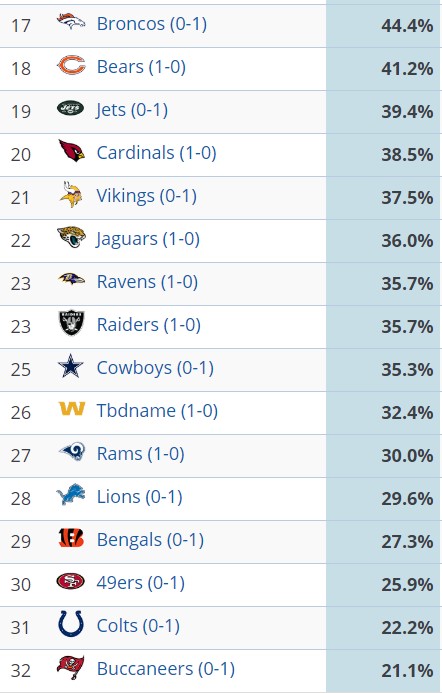 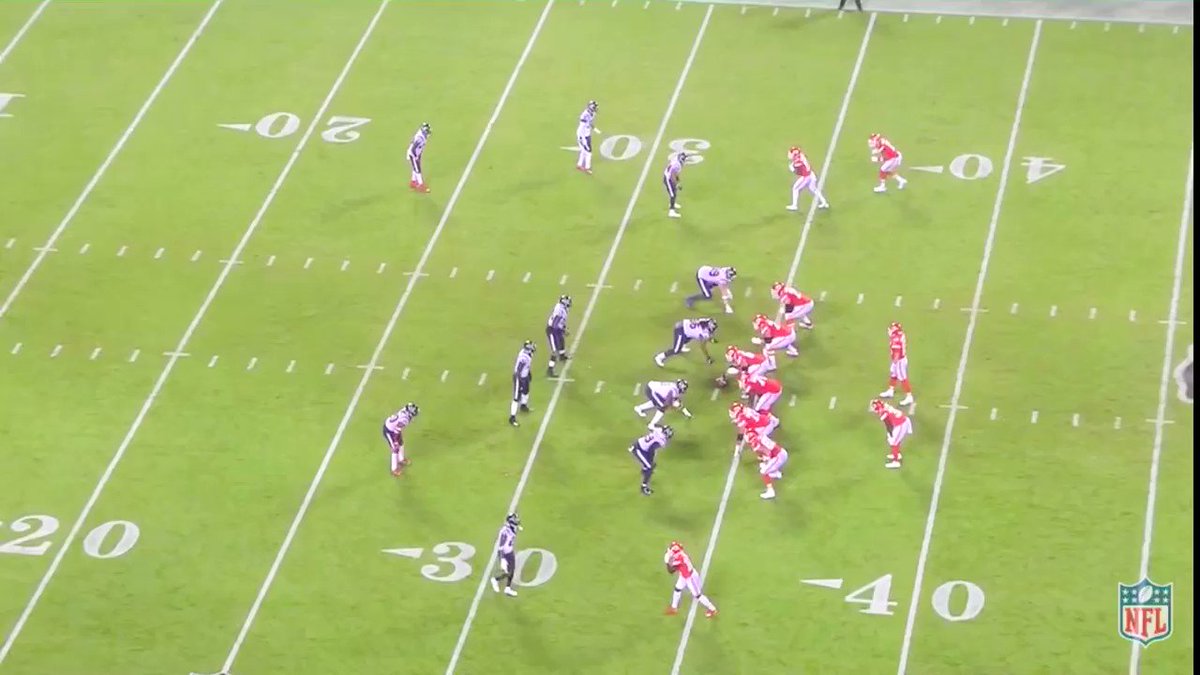 The #Chargers have been as good as any team in the league at slowing down Patrick Mahomes and the Chiefs. A look inside the blueprint:
https://theathletic.com/2074604/2020/09/17/the-chargers-have-a-pretty-good-blueprint-for-slowing-down-the-chiefs/

Sneed got looked at early and often and so far (after a really rough 2nd drive) has done some work. 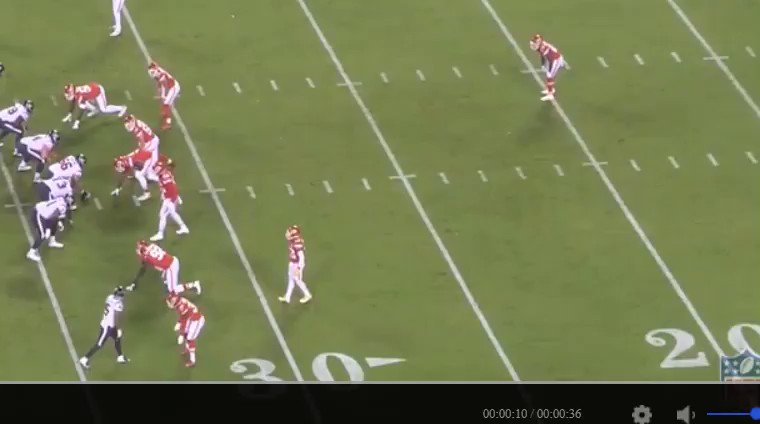 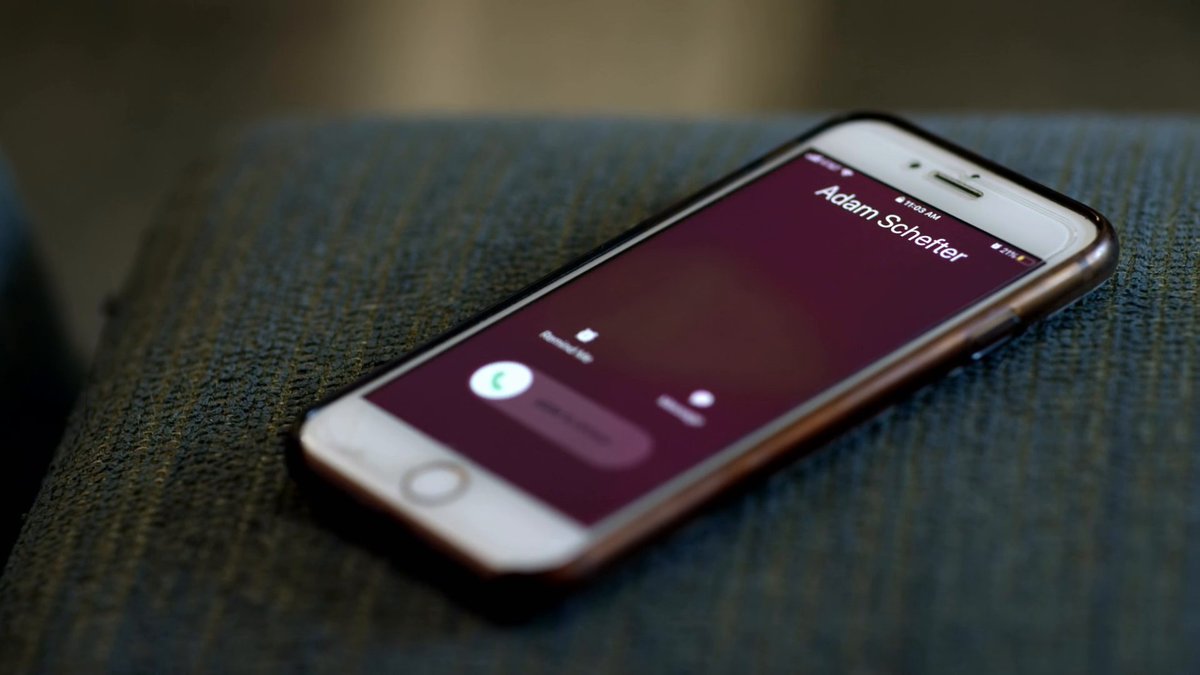 The Chiefs were getting AFTER Watson Thursday.

I wrote about Mahomes' winning with his mind, Edwards-Helaire (of course), the young DL stepping up, and the dominant duo of Jones and Clark (sounds like a law firm) in this week's film review for @TheAthleticKC. Check it out! 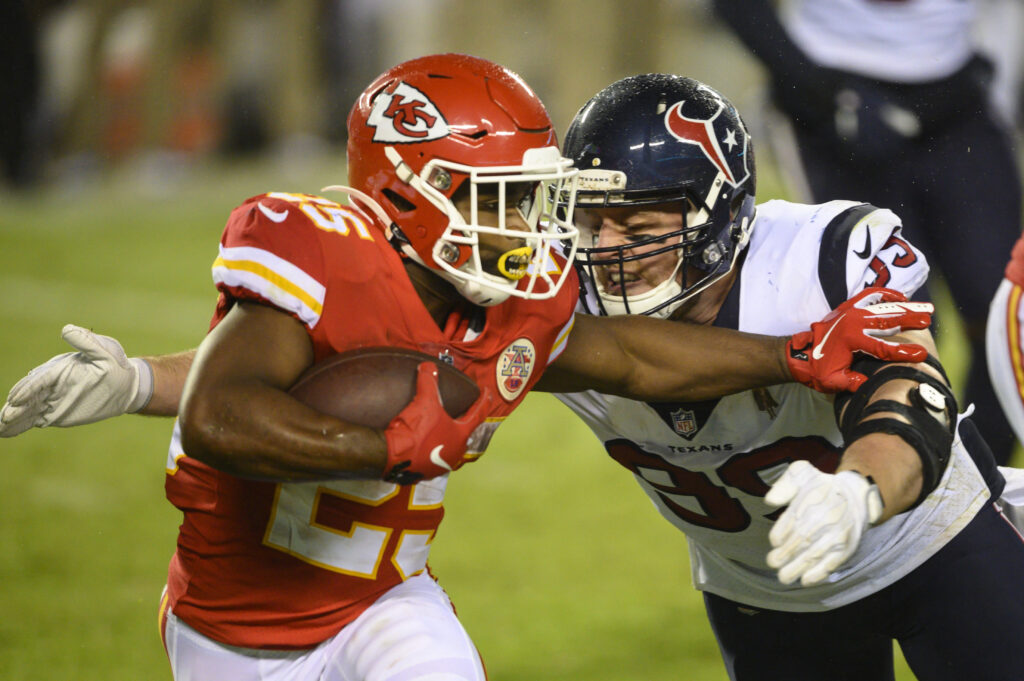 The rookie RB's vision, the Frank Clark/Chris Jones tandem and the better than expected D-line depth are just a few of the areas discussed.

Who's moving to 2-0 in the AFC West? #ItTakesAllOfUs 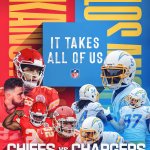 Matthew Stafford for the @PlayersTribune 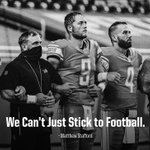 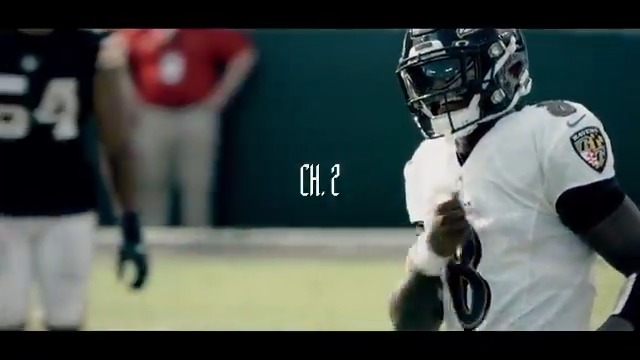 Our inaugural Girls in Football Scholarship came down to four finalists. Check out who revealed the news to this year’s winners… 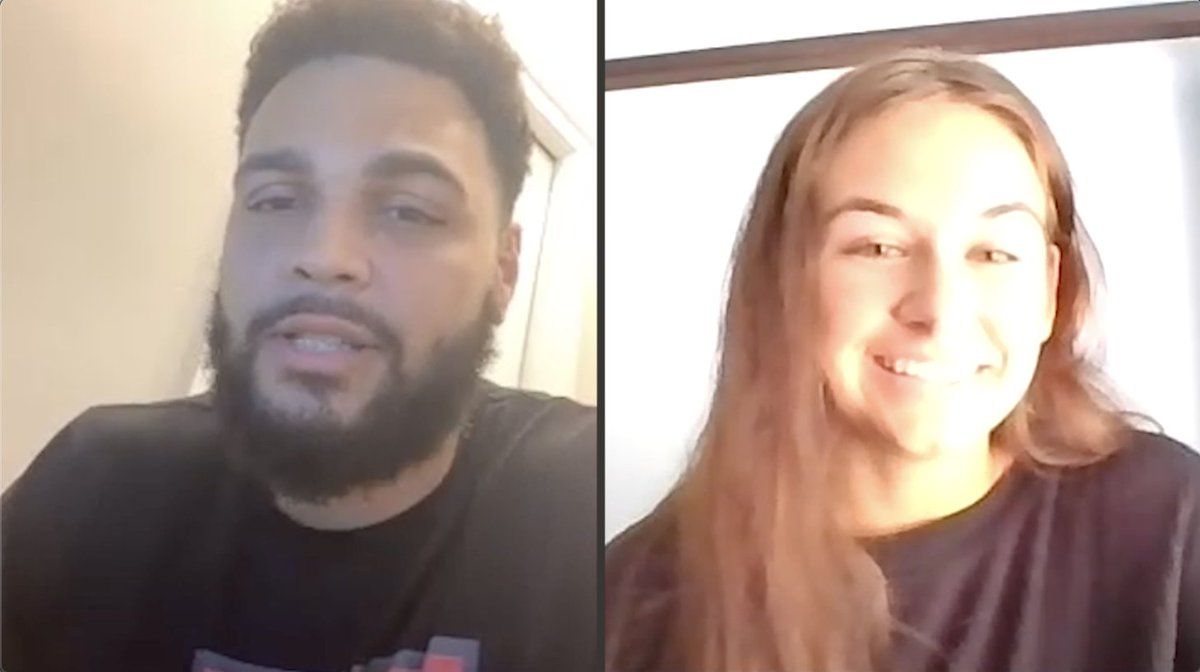 The NFL mourns the loss of Hall of Fame safety and long-time @AZCardinals executive Larry Wilson. 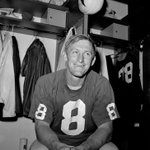 I truly don’t understand where Mnchiefs finds the time to do all the shit he does. It seems like he write 20 articles a day. Maybe he has the kids do all the typing…🤔

It seems like he write 20 articles a day. Maybe he has the kids do all the typing…🤔

I’d rather see Mahomes forget the strongest arm challenge. The only thing that can stop him from a one of a kind career is injury, so why risk throwing your arm out over something like that.

I’d prefer to keep him frozen in carbonite during the offseason.

Yes and dont practice throwing because the same thing could happen. Also dont lift weights or do anything physical except while playing football during a regular season game.

In my opinion he is going to do his thing and as long as he is in red and gold I will support it. Unless of course he goes all Marvin Harrison or something like that. I mean he says before game practices he starts out throwing bombs and tapers down to the shorter passes. From some of the things I’ve read in the past those bombs are looooonng. Also anyone else recall him throwing the ball out of the stadium last year?

Sure you could get injured in any of the activities you mention, but there’s much more chance when you are trying to throw it farther then you ever have because you’re trying to beat someone. Concerning throwing it out of the stadium last year, I wasn’t thrilled about that either, but then my opinions aren’t a concern of Pat’s. They are just my opinions, and I stand by the original comment.he’s got a great career ahead of him. Why risk screwing it up with stuff that doesn’t matter?

I agree with you. He’s big-time now and we have A LOT invested in him. To have him out for a year with a Tommy John surgery would be devastating. Or hell, even to develop a small, lingering pain would be terrible. Having had “tennis elbow”, it totally sucks and it takes FOREVER to heal. Mine took a year to heal completely.

I might add, this throwing competition is for NOTHING other than bragging rights, and Mahomes owns all bragging rights over Allen anyways. It will be entertaining and all, but it’s a worthless risk for Mahomes.

Edit 2: The team doesn’t let him play basketball for this very reason… to keep him from getting unnecessary injury.

Last edited 1 month ago by MasterChief
1

Remember when Bo Jackson was a Royal and some other team was in town for a series with a speedy guy of their own? (I forget who or what team [I think the Twins]). During warm-ups the other team started to push a race between the two players. Hal McRae wandered over and said something like, “If someone gets injured we lose a starting player – you guys lose a bench player.” And that was that.
I don’t need to see a distance throwing contest between Mahomes and anyone. It wouldn’t really answer a meaningful question – and for what?

This throwing contest can only hurt Mahomes’ stock, but whatevs. Gotta love his competitive spirit.

Im just not seeing 12-4 for this team. It feels more like their floor is 13-3 baring some sort of catastrophe.