Le’Veon Bell’s 1-year deal with Kansas City Chiefs worth up to $1.69M | ESPN.com

New Kansas City Chiefs running back Le’Veon Bell will have a $1 million base salary along with up to $1 million in playing time and playoff incentives, a source told ESPN’s Jeremy Fowler. The base salary will be prorated for the five games Bell was not on the Chiefs, meaning he will make around $690,000. He can earn up to $1.69 million in total this season with Kansas City before hitting 2021 free agency at age 29.

Does Le’Veon Bell still have it? What the Chiefs are getting in their new running back | KCStar

Bell’s numbers show his past, not necessarily his future, though one could certainly make a case they are the best predictor of reasonable expectations. But the Chiefs are betting on a resurgence in a new scheme. They aren’t counting on him to be the Steelers-form of Le’Veon Bell — in which Football Outsiders ranked him the top running back in 2015 and among the top-11 in four straight seasons. They don’t need him to be, either. At least publicly, they continue to commend Edwards-Helaire.

Bell is a complementary piece, not the star of the show. The Chiefs still hope to unlock his very best. The question is whether his very best is still in there somewhere after a disappearing act in New York. The Chiefs deemed it worth finding out.

“Look, it’s great to always accumulate good football players and I’ve got a lot of respect for Le’Veon Bell,” Spagnuolo said. “I mean, I haven’t seen him or gone against him in a long time, but I just remember him [being] a headache. I’ll tell you, I mean, he was so challenging to stop in that, what we call ‘dual play’ that the Pittsburgh Steelers ran. Where he would just sit back there and pick and weave. And no matter what you did it felt like you couldn’t stop him for less than 6-7 yards. So a lot of respect for him. [He’s] a good football player and I’m sure our offensive guys over here will be really happy to have him.”

But enough about your fake internet team. What kind of implications does this signing have on the real life Chiefs and the rest of the NFL? Our Cody Benjamin says it’s a perfect fit and KC should be able to repeat as champions.  Benjamin:“This union pretty clearly benefits all parties: Bell gets his best supporting cast since his All-Pro Pittsburgh days, Edwards-Helaire gets less wear and tear for the playoff run, and an already-potent contender gets a battle-tested veteran capable of filling in as a lead ball-carrier.”

“I’m prepared, man. I think I did it last year when Tyreek (Hill) went down, and I think when Sammy (Watkins) went down one time too,” Hardman told reporters on Thursday. “I think I’m ready for the challenge. I don’t think it’s anything that I can’t handle. I’m practicing hard, doing what I need to do, so whenever I get that opportunity, I’m going to take advantage of it. Just come back, see what Coach Reid has in store for me, what he wants me to do. Whatever they’ve got planned for me, that’s what I’m going to go out there and do and do it the best that I can.”

“The Buffalo Bills are in a tough spot,” Gagnon said. “They were exposed in that Tuesday night loss to the Titans, and now they’re going up against the defending champions on short rest. Not only that, but the Kansas City Chiefs should be out to make a statement in prime time following their first loss in 11 months. Wrong place, wrong time, especially considering injuries to key players such as John Brown, Zack Moss, Tre’Davious White and Matt Milano.”

“This is also tough on Buffalo from a matchup standpoint,” Gagnon added. “Buffalo has the league’s worst offensive DVOA on the ground, which could make it tough to take advantage of K.C.’s issues with run defense. Meanwhile, White’s back injury could make it easy for Mahomes to send a message with another epic performance on national television.” Consensus: Kansas City -4. Score Prediction: Chiefs 34, Bills 27

Is there a reason that Osemele hasnt been IR’d yet, especially with the new 3 week IR rule? Do they really think hes going to be able to play again this year, because the last I heard it was certain he was done for the year?

"I feel like the group that we have now for sure is real special." @Passinyo pic.twitter.com/wq5kk51oUp

Quick updates from Sean McDermott this morning:
– Dawson Knox is out. All the other #Bills‘ injured players fall into the “we’ll see” category against the Chiefs.
– The team has tried to address the footing issues at Bills Stadium by adding some fill to the turf.

Players w/ at least 3 TDs while lined up in the slot:

He signed for less than $1M? WAY less? Not very Diva-ish of him.

It would have to be over 6M before he saw an increase in income. The first 6 get paid to the Jets. The lower the figure the bigger the FU message

Well, I’m glad he ahs a healthy hatred for the Jets, then. 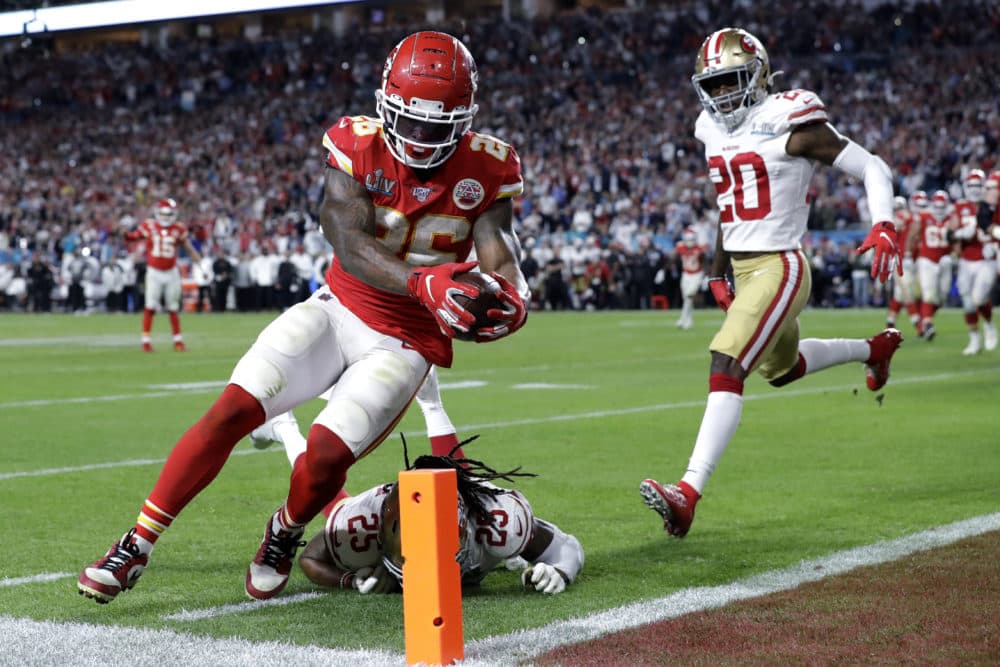 I expect Bell to have two or three games in which he simply shreds the opponent. I also predict that CEH will benefit by having a veteran running back to compete with for snaps. In addition, I believe that our offensive line will benefit with Bell’s style of running – more power and ability to hesitate while waiting for a hole to open – this could be a great answer to our goal line and third and short running issues. Might not see huge dividends until week 10 but I am sure it will be an impact as we roll towards the playoffs.

That’s exactly what I was thinking as well, wasn’t sold on the move to start with. But I’m all in now…

I already have. Three times. Is there a limit?

“President Trump at the Battleship North Carolina in Wilmington on Wednesday. He told reporters later that people should test the system by voting twice.”

Last edited 3 months ago by probablyamistake
0

You guys started it, not me. You want to insinuate voter fraud that’s fine. Expect a response.

Almost all examples given show that invalid ballots are not counted (system works) or are malfeascance by letter carriers, not fraud.

who you calling pam?
🙂

Dropping of my ballot, early voting locations open the 19th in Broward Co.
*directly across thr street from the Post Office, something I had never had reason to notice before…weird year so far 🙂

I voted two days ago at 1030pm. Drove up, dropped my ballot in the box, drove off. Couldn’t be easier

I think the impact this will have on CEH’s availability later in the season will be huge.

Having Clyde avoid the Rookie Wall is good enough in and of itself. Especially in today’s league, 2 good RBs is better than 1.

I just hope he can play like he played against us in past years. From an opponent’s perspective, he was super annoying to watch!