Once Bell become a free agent earlier this week, the Chiefs were the clear frontrunner because of everything the defending champs could offer him — starring next to superstar quarterback Patrick Mahomes, playing for a future Hall of Fame coach (Andy Reid) and an expected head coach in the future (offensive coordinator Eric Bieniemy) and the opportunity to make an impact with his snaps to help the team capture another Vince Lombardi Trophy.

Taylor: At this point, perhaps starting next week, the Chiefs are expected to have Bell and Edwards-Helaire split snaps. The idea is for both players to be effective and healthy all the way through January, the most important time of the season for a team who expects to be the top contender in the AFC. Expect several plays in which both Bell and Edwards-Helaire are in the backfield next to Mahomes to create mismatches for the Chiefs’ offense.

Prior to his holdout in 2018, many would consider Bell the most well-rounded running back in the league thanks to his 8.5 yards after the catch as a receiver. That’s where Bell will fit alongside CHE instead of straight-up replacing him. In five games, Edwards-Helarie has been targeted 27 times, but only tallied `17 catches. In the open field, he’s averaged 9.9 yards per catch but has yet to find the end zone. Even in Bell’s minute role with Adam Gase’s lack of passing, he’s made the most of his receptions, averaging 13 yards per catch.

The Chiefs will likely rely on Bell more as the receiving threat they need to enhance the offense. Edwards-Helarie still should see his average of 16 carries per game, but Eric Bienemy now can deal them out in situations that help the team keep drives alive. With Bell, the Chiefs add a dual-threat option who could see carries on third and short, or be a reliable swing option if pressure arrives up the middle.

When it comes to the former questions, Bell is only going to serve as an asset, not a distraction, in the team’s backfield. The plan all along was for Damien Williams and Clyde Edwards-Helaire to originally split carries and the Chiefs were straightforward about that after drafting the rookie out of LSU. When Williams opted out, it accelerated Edwards-Helaire’s learning curve—for better or for worse. Now Edwards-Helaire can share the offensive load with someone also loaded with talent. He can be inserted into clearly successful situations without having to be forced into less comfortable ones in others (we’ll get into those below). It’s a true tandem that can keep both players fresh for the long haul of the NFL season.

No offense to Darrel Williams and Darwin Thompson and DeAndre Washington, but the drop was rather precipitous from Edwards-Helaire to RB2 and beyond. At least, it was before Bell signed with the team. Nothing is guaranteed in the NFL. Every week brings a new injury (or more) that hurts a contender’s chances to succeed. For the Chiefs, the backfield was tenuous if something were to ever happen to Edwards-Helaire. While that would still be tragic to lose him for any length of time, the Chiefs now have further security at the position even in case of emergency.

While Twitter was down, numerous reports swirled that the Kansas City Chiefs were set to sign RB Le’Veon Bell on a one-year deal. The free-agent running back had recently been released from a multi-year contract with the New York Jets. He had reportedly narrowed his next home down to three teams.

Now that Twitter has come back online, the man himself has come out and confirmed his deal with the team. He did so in the best way possible too, tweeting out a message to the city and the fanbase to express his excitement over joining his new team. Check it out: “Kansas City, #ChiefsKingdom, thank you for the opportunity let’s go!”

“You know I learned a lot from Andy and we could talk for hours about what I learned from Andy,” McDermott said. “I mean he’s probably, professionally my biggest mentor in the business. I think the biggest thing I learned from Andy is just— when he got the job in Philadelphia he had a plan and a vision. A lot of people have a vision for where they want to go but the day-to-day, week-to-week, month-to-month plan to accomplish that vision, I think, was probably the biggest thing [that I learned from Reid]. And how to execute that and adjust as need be.”

Anyway, for Week 6, both of these teams are going to be desperate for a win. The Chiefs are desperate to get back in the win column because a loss would give them the same amount of losses as the Raiders with the black and silver holding the head-to-head tiebreaker (though KC would still have one more win due to Vegas’ bye).

Buffalo is desperate to get a W because this is finally their year to secure the AFC East and they can’t lose any momentum whatsoever if they want to edge out the Patriots for the first time this decade. Also, we all know a loss for the Bills would result in the “Were they ever really that good?” talk, which Kansas City won’t have to deal with since they’re the defending Super Bowl champions. Though a loss for the KC Chiefs would definitely stir up the Super Bowl hangover talk.

Former Chiefs running back Mike Weber has apparently decided he’d rather have the money than the memorabilia when it comes to his short stint with the Chiefs. TMZ first pointed us to the news. The former Ohio State product has put his ring up on the auction block with Goldin Auctions, and those interested have from now until the end of the month to bid on it. You’ll also need at least $55K, since that’s where the bidding is currently at.

Weber was quite a lucky man for his timing in joining the Chiefs in the first place. The team signed him on January 8. They won the championship just a few weeks later, and then the team re-signed him shortly after the Super Bowl. However, they decided to release him after the NFL draft brought Clyde Edwards-Helaire and other talent onto the team. He never appeared in a single game, nor was he ever on the active roster, but Weber was given a ring nonetheless.

I fail to see the big problem here

Welcome my brother! Let’s get it! https://t.co/AgUEcuxy05

Last edited 3 months ago by probablyamistake
3

Let’s Face It … The Depth Behind CEH was Lackluster To Be Kind … This Saves Him ( CEH ) from ” Over Use Abuse ” for a Deep Run into The Off Season & Allows Bell to Showcase His Skills for Next Year’s FA Market … Both have AR’s coveted Pass Catching Ability w/ Bell Also Providing The Short Yardage Ability Our Stable has Lacked for Years …I’m KC Chef And I Approve This Message … ( Sorry … The Plethora Of Political Campaign Ads is Mind Numbing … : )

you been up all night??

I don’t get the indifference (even anger) for signing Bell. CEH is a very good young player, but he’s still a rook. Rookies occasionally make mistakes a critical times. We aren’t under the radar anymore, we’re the team to beat. This is an offense oriented team that has sputtered at times. Watkins is out for a few games, Bell is a good receiver coming out of the backfield. Teams are focused right now on preventing our deep ball, Bell can play underneath and draw the secondary back towards the LOS. He’s also a very good runner and blocker. I don’t see anything but improvement. 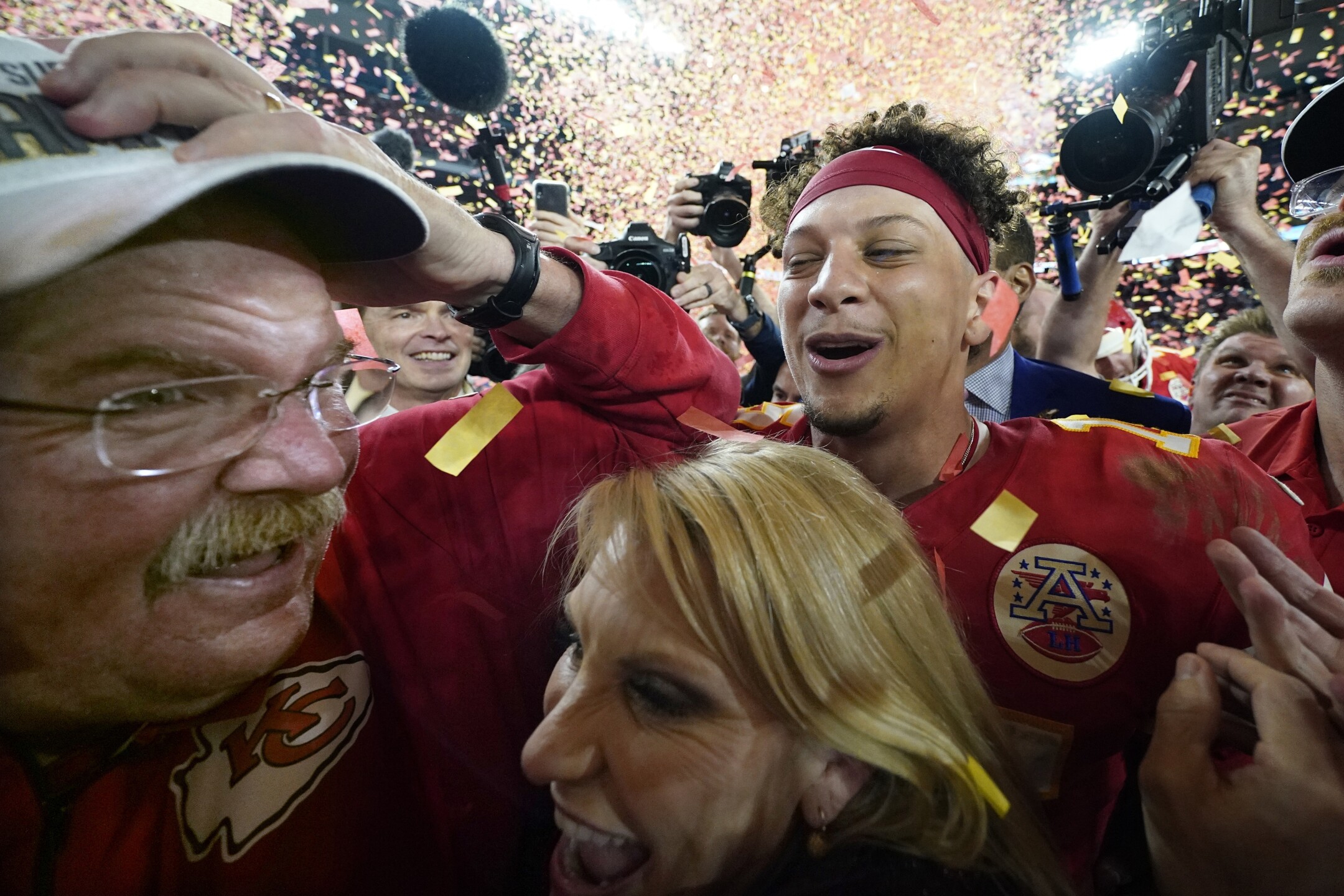 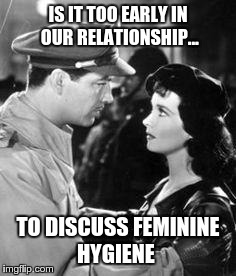 It is better to have that conversation too early than too late.

Our WORLD CHAMPION Chiefs travel to western New York for a must-win showdown on Monday.

Happy Red Friday to the Kingdom!