Good morning AG! Not much happening in the history department, so lets get to the news…

Punter Tommy Townsend’s consistency in pinning opponents near their own end zone have earned him AFC Special Teams Player of the Month of November.

“It was awesome,” Mahomes told reporters. “I think y’all probably saw the tweet when I said, ‘Being a dad is cool.’ When you’re in season, you get to see her, but she’s asleep a lot when you get home, you’re getting home late, and stuff like that. When you’re there for that bye week, and you’re sitting there with her all day, and you’re just playing and seeing how much she’s grown. She’s crawling now, so she’s moving around everywhere; it’s really cool just to watch because she changes every single day. That was really important to me to be able to see her moving around. It was cool.”

It’s been over three years since Eric Berry played a down in the NFL. Many fans assumed that he retired, but it turns out the five-time Pro Bowler isn’t officially ready to hang up his cleats yet.

Patrick Mahomes: Pat Surtain II has all the talent you could possibly want | yahoo

“First off, he’s physically — I mean, he has all the talent you could possibly want,” Mahomes said. “He’s tall, he’s fast, he’s big, he’s physical and then you can tell his dad was a player. You tell those guys that they’re smart, they understand the game, even for a rookie, he has a veteran mindset. He understands what they’re trying to do as a defense. He’s someone you definitely have to know where he’s at every single play and he’s getting better and better each and every week.”

Kansas City Chiefs tight end Travis Kelce has received more Pro Bowl votes from fans than all but one other NFL player.

Indianapolis running back Johnathan Taylor, who leads the league in rushing, has received the most votes (126,381) for the 2022 Pro Bowl, which will be played on Feb. 6 at Allegiant Stadium in Las Vegas.

“If it’s important to the organization from a traditional standpoint, it’s a big-time game,” Smith explained. “For me, I try to take every game as a big-time game. In terms of my preparation, nothing really changes, but obviously it’s a rivalry game and you’ll know it after snap one. We’re really excited about it and like I said, preparation remains the same every week.”

Kansas City Chiefs’ right tackle Lucas Niang will not practice on Thursday, a team spokesperson announced during a press conference.

”Yeah, you have to keep them on for three days,” said Reid regarding the masks. “So, this is our last day with it. We can have them off on the field—indoor and outdoor field. The league is taking precautionary measures. Our guys have done a pretty good job with it so far. They’ve done good with the masks, but also as far as not having a lot of positive tests.”

DE Frank Clark got off to a slow start this season, but he had three quarterback hits and his second sack of the season against the Cowboys before the bye. His ability to get pressure on Bridgewater should free up defensive tackle Chris Jones to get into the backfield while also helping out the secondary.

Ahead of the bye week, Toub did make one change and it looks like that change will stick. For the first time since being drafted in 2019, Mecole Hardman didn’t play any snaps on special teams. Instead, the Chiefs opted to give Mike Hughes all the punt returns during the game. According to Toub, this was an effort to jumpstart a punt return game that has been rather dormant this season.

Justyn Ross had a congenital fusion of his upper cervical spine and then a surgical fusion at a level below performed by Dr. David Okonkwo, a respected Steelers doc. Many teams had taken him off their draft boards, so the risk was real. But the talent is also real. Lands in KC. https://twitter.com/APGroover/status/1521165762043383810

Quite possibly the most fun Draft Fest ever⁉️

Clemson WR Justyn Ross is signing with the #Chiefs to their 90-man roster, per source.

Ross led the ACC in receiving as a freshman in 2018, ranked fifth nationally with 21.7 YPC and was second in receiving touchdowns. He also stands 6-3, 210 pounds. High quality addition for

Here is another one: The #Jaguars have invited #Clemson basketball player Naz Bohannon to their rookie mini-camp.

From NFL Now: The NFL Draft has come and gone and QB Baker Mayfield is still on the #Browns. What now?

The #AZCardinals lose WR DeAndre Hopkins for the first 6 games of the season after a PED suspension.

Memories from the @NFLDraft Red Carpet 📸

EXCELLENT article on the horrible lack of diversity among NFL coaches …

I mean, teams HAVE had the opportunity to hire EB as their head coach. One of these years he’ll get his shot. Until then, helping get our offense back on track is a necessity…

Here’s something for todays History Dept:

20 minutes is far too short to capture all the glorious moments in Chiefs’ history. Heck, 20 minutes doesn’t even bring us all the way through the 2019 season.

29 minutes isn’t enough to get thru “Matriculate the ball down the field, boys”

But when you come against THE CHIEFS,
I am comin’, and PAIN is comin’ with me!!!

Denver – Are you ready for a fight?
Well then you’re in the right place tonight!

And you can expect no mercy!

Broncos fans can’t keep track of how many times we have beat them in a row. They don’t have enough fingers.

So, I had in mind one song to parody, then changed my mind to a 2nd song, and then changed it again to what I have here. The first song will be re-used. The 2nd has been scrapped even though I thought it might have potential. (I was wrong. “Orange Crush” by REM is really weird lyrically and I just couldn’t get it to work).

With that in mind – The 3rd song was the charm for my latest song parody about our rivals, the Denver Broncos. I present: “Upstart Team” (to the tune of Billy Joel, “Uptown Girl”). 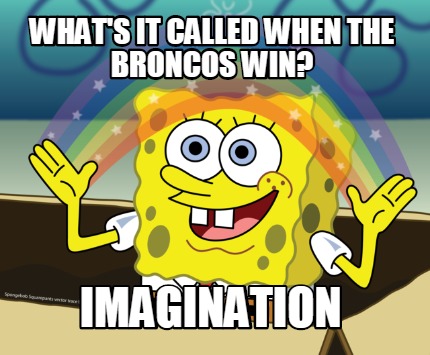 Too early to speculate but I find it interesting that two teachers had brought the student involved in the Michigan school shooting to the.office for “disturbing behavior” – one on the very day of the shooting. The Superintendent has said that it did not warrant any type of discipline. Sounds like there could be a situation here – interested to see how it might play out.

This was discipline when I went to school back in 1955 (yes, it was a Catholic school)…..

“We’re on a mission… from God.” Classic movie.

I read somewhere that it was being considered whether to sanction the parents for improper storage of a firearm.

they are charged with 4 counts of manslaughter

In the more likely scenario where the kid used the gun to commit suicide, should the parents be charged? Its kind of shoveling grief on grief but they still would have facilitated a death of a child.

seems that in this particular case, the parents are 100% culpable: they GAVE the gun to the kid, and according to one report, he was looking for ammo and his mom told him “we’re not mad at you, you just have to learn how not to get caught”

as for suicide: if the parents are involved, then yes they should absolutely be held accountable

PONTIAC, Mich. (AP) — A prosecutor says the parents of a teen accused of killing four students at a Michigan high school were summoned a few hours earlier after a teacher found a drawing of a gun, a person bleeding and the words “help me.”

Oakland County prosecutor Karen McDonald made the disclosure Friday as she filed involuntary manslaughter charges against Jennifer and James Crumbley, the parents of 15-year-old Ethan Crumbley.

McDonald says the gun used in the shootings at Oxford High School was purchased by James Crumbley a week ago and given to the boy.

meanwhile, down in Georgia … a 13 yr (!!!) old boy was making and selling “ghost guns” … some older teen(s) came by to purchase one, but instead stole a gun … the boy then fired at the thief but instead shot and killed his 14 yr old sister

BRAG – I do not understand the leap from my criticism and constant riding of Mecole Hardman to being a teacher unable to empathize with bullied students and labeling and judging said students in a real life environment. That claim is too ridiculous to bother to comment further on. Guess I need to find a career in which I will have less of a negative impact on young children.

or more of a negative impact on Hardman? (I’m kidding, of course)

Yep, I didn’t think you would catch that…😊