“Bake (DeAndre Baker) he had surgery,” Reid said. “It went well. It’s amazing what these doctors can do today. He had a broken femur. They did the surgery and it looks like it was successful. He actually can do a little bit of weight-bearing on it today, which I mean is something. If you’re going to have a break, which was brutal, but if you’re going to have one it was a clean — it fit back together perfect they said.”

“Bake is actually, literally a minute before I got on this call I found out that he’s actually in the building right now,” Reid said. “It’s an amazing deal. When you saw it on the field, which I mean I was standing right there, these doctors the things that they can do are incredible. If you had to have a break, I guess this was the break to have because it fit back together well. I think full recovery — unless there are any setbacks here — full recovery is going to be a beautiful thing for him down the road. He’s still going to be able to play and do the things he did before.”

On Monday, Rapoport tweeted that the Panthers were requesting permission from K.C. to interview Ryan Poles, the team’s assistant director of player personnel. To be precise, Poles presently shares that role with Mike Bradway in the Chiefs organizational chart. Before that, Poles was the team’s director of college scouting (now held by Ryne Nutt).

KC Chiefs: Byron Pringle made a strong case to be a starter in 2021 season | KCK

Pringle finished Week 17’s loss to the Chargers with four receptions for 52 yards and a touchdown. He didn’t lead the team in receiving yards, but he most definitely had one of the best performances in the game by far.

Not only did Pringle ball out against the Bolts on Sunday, but Hardman had a rough game. Many have been disappointed with Hardman so far and it’ll be interesting this offseason to see those two duke it out for who gets to be ahead on the depth chart.

49ers head coach Kyle Shanahan revealed on Sunday that defensive coordinator Robert Saleh will be meeting with the team on a video conference and Ian Rapoport of NFL Media reports Chiefs offensive coordinator Eric Bieniemy will be doing the same. Both men are expected to interview with other teams as well.

New rules in place for this offseason call for teams to hold virtual interviews with coaches whose teams are still active in the postseason. Other interviews can take place in person, but the Falcons are opting for the remote approach for the time being.

Thompson certainly made the most of his opportunity. The second-year tailback had a game to remember on Sunday, tallying 110 yards from scrimmage on 21 touches (14 rushes, 7 receptions). He led Kansas City in both rushing (45 yards) and receiving (65 yards) while finding the end zone twice.

Thompson is just the second member of the Chiefs to record both a rushing and a receiving touchdown in a single game this season, joining wide receiver Tyreek Hill.

Entering Week 17, Kelce ranked No. 2 in receiving yardage behind Buffalo Bills wideout Stefon Diggs, who had amassed 120 catches for 1,459 yards and eight scores. Kelce had 105 catches for 1,416 yards and 11 touchdowns.

Diggs had 76yards on seven catches in his team’s 56-26 win against the Miami Dolphins on Sunday afternoon, meaning Kelce finished 119 yards shy of the No. 1 spot. 3

“It’s opportunity meeting preparation,” Thompson said after the game. “It was time for me to grow, and then I just needed an opportunity. This was an opportunity, and I took advantage of it.”

“I never stopped believing in myself,” Thompson said. “I look myself in the mirror every morning. I’ve got a whiteboard with all my goals for myself. They say, ‘Finish 2020 out strong. Come into 2021 dominant.’ I recreated my identity, and I just know my coach is watching over me.”

Right now, the #Browns offense is currently down its HC/play-caller (Stefanski), OL coach (Callahan), OL asst. (Peters), WR coach (O’Shea) and TE coach (Petzing). How does CLE get through the week of practice offensively?

I am starting to the the Steelers are infecting their future opponents. This is like the 4th time the Steelers game has been in focus because of Covid.

Really would prefer EB NOT go to Los Diego.

“or…OR…he could come back and sign with the @Chiefs.
Cameron Wolfe@CameronWolfe
Emmanuel Ogbah says Sunday was one the most embarrassing losses of his career. It left a sour taste in his mouth.

Ogbah would love a Dolphins contract extension. He said I did my part and now it’s my agent’s part.

Ogbah had a team-high 9 sacks and def an extension candidate.”

He is not a free agent until March.

I said yesterday I thought letting Lynn go was not the best move in the best interest of Hubert’s development. Today I see they are even THINKING about hiring Jason Garrett. Good for us that this is their thought process, but Hubert’s development could be shorted by the wrong coach. Garrett did so well in Dallas with Prescott.

Would love it if they hired Garrett.

I’d feel bad for Hubert, but I’d get over it.

Every time I see the abbreviation for the Washington Football Team, my brain reads “WTF”.

100%. And thats why I like using it. Seems so appropriate.

Great news on DeAndre Baker. It was pretty scary when he went down, and most of us assumed he might miss a chunk of next season as well.

I hope he heals fast and gets a chance in the off-season to earn playing time.

Thanks, DaChefs! Love the morning huddles!

They must think Garrett fullfills the Rooney rule. But I don’t remember Gingers being on the list. 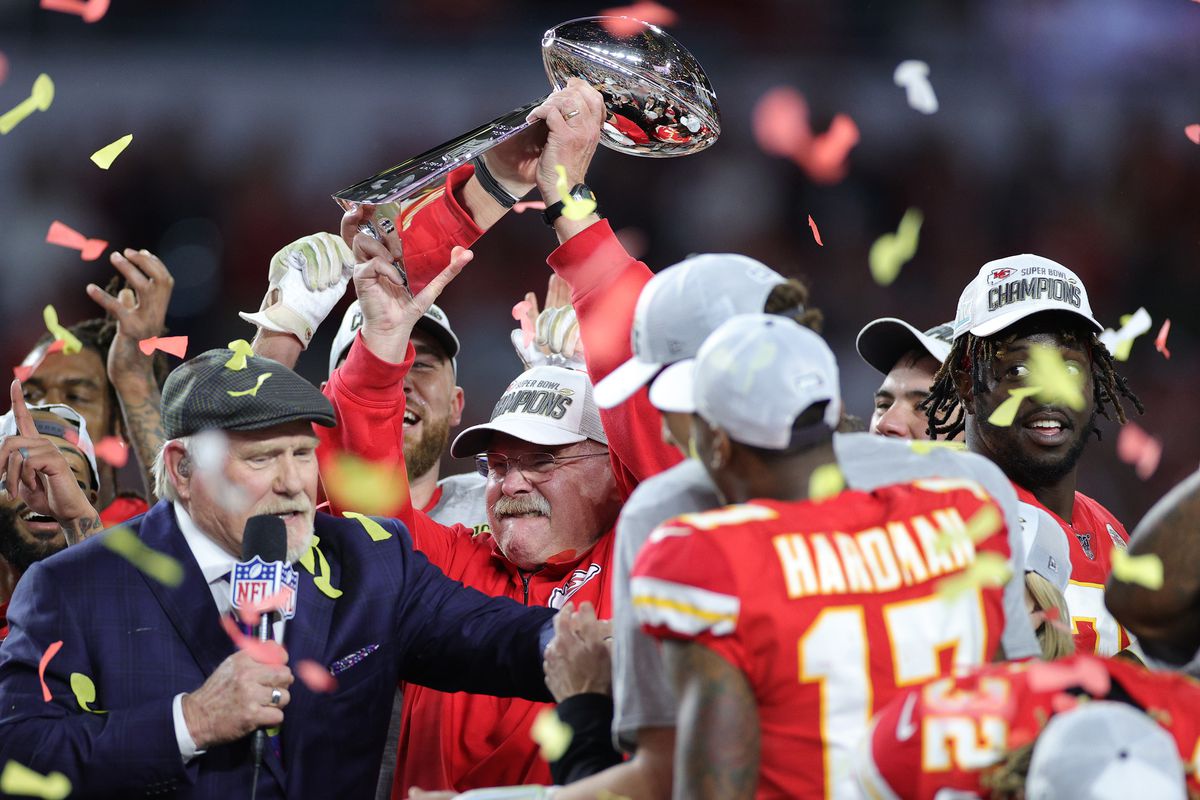 “On Monday, Rapoport tweeted that the Panthers were requesting permission from K.C. to interview Ryan Poles, the team’s assistant director of player personnel.”

If he gets hired, and EB finally gets a job, we’ll be up for 3 years of 3rd round comp picks.