NFL Divisional Round: Five things to watch in each game | NFL.com

2) Beating the Chiefs is not for the timid. The Browns showed against Pittsburgh that they are willing to stay aggressive with a lead, which is necessary against Kansas City. Cleveland’s coaching staff has also been incredibly flexible, adapting each week and within games as well as any staff in football.

5) I’m not worried about the Browns’ offense staying efficient. They should be able to move the ball, but they don’t have a lot of options in coverage against Travis Kelce and Tyreek Hill. Then again, who does?

This is the one matchup that clearly favors the Browns in this game. Chubb and Hunt combined for 206 yards from scrimmage Sunday night, and they’re the main reason the Browns had the league’s No. 7-ranked rushing offense in terms of DVOA.

Now that unit hopes to have star veteran Joel Bitonio back from the reserve/COVID-19 list against the league’s 31st-ranked run D in that same metric. That unit performed better as the season wore on but still struggled to stop Melvin Gordon, Ronald Jones II and Alvin Kamara down the stretch.

We could have just as easily gone with All-Pros Tyreek Hill or Travis Kelce here, but the Chiefs don’t win last year’s Super Bowl without Jones. He was an absolute force in that victory over the San Francisco 49ers, and he’ll be charged with leading the defense against Mayfield and Co. on Sunday.

Particularly dangerous for Cleveland is the fact Bitonio remains a question mark while they lost right tackle Jack Conklin to a hamstring injury against the Steelers. They can’t afford to be significantly short-handed in this spot.

Hunt ran for two touchdowns in the win over Pittsburgh and scored 11 touchdowns in the regular season for the Browns. He signed a two-year extension with the team last September and Chiefs head coach Andy Reid said Monday that he’s happy that Hunt has gotten back on track.

“I like Kareem,” Reid said, via Adam Teicher of ESPN.com. “I’m glad things are going well for him. He knows a lot of the guys who were on [the Chiefs] last year and probably felt bad about not being a part of all that. Most of all I’m happy for him that things are going in the right direction for him.”

According to the NFL’s official transactions report, the Chiefs have activated LB Anthony Hitchens and DE Mike Danna from the reserve/COVID-19 list. Hitchens tweeted last week, indicating that he’d returned to the team facility and would be back from the reserve/COVID-19 list. Danna was only recently placed on the list after being confirmed as a high-risk close contact to someone who tested positive for COVID-19.

The return of Hitchens is big news for the Chiefs. He was placed on the reserve/COVID-19 list on Dec. 22 and missed Week 16 against the Falcons and Week 17 against the Chargers as a result. He’s typically the defensive signal-caller for the team. He wears the green dot and in his absence, the team had relied on Ben Niemann and Darius Harris to relay the play call’s to the defense. Hitchens has also been heralded as the “glue guy” on defense. He makes all the individual units work together and play at their best.

“His track record speaks for itself,” Mahomes said. “The type of man he is, the way he can control and be a leader of the locker room and the way that he coaches and schemes he brings to us. If he doesn’t, people are crazy.”

PFT reported this weekend that some around the league believe Bieniemy will not land a job and that he has told some people that “he wants to stay with the Chiefs until he finds the perfect job.” Mahomes said he’d love to have Bieniemy around for another year, but believes he “deserves that opportunity to lead his own franchise and his own team.”

According to Chiefs Digest’s Matt Derrick, the team intends to sign former Chiefs WR Marcus Kemp to the practice squad. Kemp originally signed as the Chiefs as an undrafted free agent in 2017 and has bounced between the roster and practice squad ever since.

In order to make room for Kemp on the practice squad, expect the Chiefs to move CB DeAndre Baker to the practice squad injured list. He suffered a fractured femur in the Week 17 loss to the Los Angeles Chargers. Look for the transactions to re-sign Kemp to be made official in the coming days after he clears COVID-19 protocols.

K Hunt’s immaturity has me hoping Andy let’s us smear the poop stains all over the field Sunday.

Hopefully their secondary takes the choice away from him then. 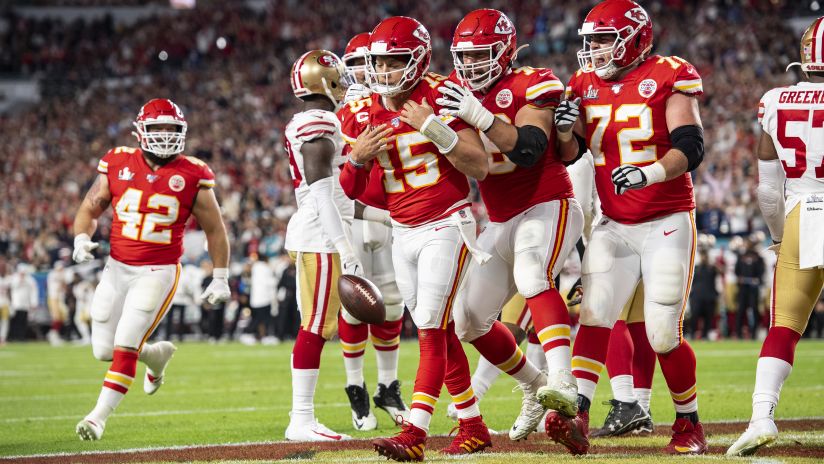 I’m sure other posts are going to be covering this, but did anyone see how many passing yards the Steelers had? 501 I know they were playing from behind all game but that said the Browns have one of the worst secondaries I have seen. PM15 is going to be able to eat them alive at will. The only way we lose this game is if we do the same thing the Steelers did and have 5 turnovers.

Yeah. I don’t see their defense stopping us unless we just refuse to show up and play sloppy as hell

I think they just chose Wentz over Doug.

A huge mistake to choose either of them, but they chose the worst option.

Getting a little nervous because this feels like a “should win” game. I don’t like those. LOL

You must not like 1st half leads either. LOL

I like 2nd half leads a lot more. LOL

Especially when the clock hits 0.

I’ll feel better after the divisional game is over.

Sun game per Vegas – this morning:

Check out some of @PatrickMahomes' best throws of the season! #RunItBack

You have to celebrate the small victories in life

This is what I keep telling her, but she insists that size matters

It’s not the size of the ship. It’s the motion of the ocean. But it’s awfully hard to get to England in a rowboat.