What we learned from Chiefs’ 34-20 win over Ravens | NFL.com

For as momentous and anticipated as a game can be three weeks into a season, that’s how large Monday night’s much-ballyhooed showdown was. Led by wunderkinds at quarterback who in their mere fives seasons of experiences seem already to be transcendent talents, the Chiefs and Ravens collided. And from the start, it was all Patrick Mahomes and the Chiefs. The reigning Super Bowl champions flexed their might with Mahomes captaining an offensive showcase in the opening half that led to a 34-20 victory. As Mahomes tallied five total touchdowns, Lamar Jackson struggled in the Ravens’ first loss.

Frankly, it doesn’t seem fair for Baltimore or any opponent that Mahomes is capable of taking off when the defense has to account for what he can do with his arm. And he reminded everyone of exactly what that is with an absolute show.

Mahomes found fullback Anthony Sherman with an underhanded throw for a touchdown, connected with Tyreek Hill on a perfectly placed ball over the top of the defense for another score and arched a beautiful rainbow right into the waiting arms of Mecole Hardman for his fourth touchdown of the first half.

Patrick Mahomes, who became the fastest QB to reach 10,000 yards passing for a career (34 games) during the first half, was apparently determined to prove his superiority in a game featuring two former MVPs at quarterback, and boy did he do just that. No. 15 simply could not be contained, even by a talented Baltimore “D.” His trademark arm was on display for a handful of perfect deep balls, and his legs were also an underrated factor throughout the night, contributing to a truly MVP-caliber five-touchdown night. It didn’t matter who he was throwing to — Tyreek Hill, Mecole Hardman, Eric Fisher (!). The accuracy was there. The touch was there. He was nearly flawless. K.C. also benefited from Clyde Edwards-Helaire’s obvious versatility, with the rookie gashing the Ravens on the ground and out wide, while the defense was practically just as imposing, or at least when it mattered most. Led by veterans Frank Clark and Chris Jones, who combined for three sacks, the Chiefs left Lamar Jackson frequently frustrated, almost entirely eliminating Baltimore’s downfield passing game.

Mahomes, in his 34th regular-season start, completed a 13-yard pass to Travis Kelce that put him over the 10,000-yard mark. Kurt Warner previously held the record at 36 games. Mahomes finished with 385 yards with four touchdowns and no interceptions. The 25-year-old tied Detroit Lions quarterback Matthew Stafford for second in games with three passing TDs at age 25 or younger with 17, surpassing Peyton Manning. Dan Marino holds that mark with 28. In his first season as a starter in 2018, Mahomes became only the second quarterback in NFL history to throw for 5,000 yards and 50 touchdowns in one season.

“Touchdown, Eric Fisher!” Count it among the things that you probably didn’t expect to hear during “Monday Night Football.” That’s right, Chiefs Kingdom. The former No. 1 overall draft pick in the 2013 NFL Draft and starting left tackle for the Kansas City Chiefs caught a touchdown pass.

The Kansas City Chiefs came into the Baltimore Ravens’ M&T Bank Stadium and made a statement. They’re the reigning Super Bowl champions and they’re not going down that easily. It doesn’t matter that not a single ESPN analyst picked the Chiefs before the game. This team came in with a plan, they knew how they wanted to play on both sides of the ball after a rough Week 2 game.

For the third straight season, the Kansas City Chiefs and quarterback Patrick Mahomes got the best of the Baltimore Ravens with a 34-20 victory over their closest AFC competition on Monday Night Football. While the Ravens’ first drive looked destined for the endzone, the Chiefs defense didn’t allow quarterback Lamar Jackson and his variety of weapons to find paydirt. Kicker Justin Tucker knocked in a 26-yard field goal to give the home team the early lead. Mahomes would make sure he wasn’t outdone on his first drive. Mahomes capped off a 75-yard drive with a 3-yard run for the first touchdown of the game. The Chiefs’ hero a week ago, kicker Harrison Butker missed the extra point to only put Kansas City up three with six minutes remaining in the first quarter.

NFL Power Rankings: The Chiefs are No. 1, and everyone else is miles behind them | Yahoo.com

Before Monday night, the Kansas City Chiefs and Baltimore Ravens were on a tier above everyone else. On Monday night, we found out that top tier has just one team. There’s no question anymore who deserves the title of the NFL’s best team. The Chiefs’ utterly dominant performance in a 34-20 win over the Ravens puts all other NFL teams in chase mode. We’re more likely to have conversations about 16-0 before anyone realistically challenges the Chiefs for the top spot in the NFL.

Mahomes has thrown for 335 yards and two touchdowns before halftime. This man is ridiculous. 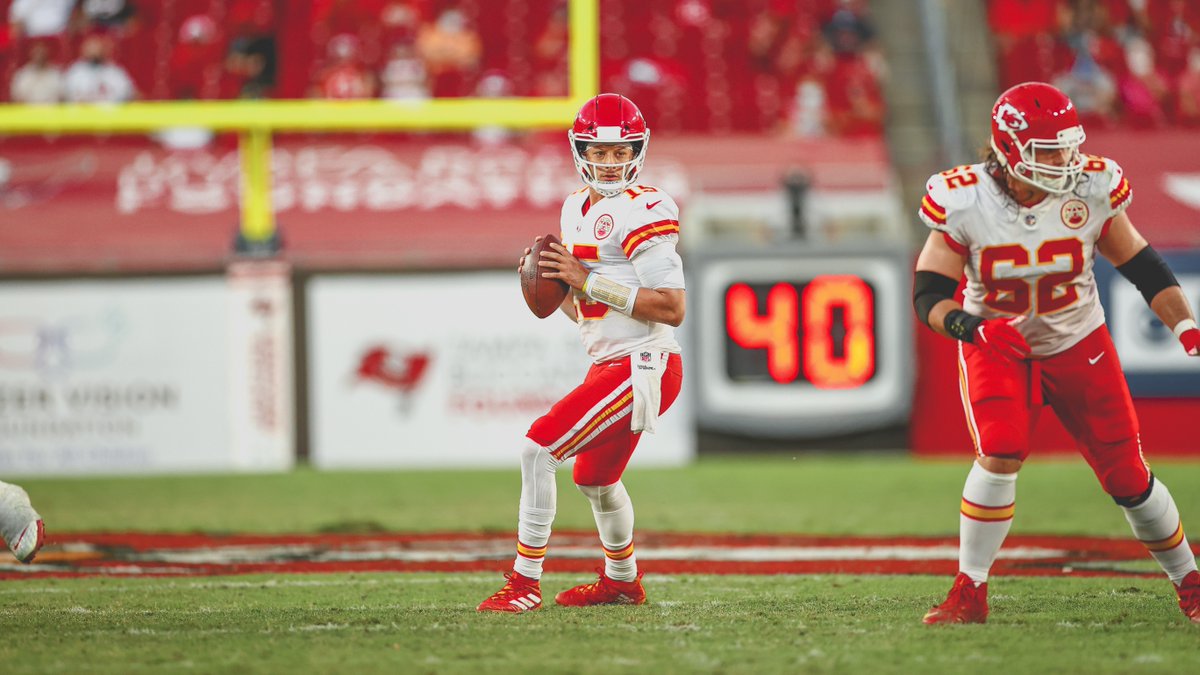 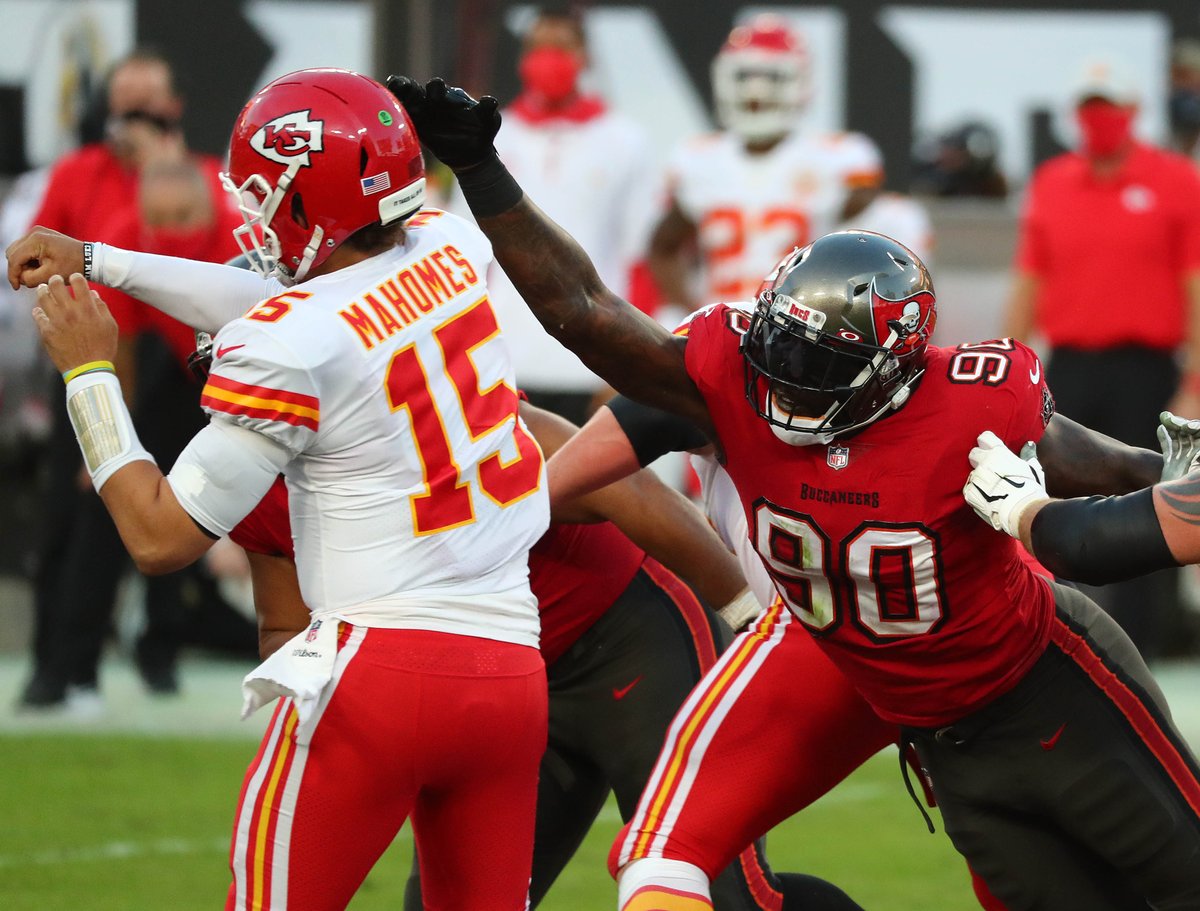 Chiefs' LB's lack the speed to get to the sideline on time, and Sorensen just couldn't clean it up.

It’s not quite December, and already the Jaguars, Lions, Texans and Falcons all have fired their GMs. COVID not buying anyone any cover.

What about Doug Marrone? Owner Shad Khan spoke to him after the game to confirm that the decision on Dave Caldwell has no bearing on Marrone or his coaching staff.  Khan informed Marrone that he and his coaching staff are secure through the end of the 2020 season

Trent Baalke will serve as interim general manager through the end of the 2020 season.

Kia and I have a scathing report card for the Baltimore flame outs…I mean Ravens!

Please check this one out from front to back, laugh with us in the comment section, triple tap that like button and subscribe with the notification bell!

Ha! “An inaccurate Michael Vick,” phrased by the department of redundancy department.

I’m old enough to remember prime Michael Vick. The only major difference between Vick and Lamar Jackson is that Vick had better poise.

Patrick Mahomes’ fiancee @brittanylynne8 didn’t forget the Chiefs QB was voted No. 4 on the NFL 100 🍿

In his press conference, he implied that he was counting their TDs. He’s not a very convincing liar.

And we left 4, possibly as many as 11 points on the field. 12 straight victories. I love this team.

Special teams cost us 11, fumble in field goal range was another 3 or 7. It was pretty obvious which team was better last night, but it could have been even more so

Any update on sneed and his collarbone injury

This is the info I need

Gotta hand it to Spags, the raven’s hybrid college offense isn’t a threat at all against us.

Huh, I thought I was the only one crotchety and cynical enough to call them a college offense.

Great victory! Don’t get cocky, Chiefs. We have a short week and a good opponent coming up.

Next 3 games are going to be a grind.

Then we get a breather.

1st 3 games were supposed to be a grind too. So far, I’d say the San Diego L.A. Dolts game was the grind. Much more so than last night.

Friggin Chargers, seem like they’ve always seen KC as a rivalry game. They always give us a really tough game when you’d least expect it.

One game at a time. Do not underestimate any opponent. “Any given Sunday” and all.

Im excited for Tony’s power rankings this week. How far do the ravens drop? Bottom 5?

#3 in the College football polls.

And will the Chargers leapfrog over the Ravens?

Great win last night! I have only one concern. Did Sneed get injured on that near interception on the sideline?

I think he broke his clavicle.

Fortunately Ward got some good practice wearing a mitten last night. And Fenton seems to be playing pretty solid.

Only four number 1 overall picks drafted since 1985 have caught a touchdown pass in the NFL.