Chiefs HC Andy Reid revealed to reporters on Friday that the play was called “Catch and Release.” “Yeah, ‘Catch and Release,’” Reid said. “You know, ‘Fish’ [Eric Fisher’s nickname]. And actually, that was EB’s [Eric Bieniemy] play. He’d been bugging me about it since we were on the plane coming back from the Chargers. That would be a good one, so yeah. You know, ‘Catch and Release.’”

It’s not the Patriots’ offense of yesteryear either, but that may be a good thing for this matchup. Cam Newton has led the most efficient rushing attack in football through three weeks, according to Football Outsiders. That matches up well against the Chiefs’ defense (fifth vs. the pass, 30th vs. the run), making the Patriots the perfect team to employ the “keep the ball away from Mahomes” gambit. That could lead to a fun study of contrasts, but it’s always seemed like a sucker’s move to me. Losing faster is still losing.”

Mike Pennel has positive impact in return to Chiefs | AA

“Mike did a nice job for us. He came back through the course of the week,” said Daly. “I was really impressed with how he handled the time off. Physically, he was in good shape. He brought a lot of energy to practice. It was great to have him out there. I thought that carried over into the game on the sideline. He was very engaged, he was dialed in. He gave us something from an attitude standpoint.”

“I thought he did a really nice job, particularly in the downhill run game, playing the double teams that Baltimore gave us. He’ll continue to develop and increase his role. Some of the flat zone schemes, I think he’d tell you there’s a couple of those he could play a little bit better. But I was really pleased with what we got out of him, and I think he’s going to continue to contribute in a positive way for us.”

Defensive end Chris Jones is questionable with a groin injury that limited him in all three practices this week. Jones played 37 snaps in Monday night’s win over the Ravens. He averaged nearly 90 percent of snaps in the first two games before that dipped to 70 percent Monday night. Still, Jones was disruptive with two sacks, two forced fumbles and five tackles. Defensive end Alex Okafor (hamstring), offensive guard Andrew Wylie (illness), receiver Tyreek Hill (heel) and cornerback Charvarius Ward (hand) are off the report and good to go.

The Kansas City Chiefs and the New England Patriots are even-steven against one another since September of 2017 (2-2), but not for long. Kansas City will be playing at home against the Patriots at 4:25 p.m. ET on Sunday. Coming off of a win even when the odds were against them, Kansas City has to be feeling especially confident now that the spread is in their favor.

This past Monday, Kansas City turned the game against the Baltimore Ravens into a track meet and took the gold after outgaining them 517 yards to 228. Kansas City took their matchup against Baltimore 34-20. The Chiefs’ QB Patrick Mahomes was on fire, passing for four TDs and 385 yards on 42 attempts in addition to punching in one rushing touchdown. Mahomes ended up with a passer rating of 133.50.

“We are pleased to have come to a fair and swift resolution in this case. Mr. Breeland looks forward to putting this entire ordeal behind him. “We appreciate the York County prosecutor’s cooperation and professionalism throughout this process. This case is a prime example of how a person is best served by allowing these matters to be litigated in a court of law, rather than roadside during an arrest.”

- @ByNateTaylor & @AkronJackson on Kareem Hunt making the most of his second chance https://theathletic.com/2324029

- @rustindodd on the beautiful relationship between Mahomes and Kansas City https://theathletic.com/2302858

It’s Friday. In a pandemic. Self care is important. If you want to spend your whole morning reading some of the fantastic pieces we’ve put out today, I certainly wouldn’t blame you, and I bet your boss wouldn’t either (DM me if you need a guest pass):

On the best quarterback in football, a heartland city's identity and a future where anything seems possible: https://theathletic.com/2302858/2021/01/15/chiefs-patrick-mahomes-bond/

Urban Meyer Jaguars press conference will be carried live on @nflnetwork at 11:30am ET.

The #Browns have activated G Joel Bitonio from the reserve/COVID-19 list. Back in time for a playoff game.

The @Ravens & @BuffaloBills have combined for 1 loss since the start of December.

@AdamSchefter and I talked about that matchup and the rest of Divisional Weekend.

The road to the AFC Championship game starts here.

Vote for the #WPMOY nominee you want to win $25,000 for the charity of their choice.

That changes a lot

who is the backup QB?

Patriots’ QB Cam Newton tested positive and is out for Sunday’s game vs. Kansas City, per @FieldYates and me.

Breaking News: Cam Newton tests positive for Covid, game is unlikely to be played as scheduled 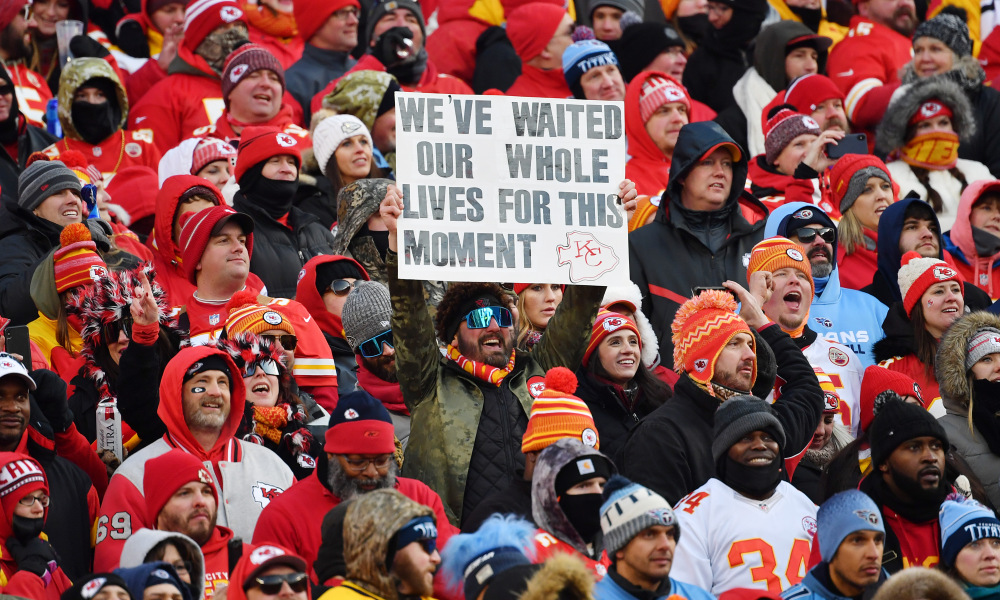