The Chiefs tallied four takeaways defensively. Kansas City took the ball away four times on Monday night (three interceptions, one fumble recovery), marking the first time New England turned the ball over four or more times in a single contest since Week 15 of the 2012 season.

One of those takeaways was a Tyrann Mathieu pick-six. So much of what Mathieu does for the Chiefs’ defense often goes unnoticed when just looking at a box score, but he certainly made his presence felt midway through the fourth quarter with a pick-six that essentially sealed the victory. It marked Mathieu’s 18th career interception and his second trip to the end zone. Additionally, since 2015, Mathieu ranks third among all safeties with 15 picks.

The Chiefs offense struggled for the majority of the night only putting 19 points. Bill Belichick put together an excellent game plan to minimize what Patrick Mahomes was trying to do. If it weren’t for Kansas City’s big fourth quarter, it could have been a nearly flawless game by New England’s defense. Belichick is one of the few coaches in the NFL that has been able to consistently shut down the Chiefs’ offense. Three times now he has been able to keep Kansas City’s offense from scoring a touchdown in the first half, an accomplishment only defenses coached by him have achieved. The Chiefs offense should feel comfortable going against any defense, but if there is one they’d hope to avoid in the playoffs it would have to be the Patriots.

If you look around the AFC, there are a handful of teams that have enough talent to do what the Patriots nearly did. The only squads capable of beating the Chiefs are the ones who can limit possessions, avoid turnovers, pressure Mahomes and match up with their fleet-footed receivers. The Steelers can do that because they have Ben Roethlisberger at quarterback and a slew of athletic playmakers on defense. The Patriots can do it because they just made the Chiefs sweat without Newton.

The Chiefs also will meet a Buffalo team in Week 6 that has quickly made everyone realize that last year’s success was far from a fluke. The Bills made the postseason as a wild card team in 2019, with most of their accomplishments resulting from a fast, physical defense. Now, Allen has turned into a quarterback who’s making Mahomes-like throws and fully enjoying the presence of shifty new receivers like Stefon Diggs and Cole Beasley. That Buffalo defense has plenty of talent as well, with a fierce pass rush and a secondary led by Pro Bowl cornerback Tre’Davious White.

“They have a lot of good veteran players, I think that’s the first thing,” Mahomes told reporters after the game. “When you have good players and you do different schemes and you’re able to do that, you’re usually a pretty good defense. As for us, I feel like especially me, I didn’t execute at a high enough level when you’re playing against a defense like that if you want to go out there and have success.”

“A little similar to what Houston was doing. Not so much the Chargers, but I mean they just played well,” Mahomes said of the Patriots defensive gameplan. “And when guys were open, it seemed like I wasn’t finding them, and I could see it on the tablet when we would go to the sideline. We were calling plays that were getting guys open, I just got to be able to be the guy to find them and get it to those guys so they can make plays happen.”

The move likely creates space for cornerback Bashaud Breeland to return to the team after a four-game suspension. It was clear a move of some kind was coming to allow for Breeland’s return. His arrival means that other corners will be knocked down the depth chart, which could free Antonio Hamilton up for full-time focus on the Chiefs special teams. If so, that could be why Kemp was deemed expendable. If the team likes Kemp enough to play him in four games to start the year, then he could be a solid candidate to return to the practice squad. The team already has a few wide receivers there, including the recently signed Chad Williams, Gehrig Dieter, Jody Fortson, and undrafted rookie Maurice Ffrench.

[1]Kansas City Chiefs (4-0) Last week: Win vs. New England 26-10
Next week: vs. Las Vegas The Chiefs’ offense had its issues against a stout Patriot defense, so it was the defense that made the plays, with a Frank Clark strip-sack and Tyrann Mathieu pick-six being the two biggest plays in KC’s second straight win over Bill Belichick.

That being said, Monday’s game was more frustrating than I expected. KC came away with a 26-10 victory, but it was a closer game than that scoreline probably suggests. Some takeaways from our Tyler Sullivan:

Why the Chiefs won: Kansas City’s offense had a slow start, scoring just six points on two field goals in the first half, but Patrick Mahomes & co. finally broke through a bit in the second half and their defense forced four turnovers

Why the Patriots won: They made too many mistakes. Hoyer cost them at least six points thanks to his lack of awareness on two red zone failures, and then Julian Edelman dropped a pass that led to a dagger pick-six in the second half. They also weren’t helped by an embarrassing botched officiating job that cost them prime field position off a would-be turnover in the first half

Another Browns connection to the #Chiefs this weekend .. Andrew Wright, son of Chiefs Equipment manager @AllenWright4 is a member of the Browns equipment group. The Blue Springs South and NW Missouri St. grad interned under his father in KC.

The Road to Super Bowl LV is on @westwood1sports.

Listen on affiliates nationwide or via @SiriusXMNFL

Our Social Impact Committee and the @Lennar Foundation will join together to fund @FLMemorialUniv's Certificate Program in Construction Trades. This donation is in collaboration with a social justice grant from the @NFLFoundation. #FootballUnites

The @Saints have playmakers. ⚜️

Their longest plays of the season! #ForNOLA

McNair takes responsibility for state of the organization: 'If players, media and fans are upset, that’s on me. And I’ll apologize for my actions or communications that created mistrust. I accept the fans’ frustration. I’ll listen and learn' https://www.houstonchronicle.com/texas-sports-nation/john-mcclain/article/Cal-McNair-Texans-Deshaun-Watson-Jack-Easterby-15873730.php?utm_campaign=CMS%20Sharing%20Tools%20(Premium)&utm_source=t.co&utm_medium=referral

Asked about QBs in the 2021 draft, Urban Meyer name-checks Trevor Lawrence ... and Justin Fields ... and Zach Wilson. Says drafting one will be the biggest decision he makes. He has been studying them and sees elite players.

The Washington club might be starting Alex soon? Not so sure I want to see that.

I would love to see that in addition to them also making the playoffs with him as the starter.

Asking for a friend but are any of these players lives in danger from Covid? I will go even further is anyone’s actual health in danger? Cam didn’t even know he had it. Gilmore obviously was playing a game with it and it didn’t seem to slow him down. I understand that not everyone is as healthy as an NFL player is but for anyone who is I’m starting to struggle with the narrative of calling this thing a pandemic.

My 6th grade team cannot shake hands after the game only wave from across the field. I know the teams just finished playing each other but it is one more level of protection that the NFL should be implementing.

Should all Chiefs players be re-tested????

They are tested everyday. But with the incubation period, now is the time positive tests will start showing up if anybody was exposed last week.

That’s what I am afraid of. It can take up to 5 days for the viral load to be high enough to trigger a positive test. We could be seeing the start of another titans-esque outbreak for the Chiefs/Pats in the coming days.

I am very nervous this week. Not about the Raiders. The Covid testing results every morning.

Silence. You should be in mourning for the passing of the maestro Eddie Van Halen. The only acceptable responses are Mozart’s Requiem. 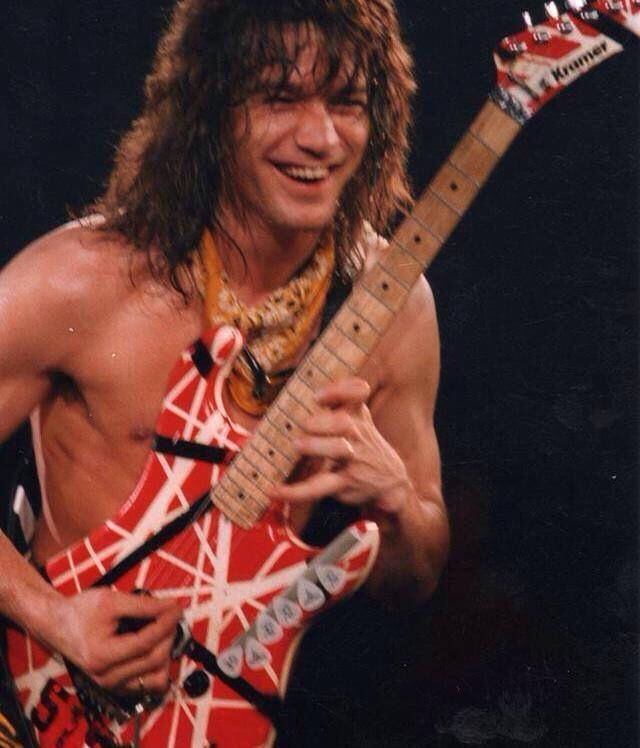 Wow, Cheetah! He finally came out and said it. Besides winning the super bowl my favorite part of last season was watching Tyreek Hill grow into a man, a humble, grateful man through the adversity (not that I’d wish it on anybody). I’d never owned a Chiefs jersey. I was going to Nashville to see the Titans game and decided to get one. The one I bought, not Mahomes, not DJ, not Thomas, not Dawson… nope, I bought #10 Hill. Love his play, and who he’s shown himself to be as a person.

If none of it was true, it is just so sad. Imagine living under that cloud if you were completely innocent.

Anytime I talk about the problems men face today, I always bring up Tyreek Hill.

Looks like we’ve got some whoosies coming to town, folks. Let’s give them a good ol’ fashioned (FTR) welcome!

A Plethora of SB wins for Chiefs
Plethora