The Season Is Over For Lucas Niang | ProfootbaLLTALK

According to NFL Media’s Ian Rapoport, offensive tackle Lucas Niang is believed to have suffered a season-ending torn patellar tendon on Sunday.

Niang, who usually starts at right tackle, flipped over to left tackle when Orlando Brown Jr. suffered a calf injury during pregame warmups. Niang then suffered the knee injury on Kansas City’s second drive and was carted off the field.

Now 11-5, the Chiefs are looking up at the AFC’s No. 1 seed. The Tennessee Titans are in the driver’s seat for that first-round bye and homefield advantage with one game remaining in the regular season. The Chiefs and Titans could each finish 12-5, but Tennessee holds the tiebreaker, having beaten the Chiefs in November.

“We were executing at a high level in the first half,” Chiefs quarterback Patrick Mahomes said. “We had a couple bad plays here and there from really everybody that kinda stalled drives out.”

Things went well for Kansas City in the first half, but they quickly started unraveling as the game went on. Once the drops and penalties started to come for the Chiefs it felt like a dam broke, and they were suddenly fighting themselves and a potent Bengals offense. Still, this one came down to the final minutes of the game, minutes where the defense might have been best served letting Cincinnati score and giving Patrick Mahomes a chance to march down the field and match.

The Kansas City Chiefs were left to lick their wounds after a loss to the Cincinnati Bengals, and they had a few big wounds.

– Patrick Mahomes had a message for young Bengals star Ja’Marr Chase when the two met on the field after Cincinnati’s dramatic 34-31 win over Kansas City to clinch the AFC North title.

“Keep going – we’ll see you in the playoffs,” the Chiefs quarterback told Chase. 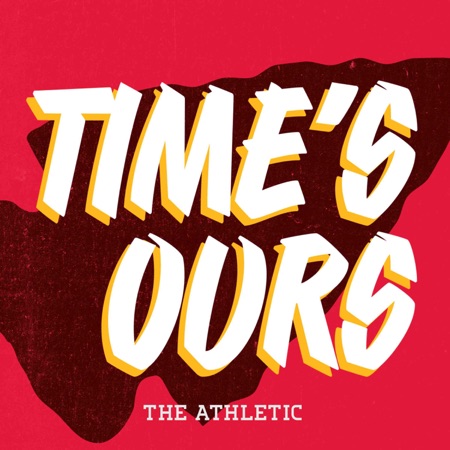 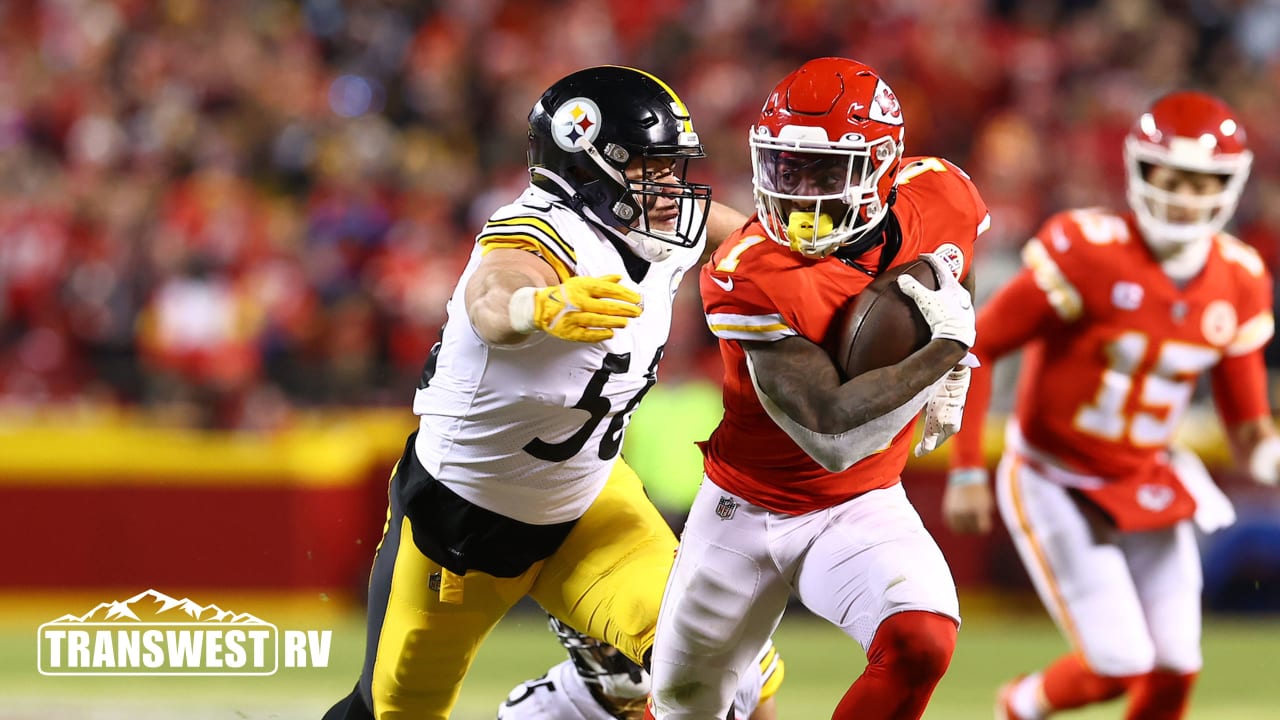 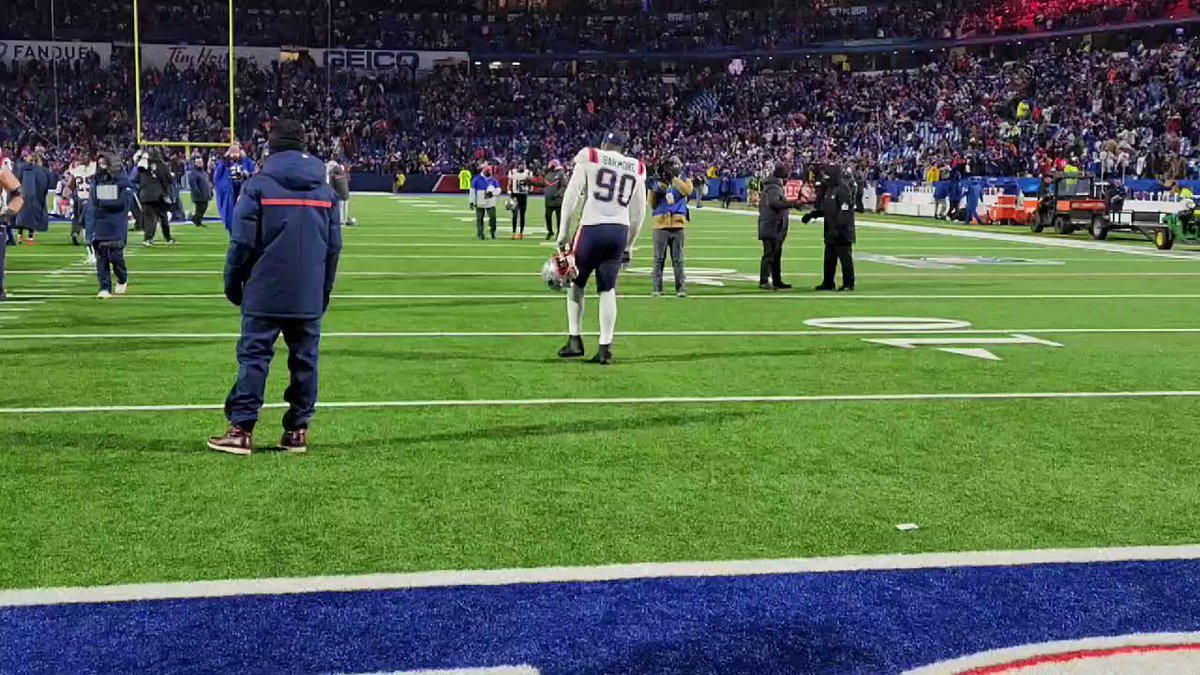 Sauce Gardner didn't allow more than 20 yards in a game this season pic.twitter.com/Tjf4W1Br9p

Plus Name and Plus Name(@plus-name-and-plus-name)

I feel a bit more sympathy for AB after hearing this but still no reason to act like a clown. The Bucs coaches should definitely be held accountable for trying to force a player to play knowing he was injured.

It want to post the weakest EXCUSE for Chiefs lost: THE REF 🙂 🙂

Guess what Cowboy fans are posting why they lost game — The REFS. Yep, bad calls were made.
.
.
Back to a FEW REASONS WHY CHIEFS LOST:

For those asking:
Yes, I am in shape. Round is a shape.

Contract demands:
1) Free BBQ in KC for life
2) No weigh ins during the rest of the year
3) Chiefs buy my old house for $500,000 more than market value
4) Private jet privileges for Cupcake and Pumpkin for 5 years

I blame the refs still.

These guys are great coaches. I think they had a plan, it just didnt’t work out perfectly.

For example, the blitz on 3rd and 27… we were trying to cause a punt instead of allowing a field goal. It was a gamble that didn’t pay off.

Then they thought, either we’ll stop them at the goal line or they will score. Then we’ll get the ball back and have a chance. I don’t think we anticipated having 7 downs on the 1 or whatever it was.

I have to trust coach Reid’s decision making over just about anyone else.

That’s what fans do – they blame the ref! So maybe the Chiefs didn’t lose because of the ref’s, but I could comfortably say that Cincinnati won because of them. They had more effect on the last few minutes of that game than any referees should have, and they undoubtedly chose the winner in the last 2 minutes.

So Niang is down. What is Remmers’ status? Wylie is still good to go, how about Long? And what happened to OBjr? Didn’t see the game but it sounds like a bit of a shit show in the second half.

In all honesty, the OL wasn’t the problem yesterday. If they roll out what they played on Sunday, I think they’re fine. Need Brown back by playoffs, which he should be. Thuney was remarkably good at LT 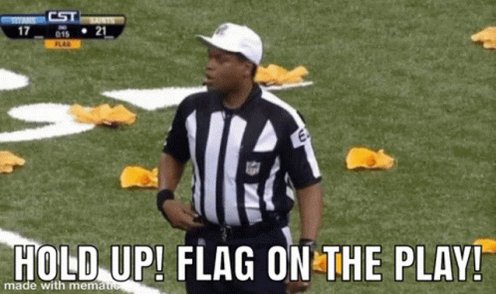 Well, that game was a fine how do you do!

I’m kinda thinking resting our players might be the way to go. Being the 4 seed and facing the Patriots sounds better than being the 2 seed and facing the Bolts. Sure we’d be on the road but we’ve lost several games at home this year so I’m not sure homefield advantage is a thing with this team.

Naw – you have to try for the highest seed – home field advantage is HUGE in the playoffs.

I’d rather face Mac Jones than Herbert at the moment.

I’d rather face the Bolts. We’ve beaten them once already. And we plan for them much more in training.

I hear you but it works the other way too. They train for us and have beaten us once already as well.

We beat ourselves in that first game.

True. And we’ve beaten ourselves several times this year. Falling to the Chargers in the playoffs would be hell on Earth.

Sometimes you gotta play chess instead of checkers my friend.

Going in on a losing streak is no way to go in. If you can’t beat whoever you play in the playoffs, we’ll then you’re not the best team period.
When you play chess is during the game itself.

Love him or hate him, Bill Belichick would disagree. You do whatever it takes to increase the odds in your favor to win the championship.

Agreed. IF we think we are the best, we are going to have to go out and prove it!

Win and you have a chance of host the AFCCG. Lose, and you can kiss it goodbye

You don’t want to play all the road games. I’d rather win and get one home game.

If we win next week and win the first round and the Titans lose their first round, wouldn’t we get the AFC Championship at home again?

Last edited 14 days ago by MasterChief
0

For those who might think otherwise, I have not cheated for the Chiefs in any way as this tournament has progressed. These are actual statistical results.

Very cool. Of course, I like how the 2019 Chiefs ended better myself.

For those asking:
Yes, I am in shape. Round is a shape.

Contract demands:
1) Free BBQ in KC for life
2) No weigh ins during the rest of the year
3) Chiefs buy my old house for $500,000 more than market value
4) Private jet privileges for Cupcake and Pumpkin for 5 years

Sounds reasonable. BV, make it so

I will chip in for the BBQ

I think one of the local places already agreed to that demand. We’re hung up on the jet for his dogs

maybe that could be negotiated to a company Cessna.

“Yes, I’m in shape. Round is a shape.” HA! Mitch should do standup. (or roll-up, whatever the situation truly needs)

Makes me feel better than I’m in the same shape as a pro athlete. Who is Cupcake and Pumpkin?

Nah, gotta be cats or gerbils. Can’t see anyone calling their dog Cupcake unless it is a purse poodle.

That’s pretty cheap if we don’t give him millions of dollars.