Hello Arrowhead Guys. Typically when the Chiefs win a game and the team reaches a milestone, I feel like I need to immediately publish the story as sports stories have a quick shelf life. With the Kansas City Chiefs and their head coach Andy Reid reaching his 100th win with the team against the Philadelphia Eagles, there is no shelf life on the achievement. It’s timeless. Andy Reid always tells folks in the media, “Time’s Yours”. But for Andy Reid, it’s his time and the poetic justice around Big Red getting that win against the Eagles of all teams is just perfect. Let’s take a look.

One of the greatest to ever do it. pic.twitter.com/jnDj5Z6mxu

Here are the sounds from Week 4️⃣. pic.twitter.com/NZEwhQ7wJf

Only coach to record 100+ wins for TWO franchises:

Andy Reid enters familiar surroundings in Philadelphia. A few ‘Andy! Andy!” chants for the Coach vying to be the 1st to win 100 games with two franchises. #Chiefs pic.twitter.com/9Q50Ng85W2

Andy Reid is now the only coach in NFL history to reach 100 wins with two different teams. #ChiefsKingdom is so grateful for this win and you! pic.twitter.com/YzO7Xev5lm

Congrats to the best in the business.

Here’s us on our Andy Reid Appreciation Night last weekend. Such a special man.@Chiefs #ChiefsKingdom pic.twitter.com/9gYTSLAkr9

Andy Reid has went above and beyond greatness. Not only did he bring a Super Bowl victory to the Kansas City Chiefs after a half century drought of not winning Super Bowls… Andy Reid also broke the records books by putting up another 100 wins with a second NFL franchise after becoming a household name with the Philadelphia Eagles. If you really think about it, it’s pretty dang astounding. Not only the accomplishment, but even the idea that Reid has been with the Chiefs long enough to rack up those kind of numbers. We’re getting old and time just keeps on churning up the wins for Andy Reid because the time is his. Congrats Andy!

A&M is giving bama all they want

I look out my window, watch as she passes by
And I say to myself I’m such a lucky guy

You can read the commentary in the fan post or simply ask and I will respond. Will be leaving in about 15 to pick up dinner but will get back online when I return.

See you this Afternight, I expect. I’m watching the Wild vs Blackhawks game, so I’m checking in a little less frequently, same as when the Royals were playing during the OT.

Pretty slow tonight – everyone is wiped out I suppose. May or may not pick up. Worse case scenario – I repost this in the Morning Huddle tomorrow – thankfully, we have an evening game.

Commentary: GNR imploded and drops on the list. I tried with some of the more modern groups. Megadeth and Slayer tied cause I do not know one from the other but know they are significant. Slipknot made it cause they are my son’s favorite group and it takes balls to perform like they do. I picked Avenged Sevenfold and Disturbed cause I actually know and like a song they do – Hail to the King and Sound of Silence respectively. Feel free to throw in more newer bands cause there is only one left to come. I read that Pearl Jam had been around for awhile so I picked them. I know who Dave Grohl is – he sings and plays with everyone out there – and he is probably the only new person that I know and recognize. I really tried to give respect here so be nice. Young, Reed, and Morrison are what legends are made of. Surprise pick at #71 – Dolores O’Riordan was something special so The Cranberries make their appearance. Have fun with the comments.

When it comes to modern covers of old hits, Disturbed’s take on Land of Confusion is quite good, and they likewise put an edge into it. They’re defunct now, but Godhead’s take on Eleanor Rigby was respectfully transformative, remaining true to the original while converting it to a metal track. Outstanding video, too.

Guess what is coming in about an hour!!!!

Your next love letter to KISS, perchance? 😛 😉

Last edited 1 year ago by Nasrani
0

“Ibram Kendi and Robin DiAngelo are probably the two best-known advocates of that approach, where every situation is seen as fraught with a massive amount of unacknowledged racism. And the job of facilitators is to come into, say, National Public Radio’s headquarters and help people there realize that they’re racist. But you’re saying that approach is part of the problem.

Yes, because it’s based upon a couple of things that are problematic. If you believe that anything and everything is white supremacy, for example—as it seems to me especially individuals like Robin DiAngelo believe—then, ironically, you are sort of claiming that white supremacy is this all-powerful, all-pervasive thing. You’re actually accepting a premise that white supremacists professed. In doing so, you sort of perpetuate this belief, or stereotype, that people of color are helpless victims and will always be helpless victims. That creates a caricaturing of both black and white people, which actually just leads to more prejudice in the workplace, as opposed to getting rid of it.”

I’d say she’s onto something, since a lot of what she says in this interview ring true to my experience.

I wish the kid all the best and hope he gets things straight. I also hope he manages to get back on the field soon, but this isn’t like a hammy that if you give it time it will heal. If the turf toe was a cover, he might be gone a while.

Well that’s not good. I hope it’s something he feels comfortable talking about, even if not immediately. It seems like the Chiefs have the pieces in place to provide a good environment for counseling or other assistance in that regard.

Last edited 1 year ago by Nasrani
0

Well crap that sucks, hope he takes all the time he needs.. some things more important than football..
Was really looking forward to his return, Sunday night…crap !!!!!!

All this AND red-on-red? Going to be tough.

We Willie, Willie do.

I Willie wish that I could make that Gay guy feel better.

Sometimes injuries themselves create their own mental health issues – you can get your body back to full strength but you also have to get your mind back to trusting it and letting it rip. For a pro athlete I can see where an injury could heighten depression.

And that’s before you factor in any past brain trauma he’s experienced. That could be an enhancing factor, and even more unpredictable, since each brain has to re-wire itself after a very specific trauma, just to bounce back to the new normal. That’s complicated by the fact that even if two different people received identical traumas, in terms of brain disruption, they couldn’t heal the same way because their situations are unique. Coping would require the restoration of processes used in personalized ways.

The relationship between the mind and the brain is one of the great mysteries of life, but one thing is clear: significant change to one produces changes of the other that persist.

I don’t know what his issues are, but severity does not equal timeframe, so I’d say that turf toe as a cover, if it happened, is fairly appropriate, sort of a Berry’s bone spurs light. Because there’s no way to predict how long it’ll take him to dig his way out of the pit he’s been in, he truly is day-to-day. Y’all oughta know that I feel for the man, for some very good reasons.

The result here ought to look pretty familiar, yet it predates the European settlement of the Americas by hundreds of years. Where’s the appropriation, again?

Had to bite my tongue last week, loud guy (all day on everything) started “Reid sucks, is a loser, killed one of his kids, the other’s in jail etc”…
Ignorant and unempathetic.

Yikes, didn’t see that. Definitely for the best. ?

Thank you for coming to Kansas City big Red..Thank you Mr Clark for making it happen..it’s a great time to be a chiefs fan…
Thx CBO..

Surprisingly it only took seven years and change to do so (here, anyway). Some coaches coach for 10+ with one team and get to 100 wins by the skin of their teeth.

Schottenheimer spent a total of 10 seasons as head coach of the Kansas City Chiefs, from 1989 to 1998 recording a 101–58–1 regular season record (. 634) and had three division titles, seven playoff appearances, and a trip to the AFC Championship game in 1993, losing to the Buffalo Bills

add whatever playoff wins he had to that 108

Marty was a heck of a coach. May he rest in peace.

Reid is the man but Marty did not have Mahomes and was a consistent winner.

Thanks CBO. We love us some Big Red!!! 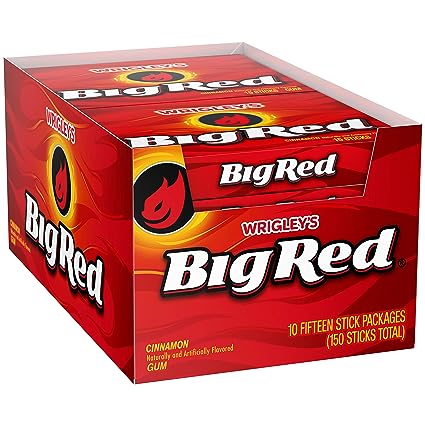 Last edited 1 year ago by upamtn
4