For this inaugural post, we will start with one of my defining “unhealthy obsessions”.  For a long while, I had no clue how I wanted to go about this. A “Top 10” list seemed too cliché. A stereotypical review felt too narrow of a focus. In the end I settled on talking about the anime that have had the biggest impact on my love for the medium.

Many, many years ago, back when music was playing on MTV and Russia wasn’t pretending to be democratic, kids could only find cartoons one place; Saturday mornings. It was an extremely rough time for parents, as they had to protect their children from the evil influences of Dungeons & Dragons, reverse played music, and Richard Simmons.

With all these dangerous entities, parents couldn’t have their boys corrupted by sissy things like… feelings. That was for girl cartoons. Boy cartoons required guns, robots, and men obviously on steroids wearing nothing but animal skin underoos.

When a friend asked if I wanted to check out this new video he rented from the local Crown Video about a cursed martial artist and his suffering from said curse, I gave the best gladiatorial “hell yeah” my prepubescent body could give. What I watched rocked my world.

For those who have never seen Ranma 1/2, it’s the story of Ranma Saotome who, while on a training trip in China with his father, falls into a cursed pool of water and becomes a girl when he gets wet with cold water (warm water turns him back to a boy). Upon returning to Japan, Ranma’s father reveals to Ranma that he’s engaged to one of his friends daughters. The series is a comedy about the hijinks that occurs because of the billion and one awkward moments created by his curse and Ranma’s struggle to find a cure.

Ranma 1/2 isn’t a show for everyone. While it isn’t always playing this role, at its core it’s a RomCom. For many, that knowledge alone can turn people off. But for me it was the first cartoon to change my perspective on what a cartoon is and what it should be. No more were they limited to either being overly masculine actionfests or overly sugary caring shows about friendship. For the first time I saw a cartoon that was both, and at times neither. For the first time I saw a cartoon that actually put some thought into the story (hey, I have plenty of fond memories of He-Man and Transformers, but let’s be honest; neither are high quality writing). For the first time I saw a cartoon that wasn’t solely aimed at children. To be fair, The Simpsons came out around the same time and would do many of the same things for animation but with an American spin. But I happened to see Ranma 1/2 first so it’s impact on me was quite forceful and it laid the seed of what would become an obsession.

The years went by, and the times got darker. The President was caught sharing his cigar, frosted tips were everywhere (I can neither confirm nor deny if I ever sported that look), and reality killed the video star. Southern Missouri wasn’t a bastion of Japanese culture, so despite having a seed planted, my appreciation for the style would lay dormant. It took me randomly stumbling upon a copy of the great Hayao Miyazaki’s masterpiece Mononoke Hime for it to start to germinate.

Mononoke Hime tells the story of prince Ashitaka, who is cursed after defending his village from a corrupted spirit, and his journey to find a cure. During the course of his journey, he encounters an industrialized society and gets caught up in their constant conflict with princess San, a human girl raised by the wolf goddess as her own daughter, who stands as the protector of the forest and the spirits that inhabit it.

Mononoke Hime is simply a beautiful story in any medium. On the surface Mononoke Hime is a story of technology vs nature, but it’s much deeper than that. It’s a story about acceptance and breaking the cycle of hatred. It’s about two completely opposing ideological views coexisting in the same world. Now there’s more to Mononoke Hime then ideology. Ignoring the underlying theme and it’s still a very good movie. In fact when I first saw it, many of the thematic elements escaped me. I was sucked into the well crafted story with believable characters that were all far from perfect or evil. Where Ranma 1/2 showed me that animation could be more than the simple tropes seen on Saturday mornings, Mononoke Hime showed me it could be art the highest level.

While it was starting to intensify, my addiction hadn’t gone full Tony Montana yet. That would happen when I was flipping through the channels (yes all you millennials, we actually had to manually search through every single channel to find something. That or watch a scrolling guide for 10 min and miss half of whatever you ended up settling on) and I happened upon the greatest space western outside of Firefly.

When you combine a former member of a crime syndicate, a former galactic police officer, a spoiled femme fatale, an eccentric 13 year old hacker, and a mysteriously enhanced welsh corgi, you end up with the motley crew of interstellar bounty hunters of the Bebop. Unfortunately for them, they are horrible bounty hunters. Incredibly skilled yes, but completely unable to make any kind of money. They are almost always hard on their luck going from one job to the next just to scrape by, leaving a path of wreckage in their wake.

The show is dark and gritty and has a soundtrack/score that always seemed to perfectly encapsulate the moment. Cowboy Bebop is mostly an episodic show, only occasionally having a plot point carry over to multiple episodes. The story arc the show ends on is easily the largest but has maybe 4 episodes, spread out over the entire series, dedicated to it. Cowboy Bebop’s story focuses more on the characters than a central main plot. The characters are all tragic and flawed and are some of the most understandable and sympathetic.

It’s one of the things I loved most about the show. Every night (that’s right, binge watching wasn’t a thing. This old fool had to wait for the next episode to air) I thirst to see the crew of the Bebop. Even to this day I’m saddened that their journey is over. Even so, Cowboy Bebop has one of the most… you know I can’t even use the right descriptive words properly describe the ending as it would more likely than not spoil it for those who might be curious to see it. About the only way I can say it is, it is poetically perfect. Any continuation of the show after that ending would have seriously ruin its power.

After watching that I couldn’t get enough. Anime had its hooks in me. Like with any medium, there is good and bad. Some will make you dumber for consuming it, and others will expand your horizons. And with that, I’ve ramble on long enough. When I started this I wasn’t planning a 1300 word epic. 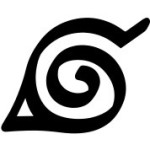 A friend suggested I watch some Anime about cycling & I went to find it, but every site I tried to watch it on got blocked or I got warnings. Is there a “safe” site you can suggest?

I’ve been called a weeb before because of my interest in anime. It’s nice to know that there are others who have an appreciation for the medium on this site.

Question–
Anime looks interesting, and I am aware theres lots and lots of different genres and styles of it, but if you were going to tell somebody a starting point, what would it be? What series or individual story would be a place to sorta see what the thing is about?

Cowboy Bebop is a pretty good place. It’s western meets film noir esthetic is very relatable to western audiences. Death Note is a good “cat and mouse” drama. If you want a shit ton of action/gore, Attack on Titan has that in spades. If you are looking for something not quite as grim as those three, Full Metal Alchemist: Brotherhood is a good choice. It’s a bit slow in the beginning, and it is a shounen anime (meaning it’s target audience is pre-teen/teenage boys), but it’s actually got a surprisingly deep story to it, much like Avatar: Last Airbender (though FMA:B isn’t quite as light as Avatar).

Fully agree with you WRT Bebop and will add as an old SF&F fan that the solar system depicted there bears some strong resemblances to Robert Heinlein’s solar system stories as well as Piers Anthony’s Bio of a Space Tyrant solar system. That’s some pretty strong SF cred. As for anime, I can’t fully agree because as with the words cartoon or comic book it covers a wide range of genres.

As for anime, I can’t fully agree because as with the words cartoon or comic book it covers a wide range of genres

Very true. There’s something for everyone. At one point I had a paragraph, instead of the vague couple of sentences, talking about that very thing, but cut it out because I couldn’t get the wording to flow the way I wanted. I kind of rushed the ending a bit because I was tired and just wanted to be done.

As you pointed out anime is no different than any other medium. Compared to film, books, comics, it’s not really providing anything different outside the way it’s consumed. I guess one could argue that it provides stories based off eastern cultures which is greatly different then western civilization, but other Japanese media provides that as well so that aspect isn’t limited to anime although it probably has the greatest reach into the western world of all forms of Japanese media.

But compared to American cartoons, anime is a far more developed medium. Until the Simpsons, cartoons were essentially a kids medium. There were a very fringe outliers such as Heavy Metal, but it just wasn’t a popular form of adult entertainment. Over the years is gotten more mature with the likes of Beavis and Butt-head and South Park paving the way for Family Guy and Rick and Morty. But non-children American cartoons are almost always comedies. Deep thought provoking or hardcore genre storytelling cartoons are just harder to come by as compared to anime.

Interesting stuff. I remember asking you awhile ago what your avatar meant.

It’s the symbol for the Hidden Leaf village in Naruto. I picked it simply because it’s a stylized leaf and there’s just not very many of those around.

Ohh you told me what it was the first time I asked. I’ve seen a couple bumper stickers of it before, and just didn’t know if it was some secret mafia executioner symbol or something.

Ahh, cool. I couldn’t remember if I had or not. I’m glad you found my story interesting.