Five of the AFC playoff bound teams have been decided. I believe Oakland will be the sixth.

There’s only one week remaining in the regular season, and only 3 possible teams in the hunt for the final playoff spot. The sixth seed, and more than likely the Chiefs guest in the Wild Card round barring a miracle victory from the Dolphins over the Patriots. We’ve all seen craziness wreaking havoc on the seeding in previous years. The Oakland Raiders have the least chance of the remaining teams in the hunt (Titans, Steelers, Raiders) of grabbing the prize.

The Tennessee Titans have the obvious upper hand. A victory over their division rival and champion the Houston Texans will seal the deal. Houston is more talented than the Titans, and will want to beat their division foe to build momentum for the playoffs. And nobody old enough to remember the Oilers leaving Houston wants to see the former Oilers franchise claim a playoff spot at the expense of their new squad, especially on Houston’s turf. This is the first domino to fall in favor of the Raiders.

The next likely team to claim the playoff spot is the Pittsburgh Steelers. Their task is to beat the Baltimore Ravens, once again the class of their division and the owner of the top seed and home field advantage throughout the playoffs. Once again, this is another heated rivalry with the game being played in Baltimore. These teams have a genuine dislike for each other, almost to the level of hatred once experienced at the pinnacle of the Chiefs-Raiders rivalry. Do the Ravens sit their premier players for added rest? More than likely that will be the case. Their seed is locked up. Do they still have enough talent in the backups to defeat a banged up Steelers squad who just lost a critical game to the Jets? At the risk of sounding redundant, more than likely. The second part of the Raiders “miracle” playoff prayer will be answered.

Now the only thing in question is the actual game the Raiders have any control over. A meeting with the Denver Broncos in the thin air at Mile High. The Broncos believe they have found their franchise quarterback with Drew Lock, who has led Denver to three victories in the last four games, the only blemish was a crushing defeat at the hands of a real franchise QB in the snow in Kansas City.

The Raiders were once considered good enough to challenge the Chiefs for AFC West supremacy. That dream was shattered December 1st in Arrowhead, as the Chiefs demoralized Oakland 40-9 in a game the Chiefs dominated without looking particularly dominant. The Raiders lost their next two games to extend their losing streak to 4 games, and nearly squandered their dwindling hopes for the playoffs.

Once again the playoff contender with their backs against the wall are on the road in a divisional matchup.  The Raiders defeated Denver in week 1 in the Black Hole, but both teams have gone through an entire season filled with ups and downs. Even with their season effectively over, Denver is trending up while the Raiders have been trending down. In a contest of pride vs playoffs, I have to give the edge to the Raiders on the road.

All that is needed is for one of these teams: the Bears, Lions, Patriots or Chiefs; to win a game to give the Raiders the tie breaker. It’s likely that the Patriots and Chiefs both win their week 17 matchups.

All things considered, the “miracle” needed for the Raiders to make the sixth seed in the playoffs doesn’t seem like such a miracle after all. Welcome to the playoffs, Oakland. Your prize: a date with the Chiefs in Arrowhead. 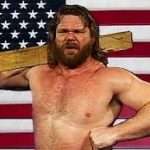 If I thought that either the Texans or Ravens were going to play for real, I’d buy into this. But both will be resting & not motivated (although maybe the Texans want to stick it to the Titans), and even then the raiders can’t raider in Denver. Tall order all the way around.
Also, did you mention the Colts needing to win? They have to for it to work.

Possible. But it looks like the Titans, Steelers, and Colts have as good a chance or better.

so many things that have to happen it’s highly unlikely … personally, KC should be whoever come to Arrowhead … and if not, then the team isn’t good enough anyway