Talk about an exciting… and stressful game.  OT forced me to have an extra beer to help survive it.

1: CHIEFS Win 27-24, the most important stat, and one everyone got right.  The Chiefs Win was the Free Space of the day.  CHIEFDOG was the only person to predict the correct score, there were a few that were able to get one of the scores correct, earning each of them an extra point.

Everyone scored at least 1 point

3: Baltimore Ravens rushed for 198 yards, thanks for Reggie Ragland consistently missing his fits, and accepting blockers to redirect him from 4 yards off the LOS.  Lamar Jackson accounted for 71 of the 198yards

4:  After a first half where Travis Kelce appeared to be on his way to the weekly yardage title, a hobbled Tyreek Hill came on strong in crunch time, and led all pass catchers in yards receiving with 139 yards receiving.

WEEK 1 WINNER:  CHIEFDOG wins with 7 points off the back of a perfect game prediction

There were a few other quality predictors earning 4 Points:

Community Decision:  Member-vvet818 correctly predicted a Chiefs Win in OT, while that wasn’t an option available to earn anything, I don’t feel I can make the executive decision of if that should earn him a bonus point (or maybe half point).  I’m leaning towards at least a half point bonus, but will allow the community consensus decide the final results. 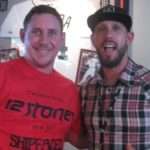 IIf it was me, i would do over/ under, for 10 picks and the tie breaker is guessing the score. This was stll fun, and i hope you do it every week.

I got my 4 points from picking the winner (obviously), rushing yards for Ware and Jackson, but am totally blind for the 4th point. I’ll take it along with the Chiefs W though.

Hey! My prediction was right too!

Give the man his point!

It’s okay that Mahomie only threw 2 tuddys in this game cause he is throwing 8 Thursday. #RecordWatch

Calling an OT game is gutsy, but it shows you have no faith in your team to end the game in regulation, so I would subtract 10 points for lack of faith in Mahomes.

I’m one of the biggest homers you’re ever going to meet when it comes to Chiefs, I just had that feeling (maybe the fix was in and I overheard it?) And besides, did they go into overtime? I just was not 100% (blame the Pats and Rams game) and this felt like it was going to be the same. My hesitation was based on defense jitters and not on offense. Me, have no faith in Mahommes…….

I really did believe it would go into ot but I was only making a funny when I asked for 200 bazillion points for making the call. I do not expect nor do I want any points for that because it wasn’t part of the stated rules at the outset. I agree with threemilehighchiefsfan that there should be a penalty if you call it and it doesn’t happen as well (in case you decide to add ot clause).

Yeah, that’s why I didn’t want to make the executive decision… so kind of why I was leaning towards a half a point, cause it rewards you for that, but since it wasn’t part of the options… doesn’t hurt the other participants… and threemilehigh… makes a good point on, what if it wasn’t OT…

I have no skin in the game, as I didn’t participate so i could properly Govern

No, don’t give it to me, it wouldn’t be fair to the rest and I only meant it to be a funny reply.

Bonus point is fine but would need to be if you guess OT in the future and are wrong you lose a point. Otherwise you could say OT every week just to get a bonus when it happened.

I don’t have any skin in the game though because I didn’t predict but seems like a potential loophole.

Maybe it should be going forward, if predict OT and get OT, you earn 2 (or 3) points, but if it doesn’t go OT you lose 1 point…

since obviously that is hard to predict, so if you do you should be rewarded, but if have a negative for missing on it, it would keep everyone from predicting OT

Seems worthy of a full point to me. And that was very fun even though I only got 2 points.

My prediction.
Chargers are dumb enough to trash talk Andy Reid before kickoff. Andy’s blood starts boiling. Andy pulls aside Number 15.
“Patrick, we’re gonna unleash the hounds today. I was gonna save it for Jon Gruden, but to heck with it. Unleash the hounds.” Patrick’s magical green eyes sparkle with excitement. This moment seems too good to be true.
“Coach!? You mean??” The Quarterback’s jaw drops open, aghast. Andy slowly nods his head in acknowledgement.
“That’s right, son. We’re going Nuclear Codes today. Get out there and show Primetime who owns the AFC West!”
Mahomes jumps gleefully in the air and lets out a barbaric yawp. The first play from scrimmage, Mahomes hits Hill in stride for a 75yd TD. Chiefs roll to beat the Chargers, 81-0. Mahomes throws 8TD: 2 Hill/2 Kelce/1 Gehrig/1 Darrel/1 Charcandrick/ 1 to Himself BECAUSE HE CAN. Mahomes rushes for 1TD, and has 784 yards Passing. Antonio Gates will retire at halftime. Their Sensational Rookie Safety, James runs across the field and grabs Clark Hunt’s leg, weeping and begging Hunt to make him a Kansas City Chief for the league minimum. The LA Coaches are fired Sunday morning. The team is informed on Monday that they are forfeiting the remainder of the 2018 NFL season. The Spanos family is so disgraced, they put the team in a trust for Mahomes when he retires. And the family just disappears and travels to Nepal for 15 years to find their authentic selves.
The 2019 Chargers change their nickname to the LA Locked Down & Collared, because Mahomes owns them now.

And no, I’m not sharing what I’m smoking.

Where do you get what you smoke?
But what you read is within realm of possibility, may separated by some time duration.
No I ain’t smoking neither ..(hides the joint)

Cry Havoc!, and let slip the dogs of war!

Woo hoo… never won anything before. I should go play the lottery so I can provide us all with a lifetime supply of Bert’s high quality vodka.

Anyway, back to work.

I say full point. So are we doing this every week cause it was fun? Great job CHIEFDOG!!!

Just popping in to make sure there was no breaking news since I had been pulled away for a meeting. I will check back in after this afternoon meeting and a scheduled fix in one of the plant buildings.

I say give him a full point. OT is hardly a sure bet. Disclosure: I did not participate in the game, and will be awarded no points. May God have mercy on my soul.

Bingo! He won all! Give him full points.

Apparently, I’m terrible at this because I only got 2. One point for predicting KC as the winner (which everyone got), and the other for predicting Hill as the leading receiver.

Great job with the predictions

Man, do I ever feel like the unwanted, red headed, step child. I had 4 points as well.

Apologies, I had missed the Passing Yardage, I’ll correct it