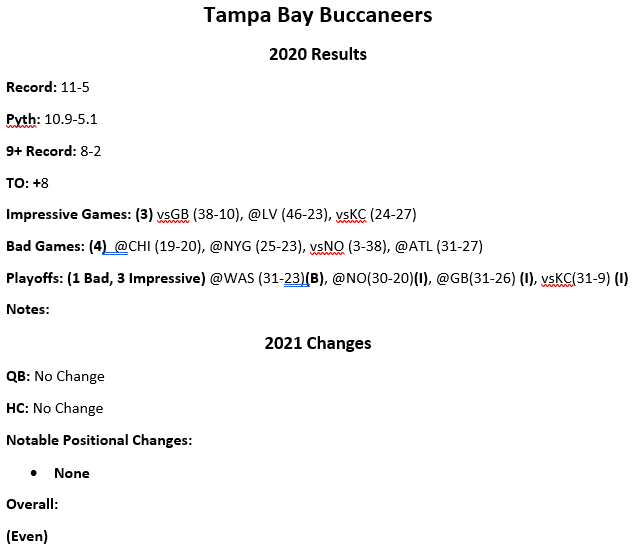 The Bucs are overrated, but they’re still easily the best team in the division barring Brady realizing he’s old. They made very few changes from last year, which sounds good in theory, but if they suffer from injuries, then they’re also going to be worse than last year. 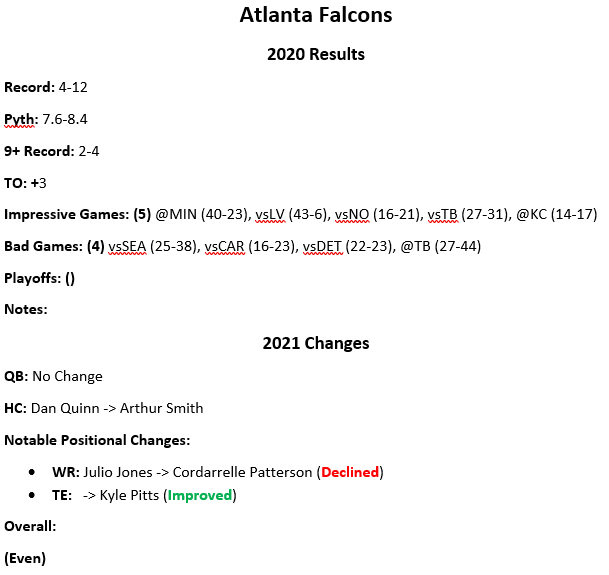 The Falcons might have the biggest gap between record and what the point differential says their record should have been. They’ll lose Julio, but they gained Pitts who should be a decent replacement. They’re probably not going to be a good team, but they should be competitive. 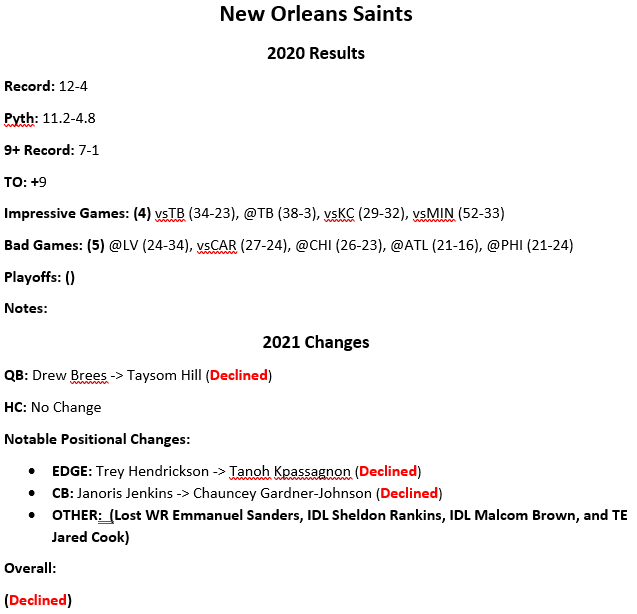 New Orleans spent the last several years back loading contracts to try and win a Super Bowl in Brees’ last years. Although they didn’t win one, they were successful in consistently winning games as they had the most regular season wins in the NFL in his final 4 seasons.

But now that he’s retired they have to pay the bill. Not only do they have to suffer the downgrade at the quarterback position, but they lost a couple good players and numerous contributors. It’s hard to know how far exactly they’ll fall, but it seems likely that they’ll have a losing record. 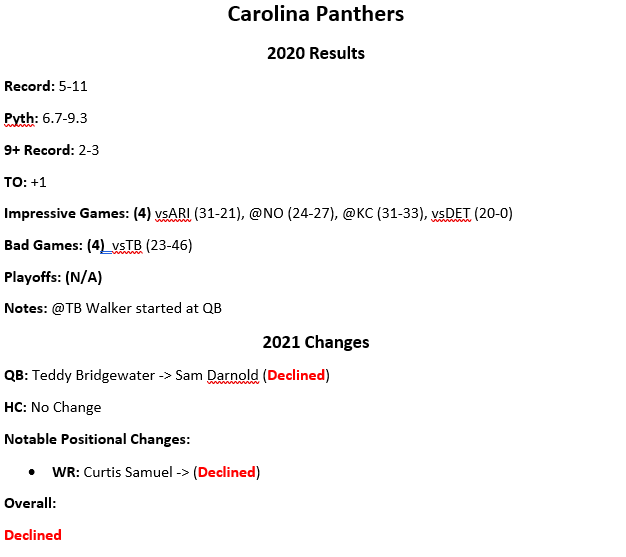 Carolina made one of the most baffling moves of the offseason, downgrading their quarterback position and giving up a 2nd round pick for the privilege. The upside is that Darnold, who was outplayed by Flacco last year, should lead hem to a high draft pick, so they can draft their quarterback of the future. Maybe.

100% agree with this assessment

It’ll be interesting to see how Arthur Smith affects things. For both the Falcons and the Titans.

That Smith-Jones trade might be a major NFL-wide storyline this year. Unless of course both teams end up sucking.

Falcons have a legit shot at division, as do Saints if (huge if) Taysom Hill is allowed to do what he does best (whatever that is) … Falcons have always been better “on paper” than on the field, so there’s that … Panthers should be in the running for a #1 pick in 2022

By Tony Sommer 3 hours ago