Just Ignore That “Dorsey Part” In The Featured Image, I Searched “Draft” In Our Media Library And Found It Fitting

Who’s ready to mock our way to the draft? It’s that time of year and we’re ready to get started rolling out the mock draft done by you, the Arrowhead Guys community. Below is the draft order for the 1st round and here’s how it works.

A) Picking a team to draft for is done on a “1st come, 1st serve” basis based on the time stamp of the request. It is open to all through the entire AG community, both on-site and via social media.

B) For now, with some teams having multiple picks, please specify which pick you would like to complete. Once everyone who wants to participate has a team, you can choose a second pick.

C) When you are on the clock you will be notified via the email account you signed up with and will have 24 hours to reply with your write-up. We request that you also reply to the notification ASAP to confirm you got it and notify us of your selection. This allows us to let the next GM start on their selection while the last finishes theirs to get all the selections in time. This is important as you may note we have less than 32 days to collect and post 32 draft picks (my bad).

Please Note: you may get contacted sooner than you expect that you are on the clock. As soon as we are informed of a selection we contact the next AG GM immediately; we do not wait to contact you based on when the selections are published on the site. So please keep a close eye on your email accounts if you select a team. Last year a few members missed out on their draft pick thinking we would wait for the day before their pick to contact them and didn’t check their email until it was too late. We will also attempt to leave notes for GM’s in the Morning Huddle or In Comments when possible to get your attention before passing your selection to someone else.

D) We Need Backups! If you would like to be a backup GM in case we need to pass the selection on to someone else let us know.

E) For your write-up, explain why the player you selected fits the team. As fun as it is to “screw” a rival team with a bad draft pick, try to make it realistic. If you select a 5th round backup running back who DOESN’T run a sub 4.3 for the Raiders at 12 you had better have a very compelling case for doing so, lest ye shall feel the Wrath of the Commissioner. That said, feel free to have fun with your write-up, make it humorous. There will be voting involved, and the best write-up (not the best draft pick) wins a prize…likely from the Arrowhead Guys Store. Anyone jonesing for some sweet above-the-knee AG shorts?

No? Perhaps something else then. We’ll try to make it fun, regardless.

If you sign up to draft for a team, please make sure you are committed to following through (and at least occasionally checking your email). If for some reason you are unable to complete your selection please let us know ASAP so we can re-assign your team to someone else without delaying the draft past the…uh…draft. Thanks!

We even included a couple highly coveted prospects for your consideration.

Example of a Badass Writeup

With the 22nd pick in the 2016 Another Place mock draft, The Houston Watts GM ta2tony21 selects…

Some player who won’t help them beat the Chiefs. Like. Ever. Obviously the Watts have a lengthy list of needs if they ever want to aspire to beat the Chiefs (who, Gods being kind, get to play these chumps for a third time in two years) starting with quarterback, running back, wide receiver, tight end, offensive tackle, guard, center, safety, cornerback, inside linebacker, outside linebacker, nose tackle, and most importantly of all: defensive end.

You see, in the year since JJ Watt was last spotted cutting firewood in the woods (borderline cannibalism if you ask me) in a football uniform with no gloves (things only rednecks notice), he has developed a severe case of ichthyophobia and diarrhea. But mostly ichthyophobia. Which, if you didn’t know, is the fear of fish. Or rather, Fish, if that’s what you call him. You know, that or, uh, His Fishness, or uh, Fisher, or El Fisherino if you’re not into that whole brevity thing. What in God’s holy name am I blathering about, you might ask? The bums lost, sir!

…JJ Watt is scared of Eric Fisher. I mean, I bet he fakes an injury the week the Watts play the Chiefs. Oh, he’ll be active come game day, but he’s totes sitting this next one out.

So where were we? Oh yeah, selecting a draft pick for these southbound pachyderms with oversized belt-buckles that rival their over-estimation of BBQ so conservative it matches their political tendencies.

Well, considering all of the team needs for the Houston Watts it really only comes down to two options. The first and easiest option being a DE to fill in for JJ’s 15 sacks per game (as projected by [Fansite deleted by the editor]) [editorial note: I didn’t, and I blame Dave, instead.] when he decides to ask for a mulligan against KC this upcoming season; someone is going to have to play every position on defense while Baby-J is getting his diapers changed on the sidelines. The other option here at 22, in fact my dark horse pick of the draft, is just one frickin’ special teams guy who can tackle Knile Davis before allowing him to run 106 yards for the playoff game-deciding score.

Unfortunately, since no such human being exists, at least not one known to humanity not named Chuck Norris, the selection here has to be Boy J’s replacement …

Shit, what’s the worst that could happen?

Hey guys. I just changed my email address here, so when it’s my time, send any reminders to the new one. Thanks.

Sent you an email.

Sent the pick and the write up. Thanks man.

Ill take the Browns since I guess I do live in Cleveland and deal with that fan base more than id like.

I’ll give it a shot…Patriots

Let me get the Seahawks pick

I am looking forward to it

Zulu took the faiders? Why am I not surprised?

I’ll put you down for the Patriots then 😛

Gimme the Jags. I kinda like having 2 1st rounders to play with

You only get one, I’ll give you 9 unless you want the later one for some reason.

Dolphins will be interesting. IRL it seems likely they’ll trade up for a QB, but no trades allowed here.

IRL, they have a lot of picks that can be traded, but they also have a lot of holes. The Phinsider fan site had a bunch of fans saying that they didn’t think Tua should be their pick at #5 if he’s there and they’re not trading. Could be interesting.

beat me to it.

I guess I will participate this year and take the Cowboys

He’s the first #1 overall pick to win the Super Bowl with the team that drafted him since Peyton Manning. 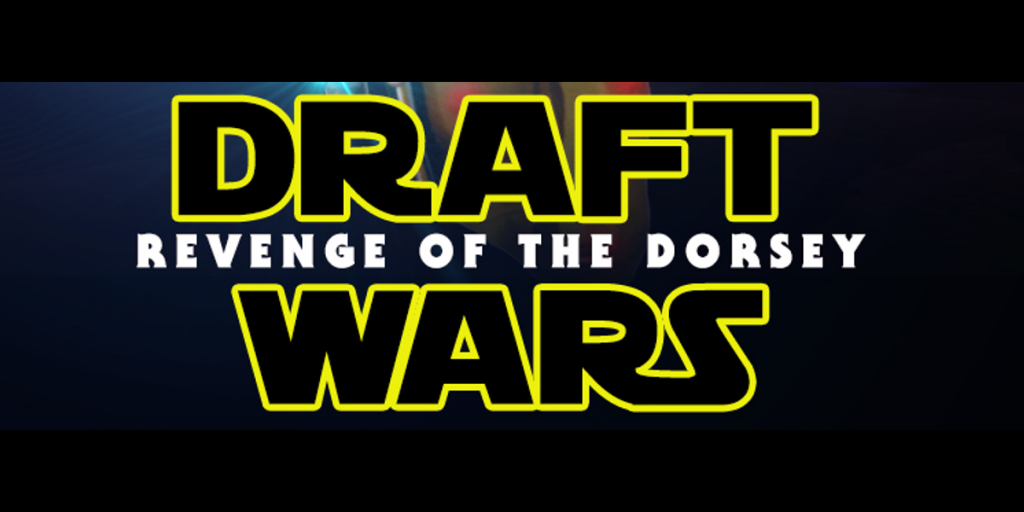