Many had a role in the Chiefs’ defensive turnaround this season. Kansas City had a new defensive coaching staff, led by coordinator Steve Spagnuolo, and eight players who weren’t with the 2018 Chiefs had a significant hand in the title run.

The schedule includes matchups with the AFC East and NFC South in addition to first-place bouts with the AFC North champion Baltimore Ravens and AFC South champion Houston Texans. Kansas City will also make its first trip to Las Vegas in 2020 to clash with the Raiders.

After signing with the Chiefs in 2019, Breeland played a big role in the Super Bowl LIV championship run and become one of the most trust corners on Steve Spagnuolo’s defense. Now, Breeland is a pending unrestricted free agent for the Chiefs in 2020.

“I’m going to have to go with the Super Bowl champion Kansas City Chiefs,” Hall said. “I keep him in the division — he knows that division very well and anytime you don’t feel the love reciprocated, you want a little payback. So you want to see those guys twice a year.”

If the Chiefs want to place the franchise or transition tag on a player this offseason, that window opens Feb. 25 and ends March 10. Kansas City likely needs to pay its franchise quarterback, Patrick Mahomes, before the end of the season, so every free-agent decision will need to be calculated with that in mind.

Now that Chiefs are Super Bowl champions, which NFL team will be next to break title drought of 25+ years? | USAToday

There are still a dozen organizations in the league that have never hoisted a Lombardi. And while New England Patriots fans grapple with nearly 400 days without a new ring – sorry, kids – the Niners have joined a list of a half-dozen clubs at least a quarter century removed from Super Sunday glory. (The Dallas Cowboys will boost that figure to seven a year from now if they don’t win Super Bowl LV.)

This time of year is about priorities, and Watkins’ salary makes him vulnerable when general manager Brett Veach will be trying to re-sign defensive tackle Chris Jones, fill out the team’s defensive front seven or start saving pennies for Patrick Mahomes‘ eventual megadeal.

32 NFL players who could use a fresh start this offseason, from QBs to injured stars | ESPN

Maybe it’s money, maybe it’s production. Or, maybe it’s both. Sometimes a player just needs to go somewhere new. And this NFL offseason, several big-name quarterbacks could be on their way to new teams.

Finally, the 40-year-old Emporia, Kansas native, a diehard fan of the Super Bowl LIV champion Kansas City Chiefs, discussed his Super Bowl experience, which is something that many of his fellow competitors and many of his fans were keeping an eye on during the big game two Sundays ago. 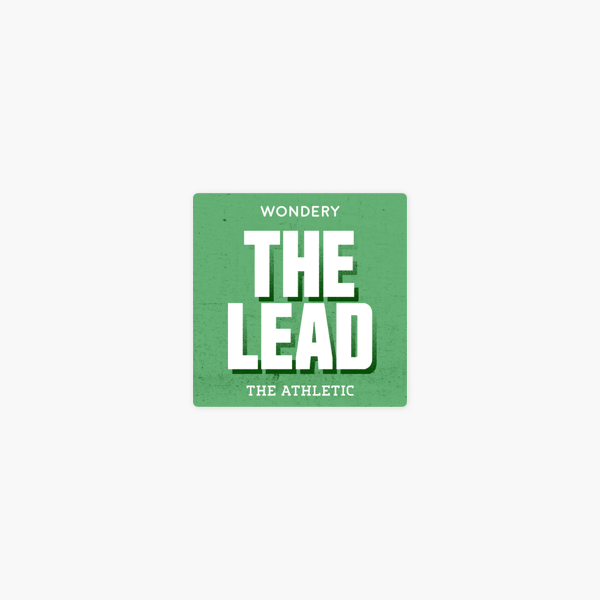 âThe Lead: A Trip to the Negro Leagues Museum on Apple Podcasts

LIVE from the NFL Combine with a new episode of In the Trenches! Stay tuned to hear from guests Terez Paylor, Matt Miller, Todd McShay, Jim Nagy, and Chiefs Scouts.

LIVE from the NFL Combine with a new episode of In the Trenches! Stay tuned to hear from guests Terez Paylor, Matt Miller, Todd McShay, Jim Nagy, and ...

LIVE from the NFL Combine with a new episode of In the Trenches! Stay tuned to hear from guests Terez Paylor, Matt Miller, Todd McShay, Jim Nagy, and Chiefs Scouts. https://www.pscp.tv/w/cSlMnjEwOTc2OTcxfDFaa0t6TGdqRU5nSnajFenHPl3KyeXStbke_BlYHSzaSbuaUVux0rVNf_moeg==

From NFL Now: The Jordan Love, um, love is real at the Combine. 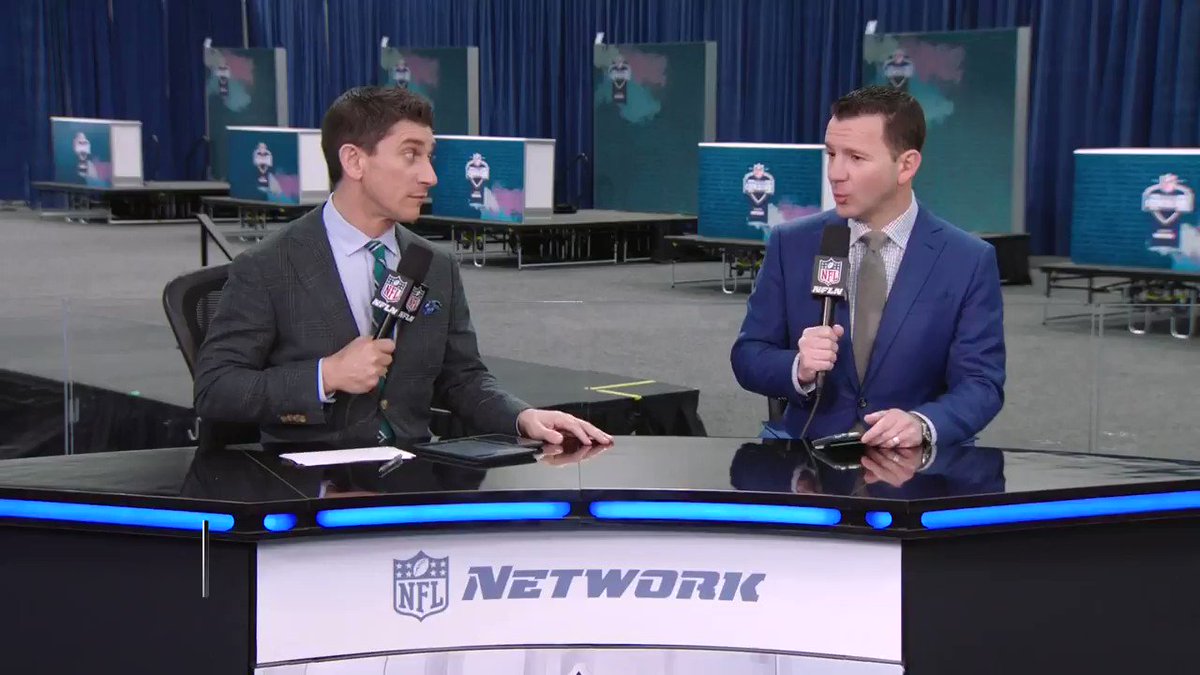 We'll be LIVE on Twitter from the #NFLCombine with @Hawk and @ColleenWolfe, featuring interviews with @Joe_Burrow10, @_CeeDeeThree and more! 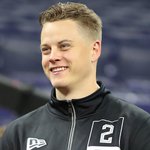 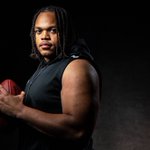 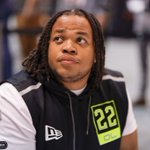 When RB @Jkdobbins22 + CB @jeffokudah compete at the #NFLCombine, they’ll both honor a parent lost too soon.

The story of their unbreakable bond dating back to @OhioStateFB. 👇 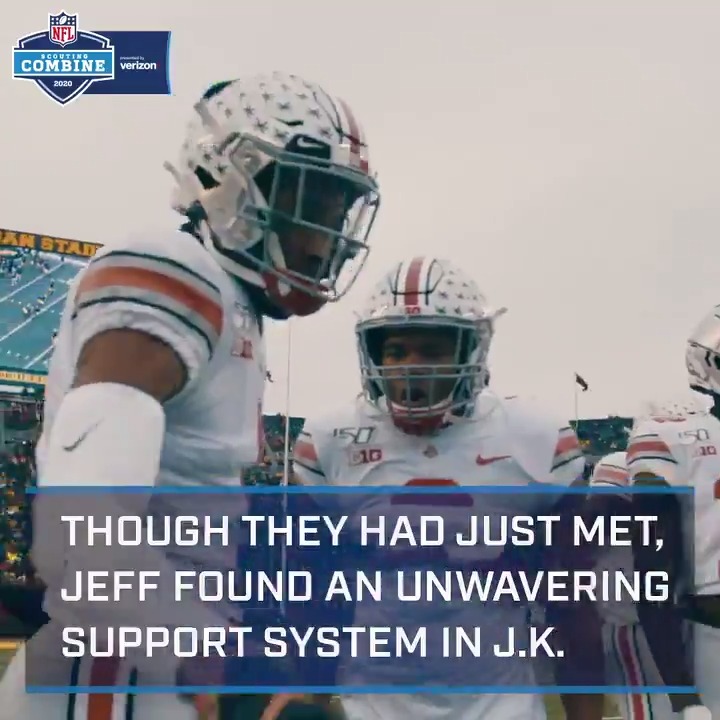 The Combine is all about finding the next great Ravens, so we came up with the perfect test to see who belongs in Baltimore... 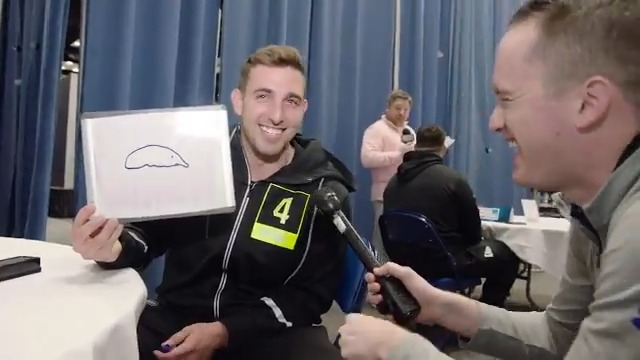 Adam Teicher, I always knew I loved you.

Chiefs camp stays in St. Joe. Not sure why they would ever leave.

Sure sounds like Chris Harris wants to be a Chief. Since Breeland is likely to price himself out of KC, I’d be willing to forgive Harris his Broncos affiliation if he plays at a high level on a mid-tier contract.

It will make up for Neil Smith.

I don’t know about that. That really hurt my childhood when Neil went to Denver.

Yeah, dude’s a donkey forever in my book now.

This would be awesome, but will never happen.
It’s unfair that a shitass team like the Bengals get rewarded with first dibs at a franchise qb in the draft. They should at least have to beat an xfl team first.

Now this something people will watch! pic.twitter.com/EgxO6zbYCX

There’s no way the NFL owners would risk their $2 billion franchise being relegated to the XFL.

Maybe they shouldn’t suck then.

Anyone know if we’re getting a Super Bowl episode for “The Franchise”?

I assumed they were going to roll that out last night. I was disappointed not to see it.

Hopefully they were all partying for a couple days & it’ll be out soon?
I’m grasping, I know, but I’d really love to see this football year all the way to its finish, if only to soothe my OCD.

“Jimmie, stay in the middle of the field, whatever you do.”

Fred Warner to Jimmie Ward, who was playing deep Safety on the Jet-Wasp call where Tyreek Hill ran a deep post and then cut outside. Lol!!

In case you scrolled past this… Clark’s lil’ girl is, well, not so little any more.

Lying here thinking how *less fun* it is without Monday Night Football, Thursday Night Football, and Sunday Funday! I guess I’ll just keep reLIVing this past season.🏈🏆🎉❤️#SuperBowlLIV (By the way-if you haven’t watched THE GAME highlights Mic’d Up-you’re missing out.) pic.twitter.com/YDjLatbkAG

Who could scroll past that? I spent an embarrassing amount of time there.

That is how they do it in Texas

Gracie,
Feel free to stop by my place next season to watch the Chiefs. I’ve got a bitchin 30″ Samsung TV & a comfortable couch. I might even make some nachos.

Wow. How does a girl say no to that?

In my experience, women can find all kinds of ways to tell me ‘no’

I usually get the “I have a boyfriend” line.

then you hit them with the “oh its ok.. I’m not the jealous type”

That’d do in a pinch.