It’s time to pick the games!

Andy Reid and the Kansas City Chiefs are on a revenge tour against the AFC South. The loss to Houston has been avenged and now its the Titans who stand in the Chiefs way of reaching the Super Bowl. It’s all hands on deck, no holds barred, and time to bring out the big guns. The Chiefs will win in every aspect of this game.

People like to say that Tennessee beat us in week 10. I disagree. We gave them that game. With Wisnewski, LDT, and Fisher back in the trenches, Mahomes will have more trust in the offensive line, and continue stepping up into the pocket. The secondary, while better than Houston’s, can’t play with these receivers. On defense, we don’t give up the big run or pass often, and force them to beat us with long drives. They do once or twice, but not enough to win. Kansas City gets the ball last again, but this time, we seal the deal on the game. This one is for Clark Hunt.

When folks out there compare these teams, they look at the Titans now vs the Chiefs at TEN, with a side of “KC’s D has sucked against the run all year, look at their final ranking!”. Y’all know that in terms of improvement it’s our team that has improved more than theirs, and in so many ways it would take an article to list them all. That was then, this is now.

The Chiefs will continue their rampage on teams that beat them this week. The MVP will again show why hes the best in the league. Chiefs win big.

This Titans team is one dimensional. Spags will have a plan to control Derrick Henry and Ryan Tannehill will have to carry the team with his arm. However, it will be too much to overcome as the reigning MVP will impose his will. Chiefs jump out early and never give quarter. Defense comes up big with an INT and a turnover. The Lamar Hunt trophy comes home.

What’s your prediction for the games?

I’m taking the Chiefs to cover the spread and over on total points.

I believe like most Chiefs fans, that the only team to beat the Chiefs is the Chiefs.

Go get it men. Put it where it belongs.

“(Henry is) not hard to hit,” Clark said, according to NFL Network. “He’s just a big guy … honestly he should be running harder at his weight and his size. I don’t see no difficulty in tackling him.”

“…He’s just easy to me up front because I don’t look at any running back like they can’t be tackled. He’s not one of the best guys at breaking tackles to me honestly. He’s just a big body, and when people look at him, they’re scared to tackle him or they look at him and they’re scared to play aggressive. I think I’m the aggressor. I know I am.”

Hopefully he’ll be the one to finally follow through with the trash talk on Henry.

I think both games on Sunday will be blowouts for KC and SF but it will set up one hell of a Super Bowl.

Actually, another question is whom we will draft with the 32nd pick.

35-21. The Titans have not kicked a field goal since early December. Chiefs offense continues dominance.

The only question is whether Clark will cry when he receives the Lamar Hunt trophy.

Thinking about all of the fans who have waited for this moment. I was around when the Chiefs won it with Lenny but have lived and died many of times since then.

This here gives me the chills. For you and all longstanding/long-suffering Chiefs fans as much as any other reason I hope the Chiefs prevail.

A new generation will know nothing but victory

Taste the air? Took a 25 minute walk from my hotel to char bar and while I didn’t taste the air, it did make it so I couldn’t feel my face.

And today is mild compared to tomorrow’s forecast

Oh man, enjoy it there in KC!

Body heat in seats will help

Need the wind to die down
Tomorrow 11 mph wind

Where’s my gif genius!?! Need the Pain. Lots of PAIN with either Mathieu or Dirty Dan as Mr. T!

So we are pulling out predictions? What was it, April?, when I predicted Chiefs beating Niners. Still going with that.

Purchased it when I went to Probowl in Hawaii 1996! A real 58 Jersey not that cheap azz imitation Bull Jive shznit lol. Wearing Sunday 🙂

I have never been so confident in a Chiefs playoff game. I thought the Texans would be the biggest challenge for us in the AFC, and we just mollywhopped them.

The Titans don’t have the horses to keep pace with our offense firing on all cylinders. I can’t wait to see Clark Hunt accept the Lamar Hunt trophy.

Tennessee 3 Chiefs 0.
I’ve been picking against them, and they’ve been winning. No reason to stop now.

Actually your obligated to continue your ritual until the Chiefs lose. That is part of the sports code for fans.

Does Speed Overcome Everything? 0 replies

By Daniel Harms 11 mins ago

With The 8th Pick Of The AG Mock Draft The Cardinals Select: 5 replies 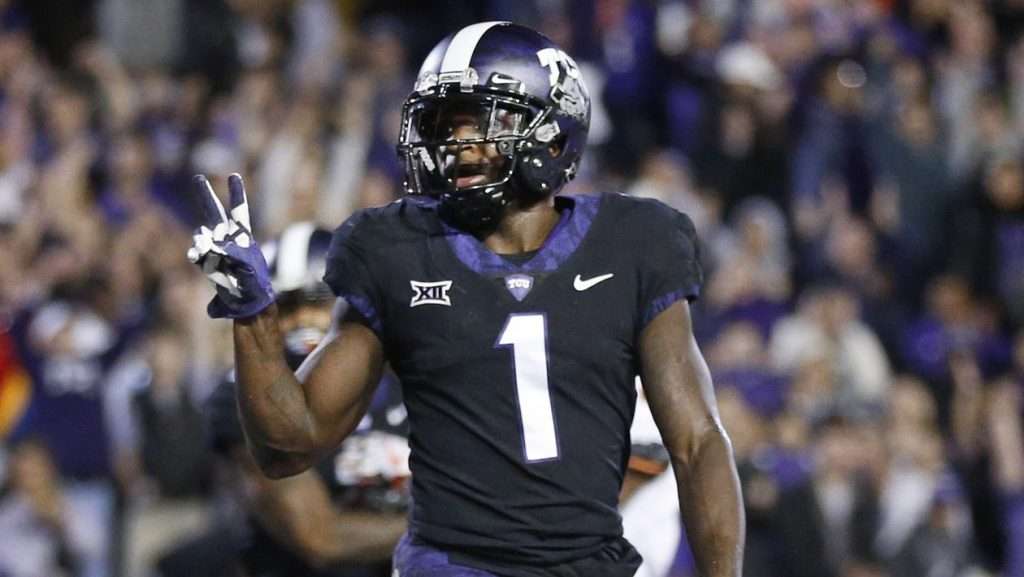