“It’s Fucking Arrowhead! Defend our honor!”.  The late great Gunther Cunningham in pre-game to the fierce Chiefs Defense of the 90’s. Well Chiefs Kingdom the time has come yet again. It’s time to Defend fucking Arrowhead. This season has been far from perfect. The exact opposite actually, major injuries, tough schedule, questionable play calling, poor field conditions (really NFL) and getting every teams best shot. In all reality the 7-4 record is a blessing in disguise. The team is close. But no one ever made it to Canton by being close. A game that some would have circled as a sure win at the begging of the season has now become the biggest of the season, when the Raiders will bring life and energy to Arrowhead December 1st. The Chiefs will be off a bye week, which should play to their advantage. But as this team has proven, they do not play normal games, only game that get my blood pressure up, and enrage Chiefs fans all across the world. But as our anger grows, skeptical of anything Big Red does, the team finds ways to win. There is no I in TEAM. Mondays victory vs the Chargers displayed the brilliant flashes of potential from both sides of the ball. To me it seems that we have yet to see the Chiefs play a complete game. What better time then at home in a game that could decide the division vs none other than the big talking Raiders. Assuming the Raiders beat the Jets this week week 13 will play a huge roll in deciding the fate of the AFC West, as well as playoff positioning. Never mind the 28-10 bomb show in week 2 these  are 2 different teams. Well at least one is. because in the last 10 weeks it appears to me that the Chiefs have learned how to play defense. Derek Carr has also never won a single game at Arrowhead. He will go down in the Phillip Rivers book , good solid player, but never great. Meanwhile the Chiefs, as battered and beaten as they are offensively, still have the game changer of all game changers. Whether its slinging dimes, or breaking defenses back with his legs on third down. Pat Mahomes can make defenses pay any way he want, if given the chance. And one thing the Chiefs need to do in this bye week, is make Andy Reid sit down, look himself in the mirror and TRUST the MVP to make plays. This team can’t afford any more let downs on third and short situations. Let Mahomes make plays happen. The scheme is only as good as the players executing it. Give the man more than one option to throw to on third down. That being said the time has come. So far this season we have yet to see a classic Arrowhead game. QB’s not being able to hear the play call, linemen false starting every drive, roars so loud they can be heard from miles away, and of course the Chop ringing in everyone’s ears. The time is now. The season is still up for grabs, and what better way to help the Chiefs prep for a deep push than to take control of the division and make people fear Arrowhead again. Be loud, be proud, wear red, and most of all Defend Arrowhead!

I wish I could get up there!

Same here man, When I am in KC in December I plan on going to the Denver and Chargers game. Obviously this game will play a huge roll in the importance of both of those games.

More kids I have, less time at Arrowhead I get. 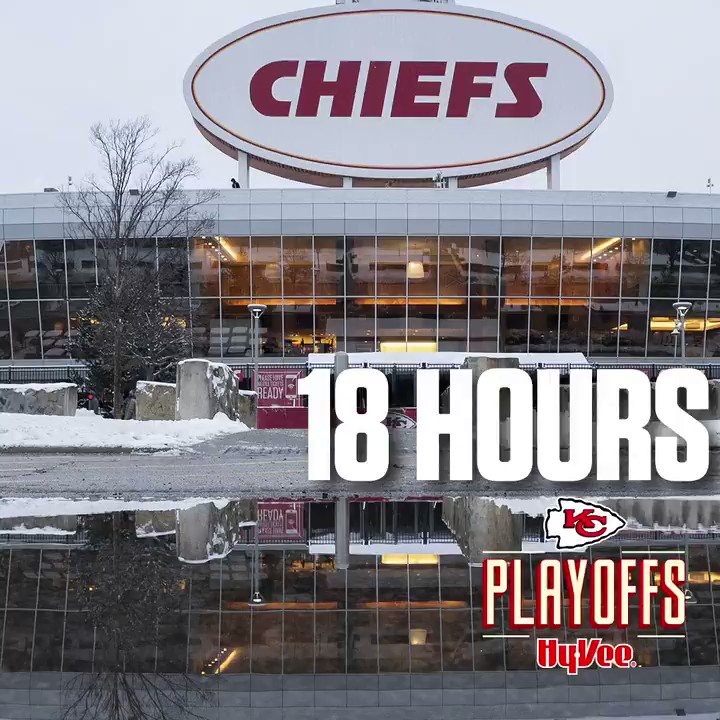