Last week, that reality flip-flopped. Mahomes was sacked four times for just the second time in his career, and his ankle sprain from Week 1 was exacerbated when one of his linemen stepped on it in his matchup with the Colts. Meanwhile, Watson had just the second game of his career in which he wasn’t sacked. With the rare chance to remain upright on all but one play when he was hit, he threw five touchdowns and just five incompletions, for a career-high 426 passing yards at 12.9 yards per attempt while posting a perfect passer rating and no turnovers. Apparently bad things happen when Patrick Mahomes is tackled and good things happen when Deshaun Watson is not. Whichever player takes less punishment on Sunday will likely prevail.

To this point, Hyde has been a mixed bag for the Texans, totaling 310 yards and two touchdowns. He looked great in the first two games of the season, rushing for 83 yards in week one and 90 yards in week two, but didn’t find the end zone until week three. His yardage hasn’t been quite as good since those first two games, but don’t get it twisted – Hyde could do some serious damage against the Chiefs porous run game on Sunday.

For one, there’s the revenge factor for Hyde. The Chiefs clearly deemed him not good enough to play for them and sent him to the Texans instead.

Also, the Chiefs sit third to last in run defense, allowing an average of 155.8 yards per game. This has been an area that has plagued the Chiefs for years now and little has been done to address it despite it being a huge problem.

Deshaun Watson vs. Patrick Mahomes will be fun | Yahoo! Sports

All of a sudden there are some questions about the Chiefs. They looked like the first- or second-best team in the NFL before last week, without much argument. Then the Indianapolis Colts came to Kansas City and pushed them around, handing the Chiefs their first loss of the season. Kansas City has a long injury list with some key players, though Tyreek Hill has a chance to return this week from a shoulder injury. Mahomes is banged up, too. He limped around on an ankle injury he aggravated twice against the Colts. The Chiefs won’t be at full strength this week.

The Texans have been hard to predict, but they’re coming off a great game. Watson threw for 426 yards, five touchdowns and no interceptions against an overmatched Atlanta Falcons defense in a 53-32 win last week. It was a perfect 158.3 passer rating. Among starting quarterbacks, Watson ranks second in the NFL in passer rating and Mahomes is third. Wilson leads the league.

Hopkins has enjoyed success against the Chiefs in four previous regular-season meetings, totaling 23 catches for 336 yards and seven touchdowns, which includes a three-touchdown performance during a 42-34 loss on Oct. 8, 2017.

The Chiefs shouldn’t enter the weekend thinking they should focus solely on Hopkins, though. Will Fuller currently leads the Texans with 400 yards receiving and Kenny Stills is a viable deep threat with a team-high 17.1 yards-per-catch average.

Someone on the Chiefs’ staff must be designated (or hired) as a clock-management specialist. He must be empowered to make all clock-management decisions. This is an element of coaching Reid must willingly take off his own plate. Patrick Mahomes must be empowered to call a timeout when he feels it is best. He understands intuitively how to manage the clock. So he needs to have the power to stop the clock with a timeout when he wants.

If Reid would follow those two steps — if he could be humble enough to admit it is an area in which he does not excel, instead of stubbornly stating the clock was managed correctly after his mistakes — this first glaring issue is fixed.

“It’s everything,” said Spagnuolo when asked about what specifically is the issue. “Usually when that happens like that, it’s not one thing. You can’t put your finger on it. To us, we just go right back to the basics. It’s about defeating blocks, getting off blocks, and making tackles. That’s the run game. It’s overpopulating the ball, which I think we’ve done a good job of. I mean, it’s been an issue here and there. It’s been identified, so when we get out there, we try to hit them all.

“I know everybody’s looking for a specific reason. There’s no specific reason. And if there’s 20 plays in there that cause issues that are over 4 or 5 yard runs, there may be 20 different reasons. So you just keep playing but you do all the things you’re talking about. You get off blocks, you make tackles, you get to the football. That’s what you do.”

As the season progresses, it appears the Chiefs may not be able to complete a trade. The team probably needs another strong interior defensive lineman since Jones could be out for several weeks. The Chiefs will use a rotation of Derrick Nnadi, rookie Khalen Saunders and newcomer Terrell McClain against the Texans. If the Chiefs’ defense continues to struggle Sunday, the team might see if they can acquire a veteran similar to Xavier Williams, who was placed on the injured reserve list.

As for cornerbacks, the Chiefs have been competent at that position — and the Jacksonville Jaguars don’t appear interested in trading Jalen Ramsey. Bashaud Breeland has played well for most of the season, and Morris Claiborne should play more snaps against the Texans after making his season debut last week. As for linebackers, I’m not sure who is really on the trade block who could make a sizable improvement.

“The V Foundation delivers remarkable resources for medical researchers and healthcare professionals around the country, and we’re thrilled to partner with the V Foundation and The University of Kansas Health System on this grant for the third consecutive year,” Chiefs President Mark Donovan said. “The fact that this grant impacts a local cancer researcher at The University of Kansas Cancer Center means that we will continue having leaders in the fight against cancer right here in the Kansas City community.”

.@EAMaddenNFL is going to another level of realness this year. 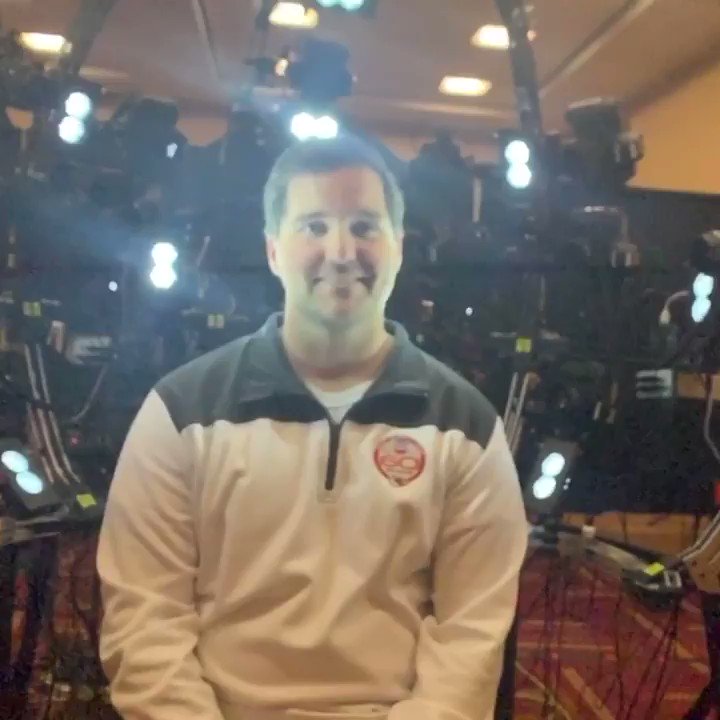 "Not very many guys have the ability to creatively see different kinds of throws that can transpire within the course of a play. That to me is what makes Patrick special." @kurt13warner 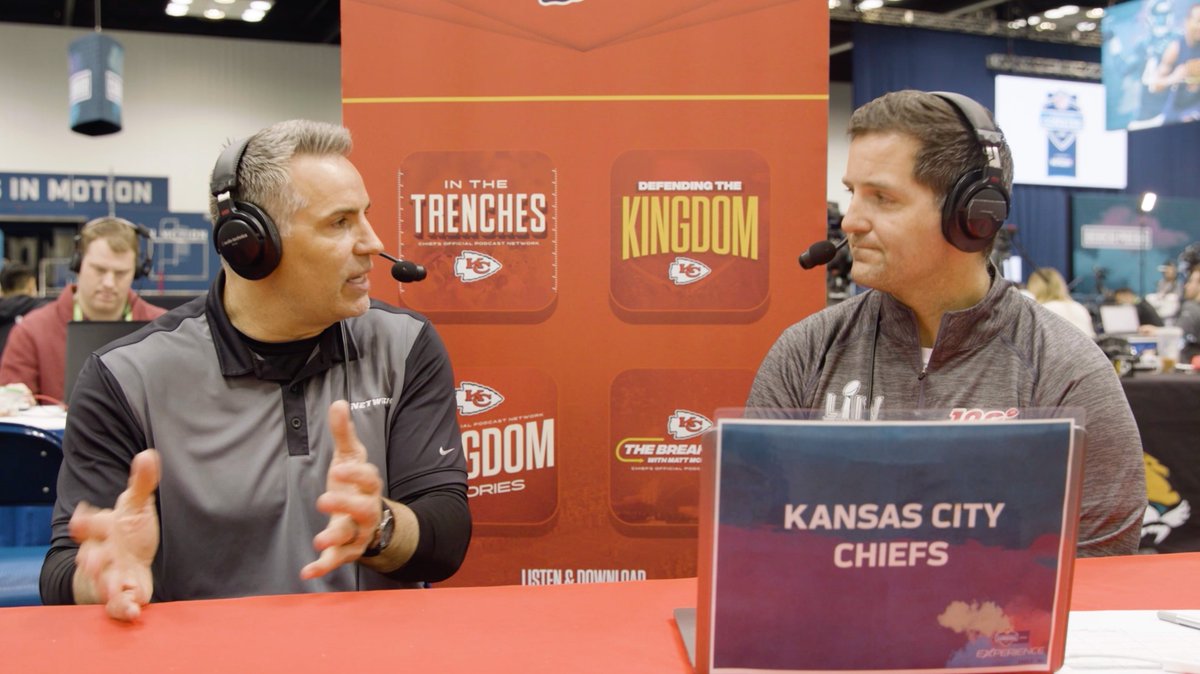 In case you missed it earlier today, here’s our latest “In the Trenches” with @TerezPaylor & @nfldraftscout talking all things #Chiefs’ draft from the #NFLCombine2020 here in Indy.

Today on The Lead, @ByNateTaylor and @nlbmprez take us on a walk through the Negro Leagues Museum and the invaluable contributions black men and women have made to the game of baseball #BHM https://podcasts.apple.com/us/podcast/a-trip-to-the-negro-leagues-museum/id1478448344?i=1000466951212

Blessed is an understatement! Grateful for all my wins & losses in the past .. got me where I’m at today! A message to them youngins back in my neighborhood .. CLAIM YOUR GREATNESS! Real Shoreview Native! #REALES #TMC 4.73 🏁 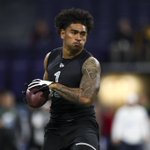 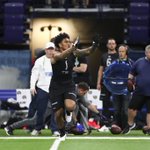 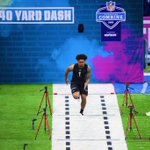 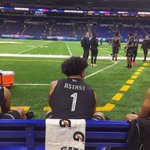 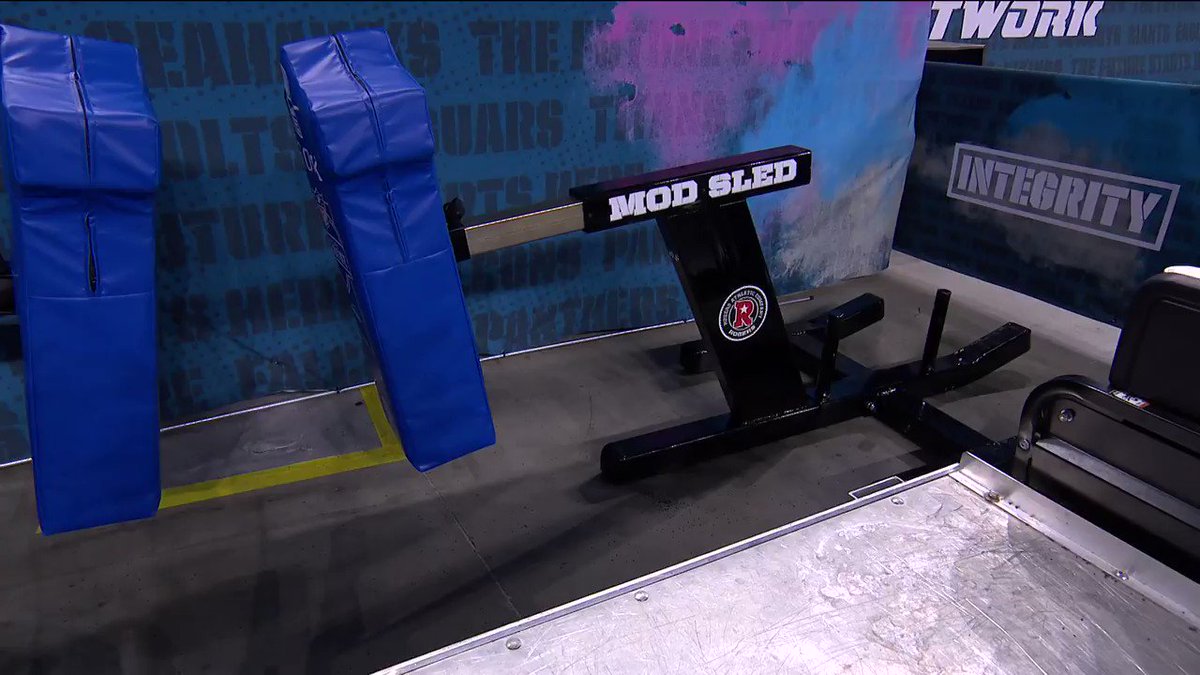 One of the top left tackles, who had the most bench reps for tackles with 30, now runs the fastest 40. Rising... 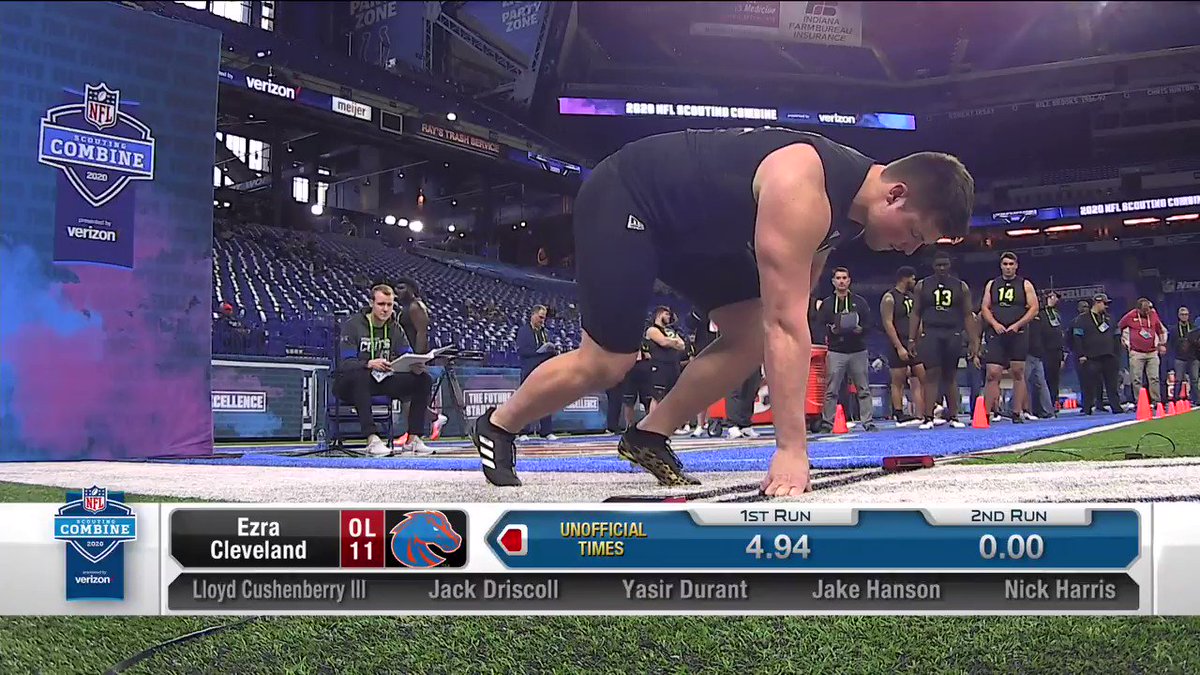 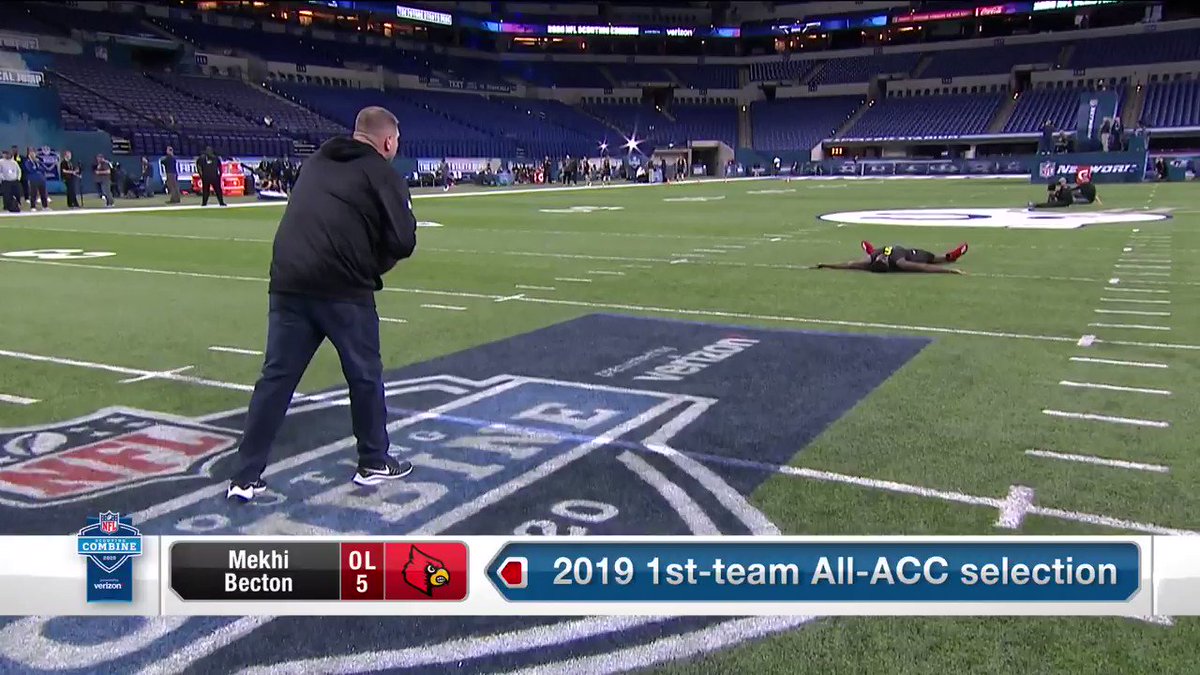 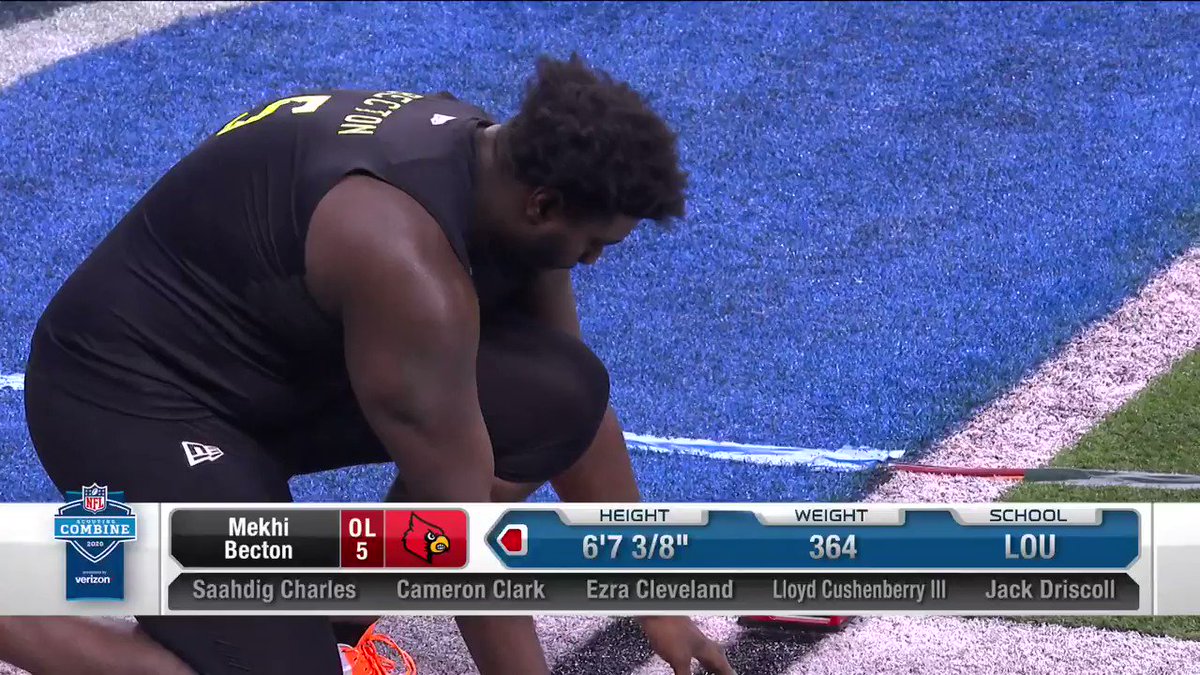 Becton is the No. 5 overall prospect. (via @MoveTheSticks) @UofLFootball

I really don’t understand the whole “revenge” narrative for Hyde. With Houston I could understand it. He was with us for many years. Hyde however was only here a few months. It wasn’t like he spent his whole career here and then we moved on. Carlos….we hardly knew ye….

Not a bad take

Nope, but Captain Obvious already beat them to it.

Leaving for kc this morning. Trying to figure out where to eat/get drunk tonight, (wasn’t impressed with q39 last time) any recommendations?

You should get the pork belly, wings and ribs then. The pulled pork and brisket to me were lackluster. But they make a mean manhattan

Arthur Bryants, get drunk on beer, and see how you fare in the city — that is if you have the balls

My balls dwarf your crazy.

My one hang up is not wanting to wait 2 hours like we did at q39. Don’t need fancy. Just want to experience kc bbq

not what they said

Joes is the one is Kansas correct? We are staying at blue parkway

Way to spin obvious statements and pretend they are unique. You can say that about every good QB.

Every QB in general.

Well I was originally going to say that, but bad QBs don’t become unbad because they stay upright. But in general they do play better.

Yeah, they just become less bad. I see what you mean.

Yes that article is idiotic, watson never throws the ball away half those sacks are on him. Dont blame the line for his mistakes

The PFF article in the tweet perfectly describes how the colts didn’t beat the Chiefs. It has little to do with man vs zone. You show up when WR1, WR1b, the entire left half side of the OL are out and the QBMVP is crippled. Then you run the damn ball and hope Andy doesn’t adjust.

Rapoport takes the lead in the “dumbest tweet of the year” race.

Nah got to be skip. Cowturd at least tries to be logical in his approach. Skip not only has horrible takes, but his defense of them is “I’m right, your wrong. Shut up”

I feel like you’re trying to make a case for which steaming pile of shit smells better than the other.

Cowherd doesn’t really bother me. I take his stuff with a grain of salt because he tries hard to be sensational. Skip is simply a blow hard with no redeeming qualities.

They both make a living trolling, and I have no use for trolls.