Just a very quick post on Frank, so excuse the brevity and sloppiness.

I was going to waste my time and review the first 4 games to chart Clark’s snaps to find out how often he’s actually been “double teamed”, but it turned out a twitter user had already done it for all pass plays.

I had still seen examples used of him being doubled on run plays as if that was the norm, so I decided to at least chart the full Lions game to include run plays as well.

*Note: pro-football-reference has Frank with 63 snaps. I only have 58 snaps. I was having a few issues with the sites I was using to watch the replay, so I probably missed a few plays. But you get the idea. 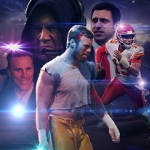 Interesting. Thank you for posting this.

You’re welcome and thanks for speaking the truth

Looks good and it sheds some light on the double-team situation. Thank you for doing this.

Note that Nate Taylor with the Athletic had different numbers, so I guess my only critique is that these are a little subjective based on the stat taker, so hopefully you and OShowKCJared synced up on your numbers consistently. Or if you get a hot minute you could re-watch and then update this Fanpost (but….that would take a ton of time, so if you didn’t I’d understand why).

Appreciate you getting some research together and attempting to create a discussion, instead of just saying “Clark’s a bum like I figured he’d be, look who signed him, what a waste” (which other have attempted to roll out).

I wonder if his coaching with Daly (different guy than Hurtt, and this front 7 scheme is different than Norton Jr/Carroll’s) isn’t impacting things. Different points of technique getting emphasized….I saw you mentioned possible fatigue on the O/T, are we leaving Clark in more as primary rusher & subbing him less than say, Okafor (who got banged up) and Ogbah? I know we run KPass at several spots, so he’s not merely DE depth anymore.

Me, I love Clark’s attitude, he has a killer resume and I think the mentality to fight through this and work to live up to his billing. I believe in the staff, I believe in the player…I just know the results haven’t always been there yet in ’19

My numbers are definitely wrong (because I’ve even got the numbers of snaps off by around 5) but there was much less grey area than I thought there would have been before I started doing it. It was very obvious most of the time.

I did notice that part when Nate mentioned doubles on “almost half the plays when Stafford attempted a pass”, having watched it, even if I was a bit off, there’s no way that was even close to being possible. I can’t even imagine where he got that from.